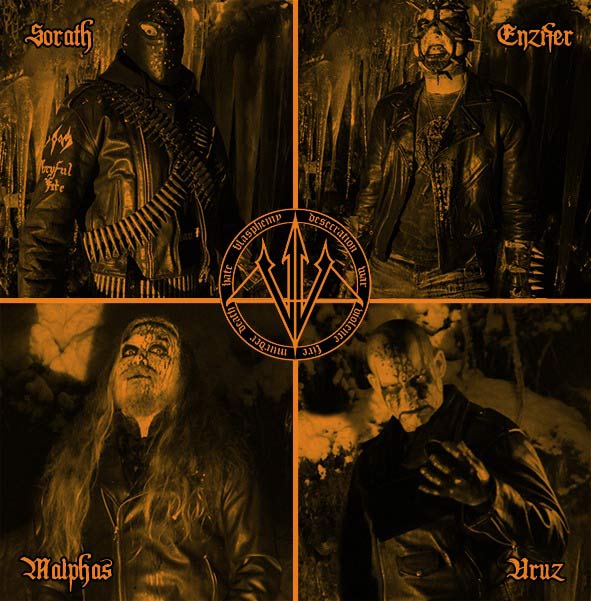 Eighteen years since the release of their first full length album, the wicked and blasphemous Profane Prayer, the devils of Vulture Lord have returned with its successor. Desecration Rite is an unholy assault of malice and malevolence, a shocking affirmation of Vulture Lord’s dedication to the dark. Dripping with spite and venom, a hatred you can taste, the songs that combine to form the Desecration Rite are hymns of annihilation, an adoration of absolute destruction.

The profound intensity of Vulture Lord’s second album should come as no surprise. With members of Urgehal, Carpathian Forest, Endezzma and Beastcraft completing this cruel coven, how could their combined incantations summon anything but the most iniquitous of beasts? Particularly when the song writing crafts of Trondr Nefas continue to play their part, despite his departure from this realm in 2012. The ceremony opens with the grand invocation of ‘Glorification Of The Dethronation‘ and then all hell is let loose – an onslaught of black metal nihilism, the true metal of death. From first single, the battle cry of ‘Bloodbound Militia‘, through the cold darkness of ‘Prepare The Coffin‘ to the sacrilegious contempt of ‘Perverting The Bible‘ there is no place to hide, no glimmer of hope. More than just an album, Desecration Rite is a fearless, ferocious ride into desolate oblivion.

With the strength of that infamous haven of shadows, Odium Records at their side, Vulture Lord are prepared to spread their death worship throughout the world like never before. When the words of the Desecration Rite are spoken in June 2021, then be sure that the end is nigh. The kings of darkness have returned to extinguish the light and no soul will be safe from their wrath.