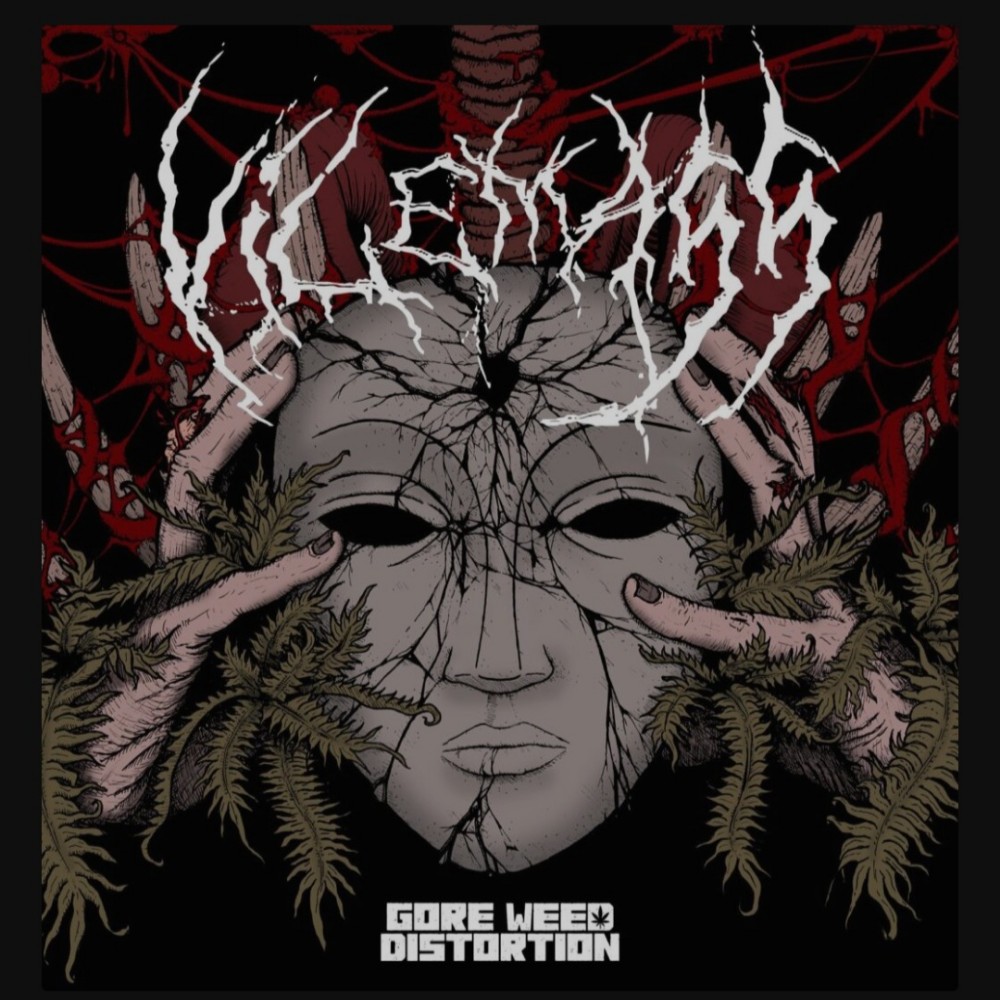 I have picked up "Gore Weed Distortion", the debut album from the Italian deathsters Vilemass, on the strength of the title track expecting even better things revealed throughout the record. The last of the three of Cult Of Parthenope records presented by me (at least for now), is definitely the heaviest and the most brutal. However, upon a closer inspection it reveals problems with songwriting, almost a desert of hooks or melodies, with only the execution and production solid enough to merit interest, with the most palpable flaw a profound lack of variety.

The trio, consisting of Antonio Cosmai (vocals, bass), Pietro Dell’Olio (guitars) and Leo Pizzi (drums) has but one recording before this one, the independently released "Drilled By Bullets" (2016) EP yet, to their credit, theirs is an already original sound even if CANNIBAL CORPSE (mostly), NAPALM DEATH and IMMOLATION (less often) as well as PESTILENCE (occasionally) are easily identified influences. Most songs are kept in a highly technical, in your face, brutal convention and that lack of variety, that one level: brutality strongly reminds me of HATE ETERNAL’s "Fury And Flames". It would be actually fair to call this album a combination of that and Immolation’s "Harnessing Ruin" provided the latter is played at twice the original pace.

There are moments where Vilemass seem to be bored with this one trick pony approach and "Made Of Lies" is a primary example with its doomy, melodic overtones recalling ASPHYX on one hand but also seemingly introducing more of a SLAYERic "Divine Intervention" flavor which is heard throughout all the way until the end. Otherwise, there are moments, such as the MACHINE HEADian groove in the SUFFOCATIONary "Perverse Affliction" or the "Majesty & Decay" Immolationary title track. Unfortunately, even within these tracks the tendency to just overwhelm you with needless technical barrage devoid of a semblance of a hook or melody prevails.

Gentlemen, we take notice of your originality and tremendous instrumental prowess but we would like to hear some actual songs, "Made Of Lies", "Perverse Affliction" and the title track good points to start developing them. I wish you good luck creating a more engaging successor.