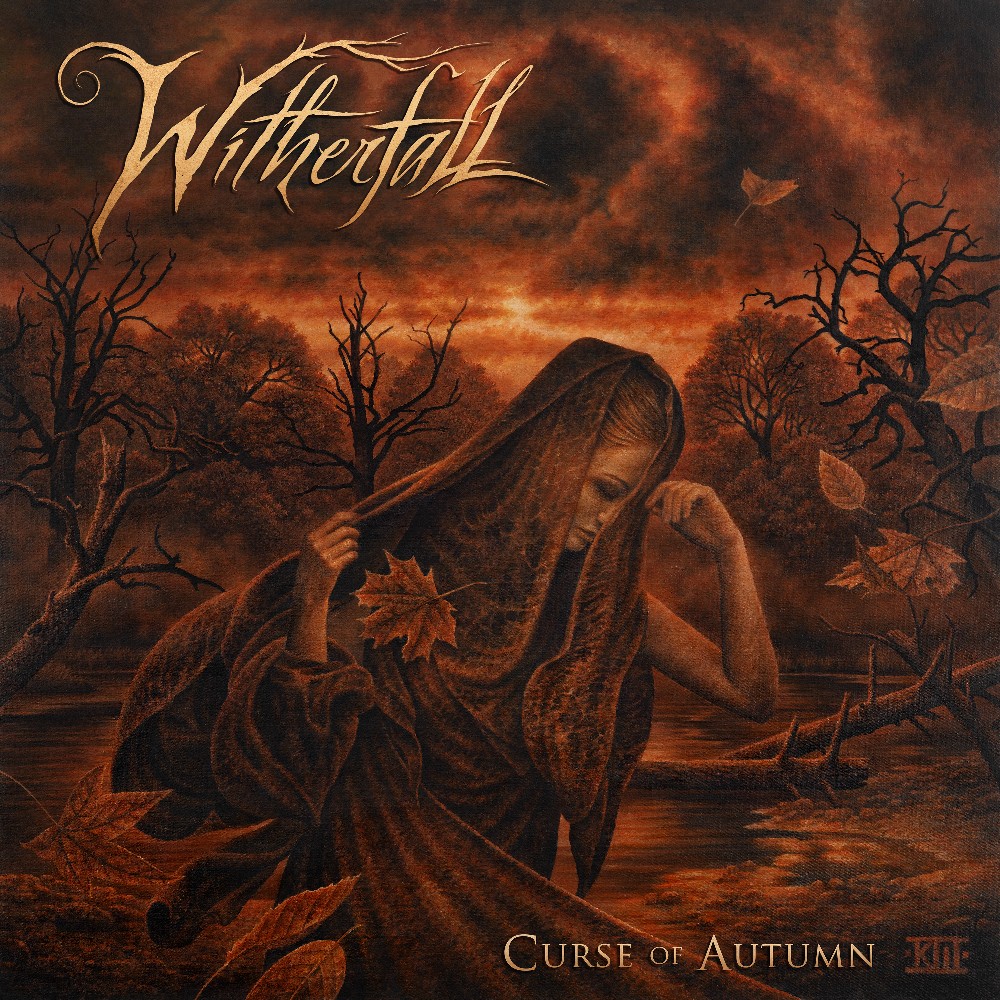 As a foreign born U.S citizen yet a U.S. Army veteran I am in a tough position regarding the 3rd Witherfall’s album. Firstly, it was produced by a domestic terrorist who once was only known for fronting the progressive metal band Iced Earth (IE), Jon Ryan Schaffer, secondly, Witherfall guitarist, Jacob Dreyer, was in IE at the time of the recording. Now, I have permanently parted with everything related to IE on my hard drive so what do I do with "Curse Of Autumn" which, admittedly, is very good album, howbeit smeared with Schaffer’s spiritual DNA? What convinced me to treat this on its own merits, regardless, is the fact that, following the terrorist attack on U.S. Capitol, Dryer, vocalist Stuart Block and bassist Luke Appleton left IE leaving Schaffer with just the like-minded drummer Brent Evan Smedley. I am sure none of the three ex-IE members want to have anything to do with domestic terrorists no matter how long known and involved in their lives.

Witherfall had started by Joseph "Joe" Michael Furney (2013- Vocals, Keyboards), Dreyer, Anthony Crawford (bass) and Adam Paul Sagan (drums) in 2013 but it took them 4 years to release their independent debut, "Nocturnes And Requiems" (2017), meanwhile losing Sagan to lymphoma (2016). Upon gaining Alex Nasla (2018-keyboards, backing vocals) and a contract with Century Media, Witherfall issued the follow-up "A Prelude To Sorrow" (2018) and installed Marco Minnemann behind the drum kit 2 years later, just in time for the recording of "Curse Of Autumn".

Whether judging this record on its own merits or as a Witherfall creation, it is massive, weird, mostly original and often incredibly infectious. While the 1st cut following the brief instrumental "Deliver Us Into the Arms of Eternal Silence", "The Last Scar" is by the numbers IE and therefore not as interesting, the thrashy "As I Lie Awake" is fantastic, bringing NEVERMORE and INTO ETERNITY to mind with a chorus that will never leave your head, once implanted. The progressive near-death metal of "Tempest", recalling early DREAM THEATER, latter DEATH and contemporary MACHINE HEAD, as well as the BIOMECHANICAL thrasher "The Other Side Of Fear" with another addictive chorus, are both testimonial of Witherfall’s technical and songwriting prowess but all of it seems just a prelude to the spectacular 15 minute behemoth "…and They All Blew Away" which can only be compared to NEVERMORE’s song "This Godless Endeavor" in aim, fire and destruction it leaves in its path. This single track, which privately currently rings a loud bell with its wish to just blow one’s enemies away forever, merits a 4.5/6 album score because it is there, amidst the QUEENSRYCHEian melodic chorus, IRON MAIDENic duels and thrash-death latter DEATHly guitar fireworks where you realize how scary good these guys are and how unjust it would be to ignore them just because the producer turned out to be a militant lunatic long overdue for an indepth psychiatric evaluation.

However, the album does not, in my view, maintain a consistent level of fantastic, and I think it is because Witherfall got carried away on the progressive side. Accordingly, the over 5 minute "Another Face", while featuring some brilliant Dream Theatrical acoustics with Joe Michael’s Kevin James LaBrie-like vocalizations and technical duels while almost plagiarizing ANATHEMA’s "Under A Veil (Of Black Lace)" in heavy riffing, it feels like an aimless 3 minute prelude to something greater. Similarly, but actually short in this case, the all-acoustic title track gives way to the instrumentally impressive but distracting heavy instrumental "The Unyielding Grip of Each Passing Day" and we’re already on the 8th track out of 11 cut record, and that’s when you overlook the fact that the closer is an acoustic cover of Boston’s "Long Time".

"Curse Of Autumn" is an impressive but a frustrating record for many reasons stated above but it does establish Witherfall as a leading contender to replace the sorely missed Nevermore if they only get more consistent and less experimental. At a bare minimum, listen to "…and They All Blew Away" for a similar conclusion.