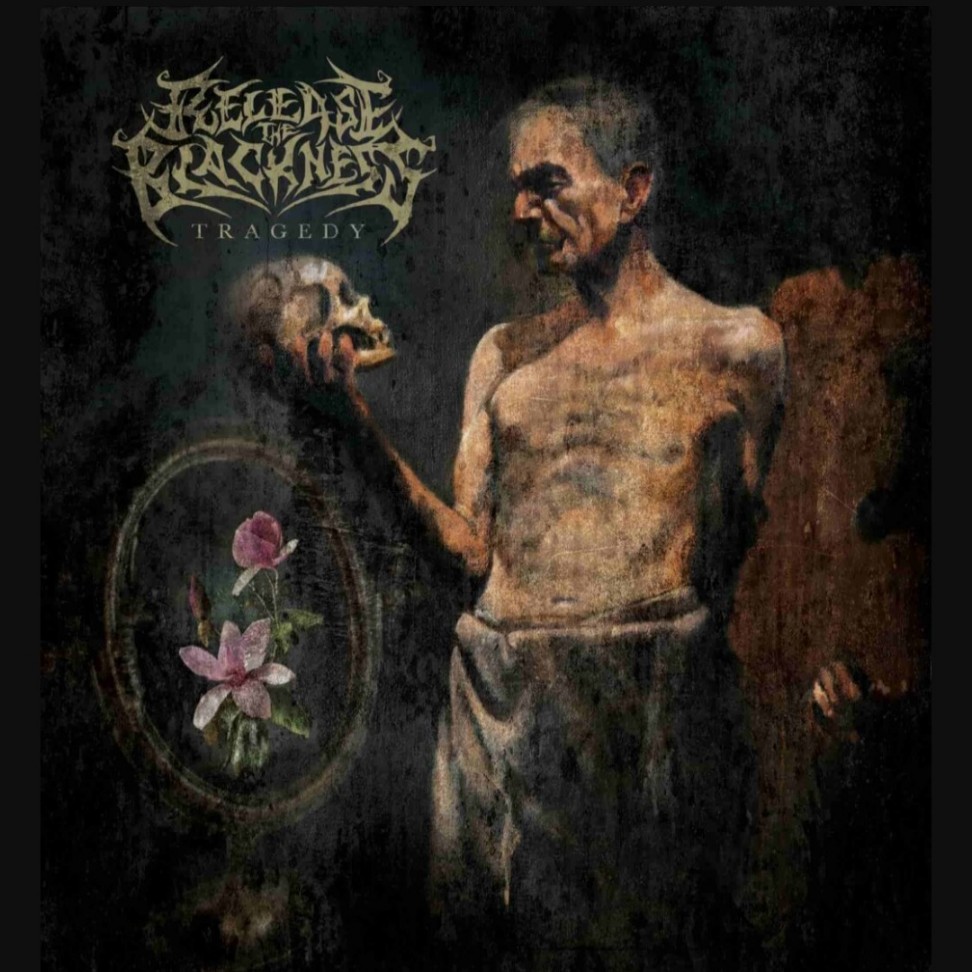 Out of the 3 chosen releases from the Italian stable, Cult Of Parthenope: Gates Of Doom, Vilemass and Release The Blackness, that last one is definitely the most interesting. Essentially, their debut full length, "Tragedy" could have been written by Matthew Kiichi „Matt" Heafy somewhere between his CAFERNAUM and TRIVIUM’s "Embers To Inferno" days, that special point where he still seamlessly fused death, thrash and hardcore into a unique, sometimes melodic blend but ALL SHALL PERISH’s "The Price Of Existence" and "Awaken The Dreamers" rear their deathcore heads also here and there, for an overall satisfying if debutwise flawed meal.

Release The Blackness began in 2015 as Release The Kraken (so did not, sorry, couldn’t help it). In 2017, Rocco Minichiello (guitars, vocals), Cristian Lomazzo (guitars), Adelchi Romano (bass) and Mariano Pastorelli (drums) had independently released their first recording, "Antares" EP, after which Pastorelli left replaced by Fabio Parisi with whom the lineup entered the studio to create their debut full length, "Tragedy", released at the end of last year.

"Tragedy" is no easy listening, far from it. It’s main foundation is, doubtless, death metal, even with the 3 out of 10 tracks being instrumentals. The album opens in a very similar way as Trivium’s "Ascendancy", "Trenodia" a beautiful atmospheric opener quickly employing full electricity right before morphing into the first track proper, "Ancestral Inheritance" which, despite the inherent brutality, brings synth-driven atmospherics of FALLUJAH, while the surprisingly clean vocalizations transitions for more melody resemble the late 2000’s MACHINE HEAD, but that’s not even the best track. The drill-like riff opens the very technical "As Cold Snow And Flesh" recalling the now defunct fellow countrymen DECEPTIONIST, which is more interesting and yet still not the best the album has on offer. That honor belongs to "Samsara" and "The Flower On The Precipice" which reveal Minichiello & Co. as a band aiming high on the progressive latter. The former may be a whopping over 9 minutes but it is wonderfully balanced across every minute, featuring some creepy guy talking about how life is all about suffering and vain attempts to avoid it and that no light exists without the accompanying shadows, clearly a Buddhist nod, while REVOCATION is revealed as the main inspiration for the genre medley tendency. The latter is shorter but I can hear OPETH, fully aforementioned Revocation, FEAR FACTORY and 2004 LAMB OF GOD for probably the catchiest track which seamlessly morphs into the closing instrumental "The Bloom Of Solitude", an apparent brother of TRIVIUM’s "The Crusade" title cut, all wrapped up in less than 50 minutes.

"Tragedy" may suffer from overwhelming technical approach over hooks and melodic values but the best tracks show a tremendous promise. I think the follow up will establish them as one of the innovative leaders in Italy as the production and execution is already top notch and only the songs need some tweaking.

LETARGO – The Power Of Genetic Manipulators