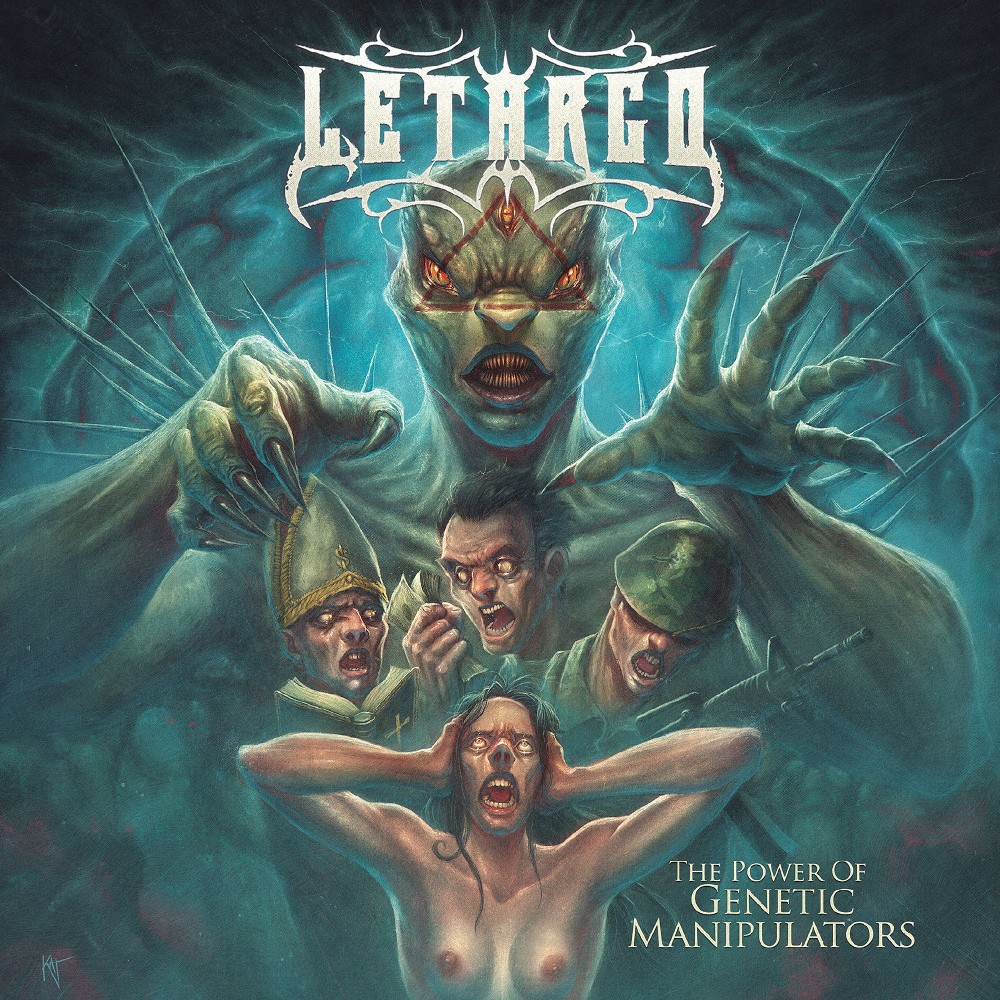 LETARGO – The Power Of Genetic Manipulators

How long has it been since a band tapped the early melodeath vein where IN FLAMES’ "The Jester Race", DARK TRANQUILLITY’s "The Gallery" and AT THE GATES’ "Slaughter Of The Soul" bled to become a floodgate for that new genre in death metal? If you miss those days, that sound, those stylings, the Chilean quartet has your number with their 2nd full length "The Power Of The Genetic Manipulators".

Letargo appears to be that missing link between ARCH ENEMY’s "Black Earth" (1996) and "Stigmata" (1998), formed in 1998 by Fernando Carúz (vocals), Cristian Bustamante (guitars), Rodrigo Illesca (guitars), Pedro Pablo Medina (bass-2014) and Mauricio Bosso (drums). The band had released "Natural Hate Feelings" demo (1999) and "Hunting Your Spirit" EP (2007) before securing a contract with Australis Records in time for their debut full length, "Nocturnal Genesis" (2014) but not before exchanging bassist Medina for Patricks Pardo, a lineup which persisted through the recording of this, "The Power Of The Genetic Manipulators" released at the end of last year on the same label.

At first, after the short Intro (Feel the Truth), "Ten Million Lies" gives the impression of just a normal Swedish death metal album with a slight melodic ideation but already "Origen Real" waxes more melodic and traditional, while "Broken Trust" even has a distinct chorus with pseudo-clean vocalizations. With "Interrupted Journey" and "Freedom" bands like early SLAYER and DECEASED come to mind but it is the fantastic the favorite "Messianic" that shows them at their best, as do the BLACK SABBATHian "Mirror Of A Dark Conscience" as well as the "Necrotiscism" CARCASS and early SOILWORK driven closer "Cosmic Eruption", needless to say, the gritty rusty and heavy production perfectly suited for the stylings.

Not all tracks are equally great and the aforementioned "Ten Million Lies", "Origen Real" as well as "Datura Inoxia" could have been better, despite that last one’s excellent melody recalling KILLSWITCH ENGAGE’s "Vide Infra" and vocals and riffing straight from Slayer’s "Hell Awaits", but Letargo’s 2nd album is fun for a classic melodeathster so if that sounds like you you already know what to do.