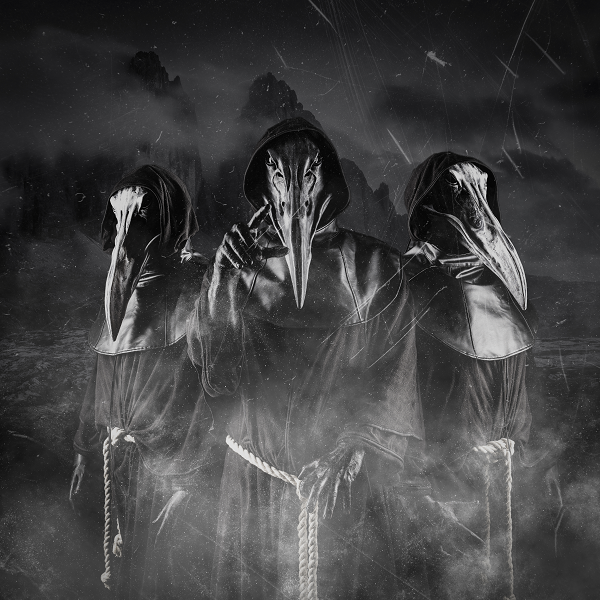 With just a month to go to the release of HYMNR’s debut full-length album "Far Beyond Insanity", a second track from the album makes its debut.  Titled "Part.III" the track video can be viewed here

Describing themselves as a "Black Metal band from unknown parts of the world" HYMNR plays its cards very close to its chest when it comes to its lineup, saying little more than that it is comprised of V on Vocals, V1 on Guitars and VII on Drums.

Intriguingly, the band did have this to say regarding both its formation, and its music:

HYMNR is an entity, a formation that spawned itself.  The music, the story, and the concept of HYMNR is its own tale, charting the tragic path that has led the world, humanity, and religion on a downwards spiral.

HYMNR is not so much a band as a concept that sets forth the old anguish-filled tales of how it all ended up where it did.

What HYMNR is, no one can say, except maybe the induvidual minds of the ones who are willing to embark on this journey.

HYMNR  needs to be heard and seen, and, above all, felt.

Mixed and mastered by Christer Krogh at  Velvet Recording,  and with artwork by David Thiérrée, tracklisting for "Far Beyond Insanity" is as follows:

"Far Beyond Insanity" will hit the streets on the 23rd April in in CD, Digital and LP formats on Saturnal Records.

Additionally, a  Special Edition Vinyl , limited to 10 copies, which will contain a poster and a patch, will be available only directly from HYMNR.

The limited edition of "Far Beyond Insanity", along with other formats,  is available to pre-order from https://www.devilryproductions.com/shop

"Part.I", another previously debuted track from "Far Beyond Insanity"  can be heard at https://youtu.be/ehqu_R7TBJg