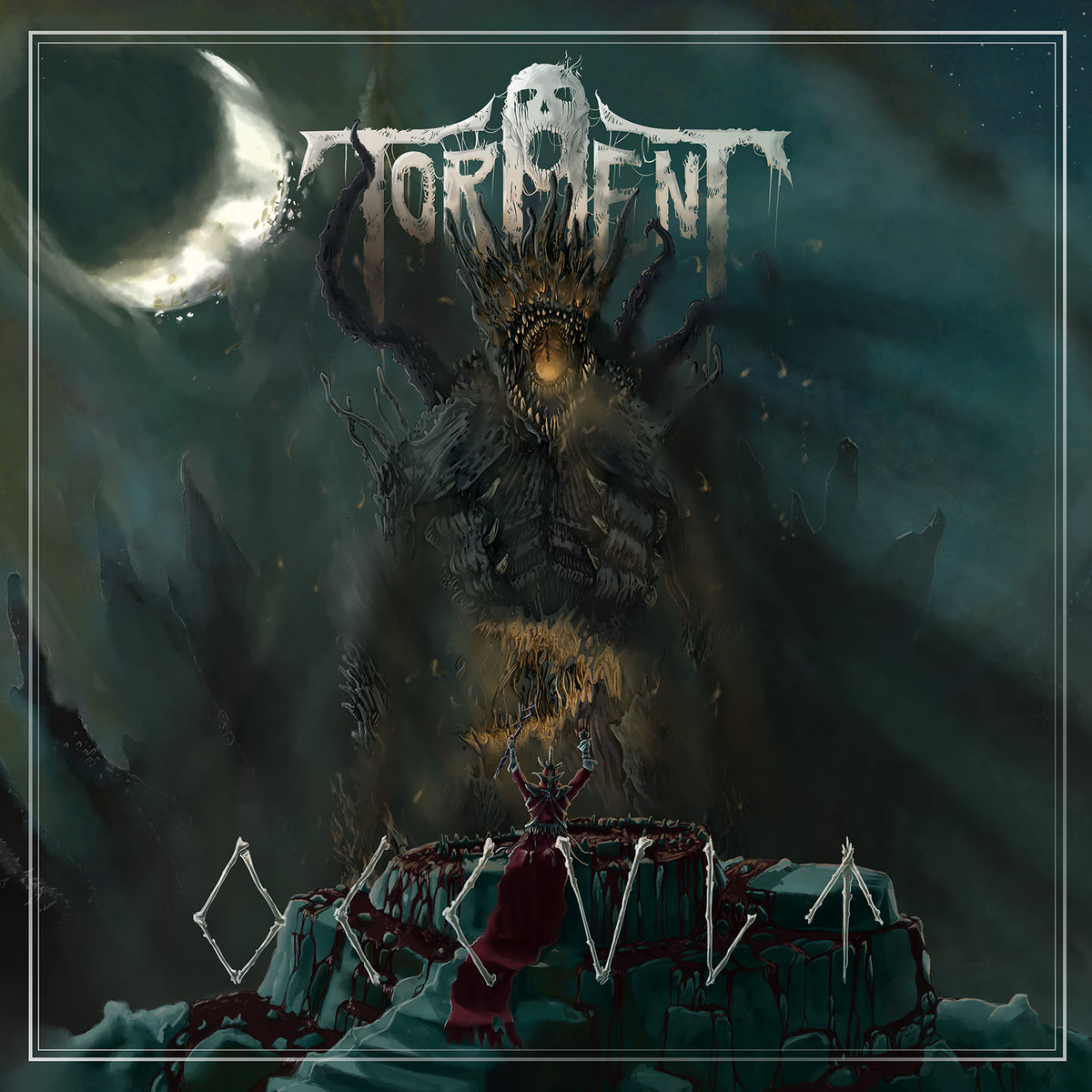 Torment is a French combo that dabbles in old-school death metal with a few black- and thrash influences to it, and "Occult" boasts plenty of grinding parts, crushing breakdowns, groovy riffs, and foul vocals. From a purely musical perspective, these guys offer something that is quite familiar and pretty damn easy to digest in the sense that you have heard exactly this type of pulverizing metal a hundred times before, but only an idiot would claim that Torment lack the ability to churn out some meaty and captivating tunes that reek of death and decay.

I love the fact that it sounds somewhat unhinged and unpolished at times, which in turn adds an organic and vibrant feel to the proceedings. While the quality of the record primarily lies in the fact that the songwriting is good and that the riffs are dark and nasty, "Occult" also possesses a brooding and occasionally melancholic nature although those aspects of the album are arguably a little more subtle. Its content may sound conventional to some (and I would hardly call it innovative myself), but it totally manages to suck you in and attract one’s interest and attention. The only thing that sets my teeth on edge from time to time is the sound of the hi-hat, so there is room for improvement in that particular area.

If you want fancy a taste of what "Occult" is and what it sounds like, you might want to give the varied and moody track entitled "Locked Away" a listen. Evil and entertaining underground metal!