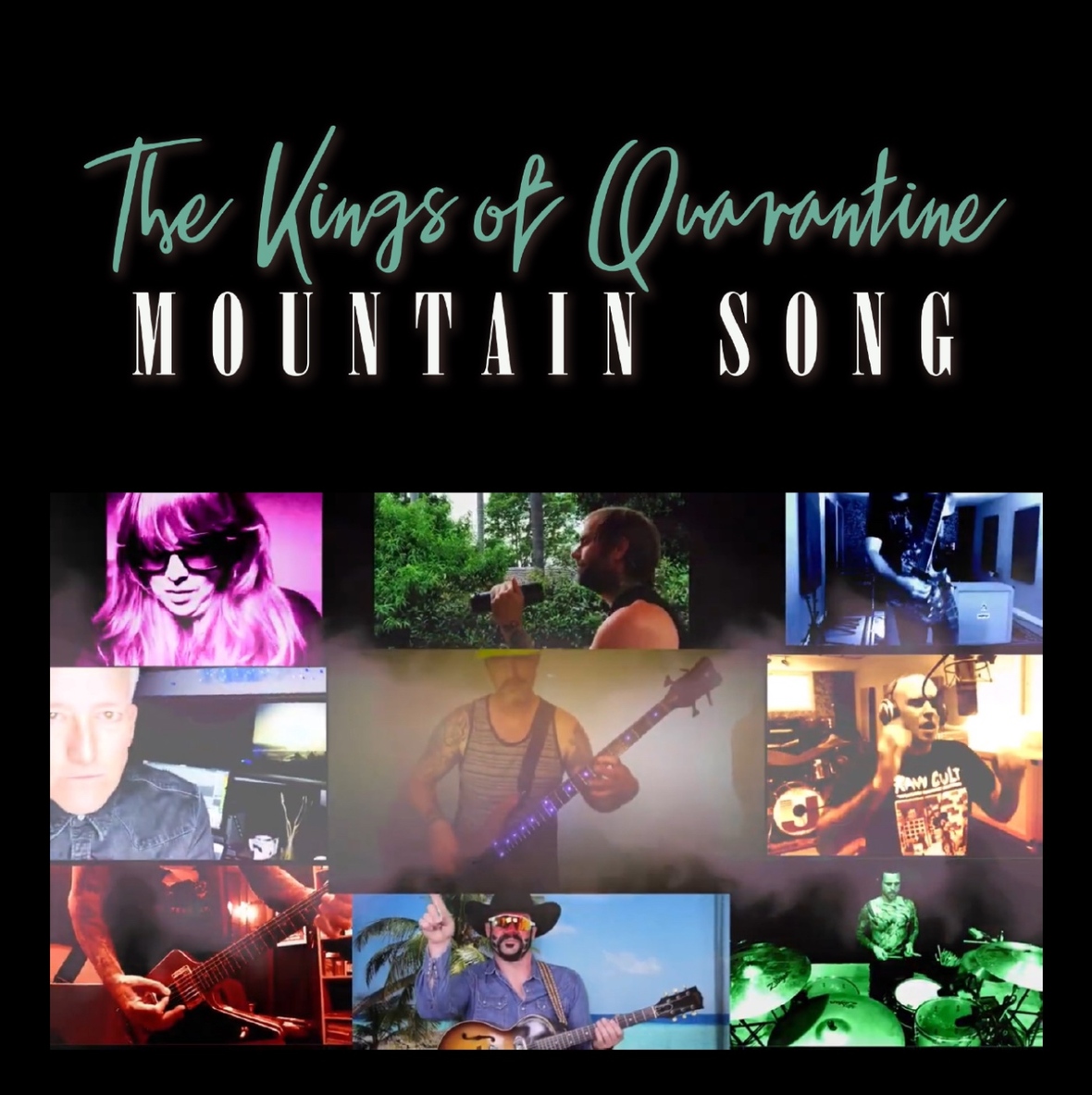 The Kings of Quarantine–feat. Members of SLAVES ON DOPE and MASTODON–Team with Members of LIMP BIZKIT, IN FLAMES, 311, VERUCA SALT, FILTER, & THE USED to Reveal Stunning Cover of JANE’S ADDICTION’S "Mountain Song"!

100% of Proceeds to Benefit ROADIE RELIEF!

Hot on the success of their cover of FAITH NO MORE’S legendary 1987 single "We Care A Lot," SLAVES ON DOPE’s Jason Rockman and Kevin Jardine, along with Bill Kelliher of MASTODON, are back with their project, THE KINGS OF QUARANTINE, this time with a brilliant cover of JANE’S ADDICTION’S iconic 1987 "Mountain Song." The new video features a myriad of artists including Wes Borland (LIMP BIZKIT), Tanner Wayne (IN FLAMES), P-Nut (311), Louise Post (VERUCA SALT), Richard Patrick (FILTER) and, Bert McCracken (THE USED). One hundred percent of the profits for "Mountain Song" will be donated to ROADIE RELIEF, a fundraising effort to aid qualifying Roadies who have submitted an application for financial help during the Covid-19 crisis.

THE KINGS OF QUARANTINE came together in 2020 after a discussion between Jason and Bill about possibly collaborating on a cover song. "Mountain Song" is the second installment in a series of covers that will be released throughout 2021 in an effort to bring some joy and entertainment to music lovers worldwide.

"We hope to not only put a smile on people’s faces, but also help the touring staff that have been severely affected by the pandemic", says Jason Rockman. One hundred percent of the profits will be donated to Roadie Relief, a fundraising effort to aid qualifying Roadies who have submitted an application for financial help.

After the success of their first release "We Care a Lot," which brought awareness to the cause and stands at 370,000 views on YouTube and counting, THE KINGS OF QUARANTINE have no plans of slowing down!