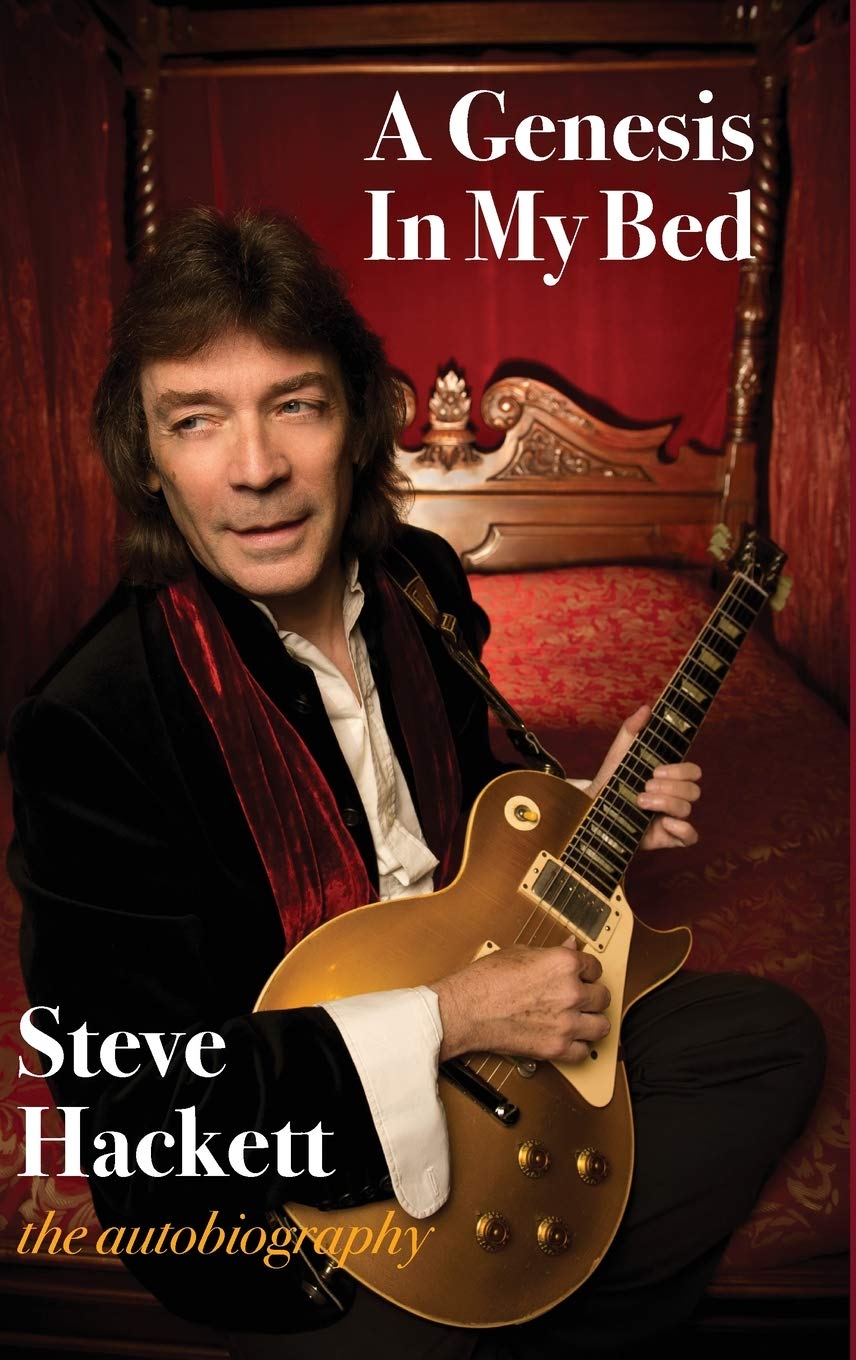 STEVE HACKETT – A Genesis in My Bed

I had the great pleasure of receiving a review copy of legendary Genesis guitarist Steve Hackett’s incredibly enjoyable autobiography amusingly entitled ”A Genesis in My Bed”, and I might as well start out by telling you that I had a fabulous and fun time reading this one.

From his upbringing in the bleak surroundings of Pimlico, London to his teenage years and further on to his aspiring years as a young professional musician and eventual get-together with the other supremely talented members of Genesis, Hackett takes us through all the highs and lows of his life and career. Whether he is at home in London, working tirelessly in various recording studios, or out on the road for that matter, we follow him wherever he goes. There is warmth and a certain charm to the way in which the narrative unfolds and how it is told, and Hackett has an impressive ability to translate his thoughts and emotions into words, especially when it comes to evoking the essence of his fears and insecurities and the things that have haunted him over the years.

It is an informative and inspiring read with respect to his past work with Genesis and what that meant (and still means) to him as well as his rather formidable solo career and how creatively stimulating this entire endeavor is on so many different levels. Those early years of Genesis constitute some excellent chapters in the book, but I do think the 90s and early 2000s were slightly neglected and glossed over to a certain extent almost as if there are mere footnotes in the overall chronicle. Those periods and eras of his life could have been elaborated on and discussed in more detail, but luckily, none of that is the case with the 2010s, and given that I personally find Steve’s work these past ten years some of the most captivating of his, the final few chapters of ”A Genesis in My Bed” are a personal highlight of mine.

”A Genesis in My Bed” is a perfectly balanced portrayal of Hackett’s life and career; it is insightful with respect to his musical affairs and visions as well as the inner workings and mechanism of his private life. A rewarding read for sure and most definitely one that fans and lovers of progressive rock in general ought to invest their time and hard-earned cash in as it is beguilingly honest, candid, and entertaining.