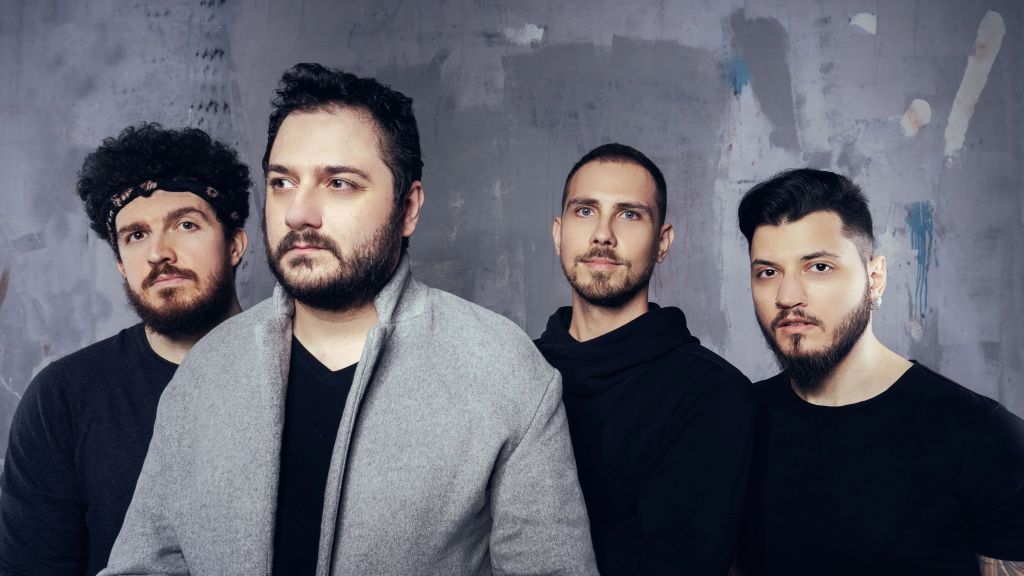 Critically acclaimed Romanian progressive metal band White Walls is releasing its third album "Grandeur" on the 23rd of October. On the 9th of October the band released the second single titled "Eye For An I". Today the accompanying animated music video created by David Pagaille premiered on Prog Sphere. You can watch the video below

"Grandeur" opens a whole new spectrum of musical pathways and offers a more mature sound 7 years after the release of previous full-length effort "Escape Artist". Paying attention to all details the band got the talented Forrester Savell (Karnivool, Make Them Suffer, Animals as Leaders) to take care of mixing and mastering. After the success of the first single "Starfish Crown", the band wanted to once more create something special.

About the concept behind the song, bass player Șerban comments: "The second single off our upcoming album "Grandeur", "Eye For An I" is a relentless banger that hammers away at the human foil to create and single mindedly follow idols, gods and false leaders into conflict against eachother, against our collective need for tolerance and solidarity. The soaring chorus reminds us that we can achieve something greater, and the hauntingly beautiful bridge drives the point home."

Discussing the music video, Șerban adds: "The animated video was created by an extremely talented animator by the name of David Pagaille; we showed him Radu Damian’s artwork, sketches and overall character concepts for the album artwork, and we told him to go wild reimagining that "world" in a different style. We were blown away by what he managed to do with the imagery, David is a wizard for sure!"

Grandeur is available for pre-order here