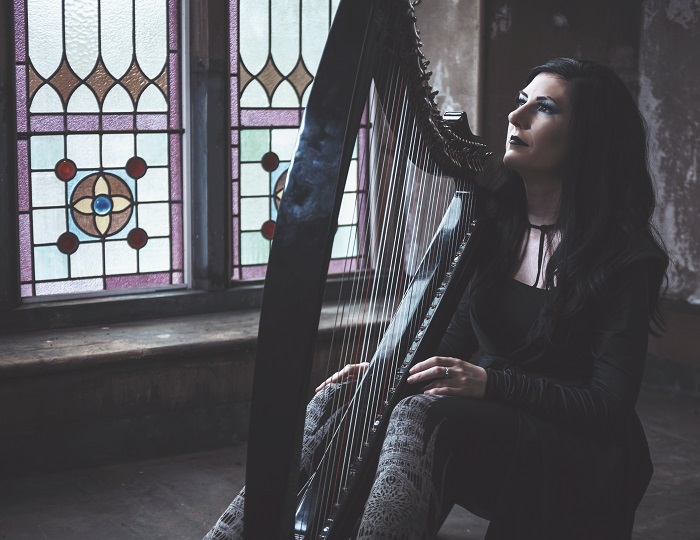 Juno nominated singer/songwriter LINDSAY SCHOOLCRAFT (Formerly Cradle of Filth) has just released a video for her song "Dance On the Strings". The track is from her upcoming album "Worlds Away" which will be released on October 9th and features Dagda of Celtibeerian on Viola.

Lindsay commented  “Dance on The Strings is a very old song of mine that’s finally found its time to shine on “Worlds Away”. Between it being transferred to the harp and Dagda’s string work I think this song best represents the sound of this new album.”