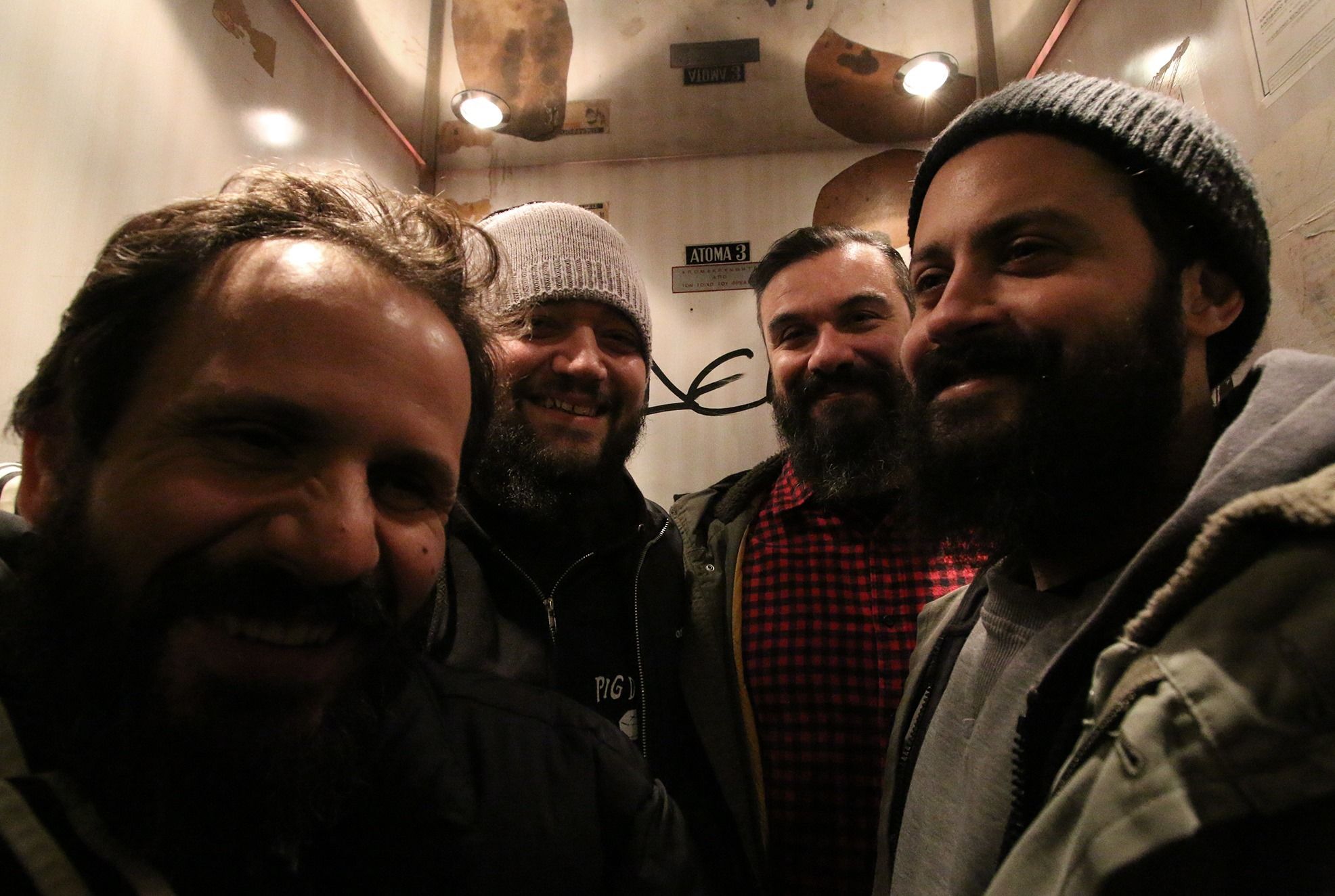 Athenian noise-rock quartet Krause are back with a 7-inch featuring a pair of new tracks. The single is split into "The Vague Outlines of Almost Recognisable Shapes" and The Fraternity of Lost Men-Children", the band’s first new material following up their sophomore album "The Ecstasy of Infinite Sterility".

KRAUSE – "Vague Outlines of Almost Recognisable Shapes" – The 7-inch has been released this Record Store Day (26 September) via Inner Ear Records. Band says: ""Vague Outlines…" captures the frustration and anger we have been feeling as people and as musicians over the past few months. It serves both as a reaction to the prevailing sociopolitical situation and a taste of what is to come from Krause in the future."

"Opening with uber menacing and gnarled guitar riffs, it strikes the perfect balance between noise rock fuzz and hardcore knife’s-edge sharpness. Filtered vocals spit over the whole thing; bleeding seamlessly into chaos that bludgeons you into submission, before some gleefully agitated lead work takes center stage and closes the track. It’s abrasive. It’s mean. It’s terrifically in-your-face. That being said, there is a sly knowingness here, and a low-key groove that keeps things from dipping too far into noise or pretension. It’s anthemic smash-the-order chaos – a vibe the band happened to be consciously going for." – EVERYTHING IS NOISE

Heavy-as-all-hell Athens, Greece noise rock quartet KRAUSE formed in 2016 and exploded onto the scene in 2017 with its massive debut LP 2am THOUGHTS (Riot Season). Next came the equally well received The Ecstasy OF Infinite Sterility in 2019, a brutal, sparsely melodic monolith of an album.

Featuring veterans of various scenes and genres (active and past members of VULNUS, Cut off, Rita Mosss, Casual Nun, Progress of Inhumanity, Dusteroid and Straighthate), KRAUSE play AmRep/Touch and Go inspired heavy noise rock and put on an equally unforgiving live show to go with it.

The Vague Outlines of Almost Recognisable Shapes/The Fraternity of Lost Men-Children 7inch serves as a harbinger of things to come. Two slabs of uncompromising sonic violence, heavy yet catchy, that give an inkling of what KRAUSE have in store for us in the future.

Out on limited edition 7inch single and digital via Inner Ear Records.