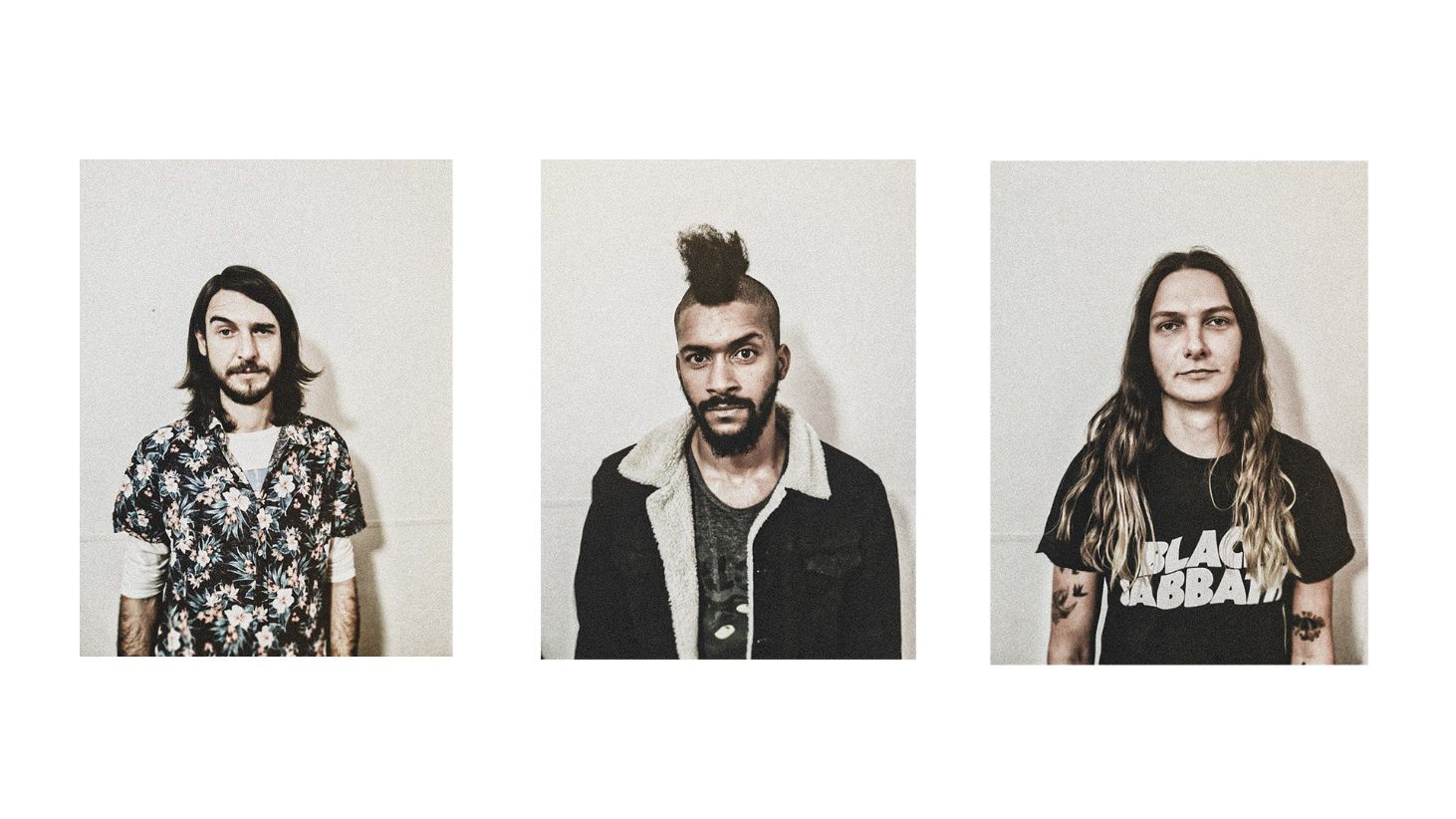 "When hell is full, the dead will walk the earth – turns out they like rock ‘n roll too." – Ruff Majik

Lead Pills And Thrills is the third single to be released from The Devil’s Cattle, the upcoming album from South African stoner rock collective Ruff Majik. It’s the first one to feature long-time producer and new member Evert Snyman plus founding member Johni Holiday front and centre on vocal duties. It’s also first time the band experimented with piano driven rock ‘n roll. Lyrically, the song deals with crippling addiction to both lost love and alcohol.

The video is the conceptual follow up for the animated feature for previous single Who Keeps Score.

"Jimmy (bassist) and I are both out in the wasteland, being pursued by zombies. Evert has been taken hostage by a zombie horde to be the personal piano man for their bar – and we set out to rescue him. Once there, we discover we’ve have fallen right into a clumsily planned trap.", laughs Johni.

This music video (as with the previous videos and album art) is a love letter to B-grade horror and action movies, and this vision was captured perfectly by Tiger And Lilly Productions.

The Devil’s Cattle releases on the 30th October 2020 via Mongrel Records.

Ruff Majik was originally formed in 2012 when the band moved from Lydenburg to the realm of Pretoria. They entered the city as a three piece (Holiday, Glass, Manchino) and conquered the labor force together with no real experience in the scene, but a certain drive and ambition that only gods could counter. After three years of adjusting and playing only a few shows, the band finally made the decision to release some music.

Fast forward to 2015 when The Bear (an EP roughly inspired by the DIY ethos of Black Metal recording techniques) was released and got the band some mild forms of recognition. The Bear was recorded with two mics in a garage which ultimately explains its grit and distortion. Soon after the release of the first EP, Bobbejaan pushed the band onto a few line ups which put the band on the map and introduced them to Temple of Doom and other folks in the scene.

Shortly after the release of The Bear, The Fox was recorded and released which led to more shows and a spot in the then newly established South African doom/stoner scene. The Swan stuck its neck out the following year, 2017, which lead to more touring and a busier schedule for Ruff Majik and talks of touring the globe came about. Seasons came very soon after and attracted somewhat attention internationally. Freak Valley festival reached out and it led to a German/Austrian tour with The Devil and the Almighty Blues in early 2018. That same year Ruff Majik played Sonic Blast Moledo in Portugal. The creation of Tǻrn started after the tour and was recorded in October 2018.

Seasons was released through Rock Freaks Records (Germany), while Tǻrn was released through Lay Bare Recordings (Netherlands) which led to a lengthy Europe tour and a nudge in the right direction during 2019. The tour included festivals like Smoke Over Warsaw (Poland), Rock in Bourlon (France), Bevrijdigings Fees and Sonic Whip (Netherlands). The band circled back to South Africa for a brief intermission before heading back to the EU to play shows like Desertfest (Antwerp) and Keep It Low (Munich). After sharing the stage with bands like Black Pyramid, SLEEP, EyeHateGod, All Them Witches, and other acclaimed acts, Ruff Majik headed home to work on a rebrand which included switching to a modular band agreement. This means that members can be switched out to fit into touring schedules. Ruff Majik therefore added Cowboy Van, Evert Snyman, and Tommer Wallace to the brew to meet the demands of touring.

Ruff Majik is currently signed to Mongrel Records, an imprint of Just Music, and will be releasing a new album in due time. The album is equal parts Johni Holiday and new member Evert Snyman and was recorded late 2019.

“Ever imagined what Uncle Acid & The Deadbeats might sound like after inhaling a load of Wolfmother records, then downing a large pot of really strong coffee?” – Classic Rock

“I’m beginning to pick up on a distinctive sound and style belonging to Ruff Majik and them alone.” – Doomed & Stoned

“There’s an authenticity to Ruff Majik that is just as valuable as the other metallic exports from their homeland even though no amount of gold can buy it.” – Invisible Oranges