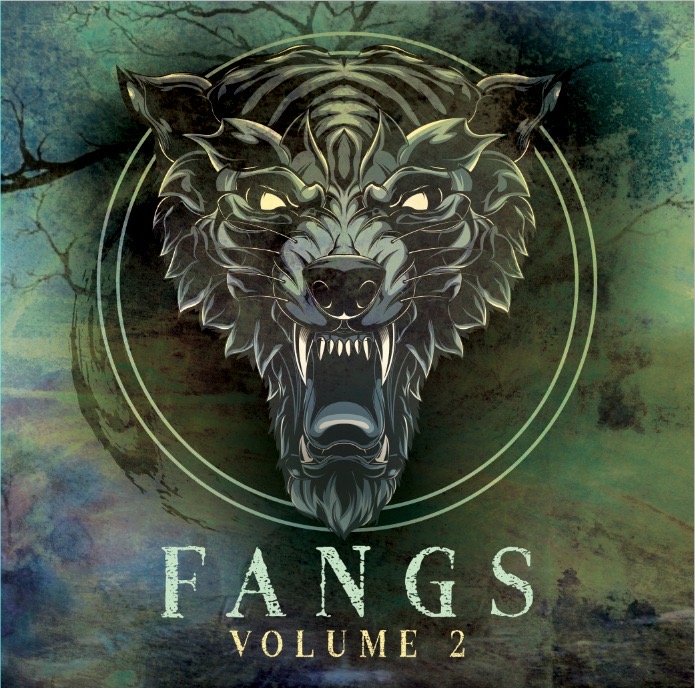 Mongrel Records is proud to present Fangs Volume. 2, a second compilation of heavy music from the smouldering African underground, with a solid focus on the South African scene as it rises hungrily from the debris of 2020. Amongst the 14 varied tracks are established acts such as Facing The Gallows, Scarab, and Vulvodynia, with some killer jams from newer bands like Monstroid, State Dependency, Papang, and a buffet of other tasty sonic dishes. As with the first volume, Fangs Volume 2 is a peek inside an oft-overlooked African scene that has all the quality and intent to go the distance, and it makes for a hell of a listen!

“This time around we tried to include more bands from across Africa. There’s a lot of talented musicians on the continent, the driving force behind Mongrel Records is to offer African rock and metal bands the level off support they deserve. Hopefully with FANGS we can make the world sit up and take notice of our incredible and diverse scene. “ Remarks Mongrel Records label manager Warren Gibson

01. FACING THE GALLOWS "SMALL HANDS" – Now in their 13th year as a band, Facing The Gallows have more than paid their dues and are now at the height of their powers. "Small Hands" perfectly showcases their blinding metalcore attack, packed with violent riffs, soaring vocals and grim growls, and breakdowns that will level one and all.

02. PAPANG "MY ENGINE BURNS" – Hailing from the island of Réunion, Papang manage to stretch the vast genre of stoner rock from a 90’s alternative groove to the very depths of desert rock from a unique vantage point. "My Engine Burns" is a journey from recognisable climes to valleys of distortion-laden jams – this is a band that can do it all with attitude and meaty chops.

03. DIVIDING THE ELEMENT "PAKAIPA" – Zimbabwe’s Dividing The Element are Africa’s answer to a melodic Soulfly, fusing heavy riffs with cultural musical statements that are as catchy as they are abrasive. Their new single, "Pakaipa", is a rollicking slap to the face that ebbs and flows towards a brutal ending that will leave you breathless.

04. ILL SYSTEM "EGO CHECK" – ‘Reggae metal’ may sound like a contradiction in terms, but Ill System channel Bad Brains and Ill Nino into the modern metal arena with injections of originality and slabs of heaviness. In an era where heavy music refuses to be pigeonholed, "Ego Check" stands alone, proud and fierce.

05. MONSTROID "SHADOW BEAST" – Another Cape Town band, this time cocooned in rainbow layers of fuzzed-out stoner rock and delivered with grooves a mile wide. Monstroid show that epic 70’s jams can sound fresh as a daisy and still kick out the jams with riff-tastic abandon – "Shadow Beast" is best enjoyed at the top of a misty mountain, shirt off and screaming at the sun, but, in a pinch, a pair of headphones will still deliver the same vibe.

06. STATE DEPENDENCY "BRIDGES" – An amalgamation of many different modern genres gives State Dependency a palette that they add to with each new composition. "Bridges" has weight in all the right places, brought to life with rolling guitars, unearthly bass, and a harsh vocal that shakes the walls, not to mention a mid-section that brings everything down to a heartfelt whisper before throwing the listener straight at an epic, shattering climax.

07. ALBINOBEACH "JUGGA" – At the tender age of 15, Albinobeach are a lot more mature than most teenagers. Their vibey instrumental post-rock is built with layers of melody, rhythm, and cohesive jams that are as tight as they are exploratory. "Jugga" follows form with peaks and valleys populated by a heavy groove and spaced-out, proggy walks in the cosmos, and wears its emotions loudly on its sleeve.

08. VIELIKAN "GOD(S), LOVE AND LIFE" – Steeped in Russian and Slavic folklore, Tunisia’s Vielikan unleash blackened death metal that tells a story whilst allowing progressive and ambient textures to flesh out their deadly riffs. Dark and oppressive, "God(s), Love And Life" is an attack on the senses that will leave your ears spinning and greedy for more.

09. LELAHELL "ADAM THE FIRST" – "Adam The First" is grinding death metal with a few choice slam moments that open the grooves wide and inviting. Algeria’s Lelahell have clear, impressive musical chops which are needed in such intricate, brutal music, and the outcome is old-school death with all the sheen of modern production and pounding violence.

10. DEMOGOROTH SATANUM "THE APOSTATE" – A black metal band from Soweto is not only an unusual occurrence, but one that hasn’t been seen before or since. Formed in 2009, Demogoroth Satanum have made waves with their grim attack and Dimmu Borgir-esque grandiose carnival of diabolic pleasures. "The Apostate" is laced with evil intent and blistering grime, and will attract the horde like ants to frostbitten, corpse-painted lollipops.

11. ETHYL ETHER "ODE" – Cape Town’s Ethyl Ether have made a name for themselves in their short 3-year lifespan, with three releases and a solid gigging regimen. "Ode" is a dirty psychedelic trip with acres of tone-washed riffs, leads, and a monster chorus, and it’s catchier than a sniffle in flu season (and far more pleasant).

12. VULVODYNIA "ANTHROPOPHAGUS" – Over the past six years, Vulvodynia have grown from a little death metal band from the South African coast into THE local slam/brutal death metal juggernaut that have simply grabbed the crown and owned it. Their sound is caustic and extreme, and stacked with layer upon layer of meticulous fills, leads, ungodly bass, and a vocal that will strip paint from the walls.

13. KISHI "KIANDA" – Angola isn’t the first place you’d expect doom metal to thrive, but Kishi are here to change all that. Slow, monolithic, and with all the urgency of an iceberg, "Kianda" is classic doom in the mould of early Cathedral and Electric Wizard, but the low BPM is bolstered by a signature, howling vocal and HUGE riffs. Glacial listening.

14. SCARAB "COFFIN TEXTS" – A fitting end to such a varied compilation, "Coffin Texts" from Egypt’s Scarab is a monster tsunami of whirling death metal that is mid-paced but fleshed out with sublime textures of sound and atmosphere. Brutal, beautiful, and on-point.