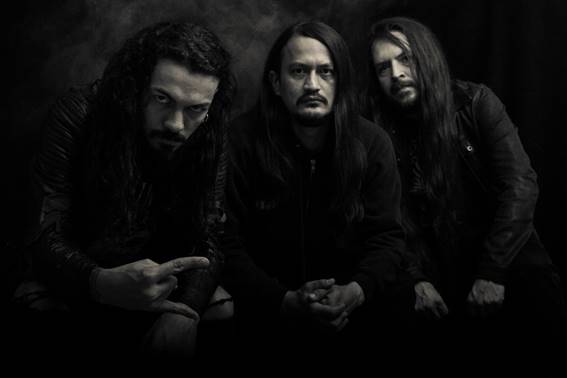 BLACKENED DEATH METALLERS ESHTADUR DROP NEW ALBUM “FROM THE ABYSS” today, blending “the best parts of Rotting Christ, At the Gates, Carcass and Fleshgod Apocalypse into a maelstrom of blackened, deathy fury” according to metal sucks (US)

Colombian blackened death metallers  ESHTADUR are out with their highly anticipated new album “From The Abyss” today! The album is released via Blood Blast Distribution (Believe Digital x Nuclear Blast) and available worldwide on all streaming services! Listen to the album in its entirety here  https://linktr.ee/Eshtadur

ESHTADUR, meaning the rebellion of angels, can be most closely likened to bands such as Septic Flesh, Behemoth, Fleshgod Apocalypse, Carach Angren, and the like. Like their scene counterparts, the band embodies a deathly melodic atmosphere that reaches into realms of darkness and despair through the decay of humanity. It seeks to rebel, in its darkened way, embracing the abject reality.

Dead Rhetoric (UK) stated that Eshtadur "have no problem going straight for the throat", while TheSoundNotTheWord wrote that Eshtadur "hit hard" and that they have "a strong, muscular take on melo-death".

Their rich touring history includes performances across Colombia, Peru, Mexico, Germany, Netherlands, Belgium, France, Poland, Czech Republic, Hungary and Slovakia. They have shared the stage and toured with Cradle of Filth, Vader, Graveworm, Coldblood, Abbadon Incarnate & more in shows over Colombia, Peru, Mexico, Latin America, USA and UK. They have been distributed across the world and even headlined a stage at Rock Al Parque in 2016.

Their 2017 release, via Bleeding Music Records, "Mother Gray" is an expression of planetary death and putrefaction. The scathing release saw the band touring 8 countries in Europe through 2018. Now the band is gearing up for their first-ever US dates and many more festival appearances in 2021!