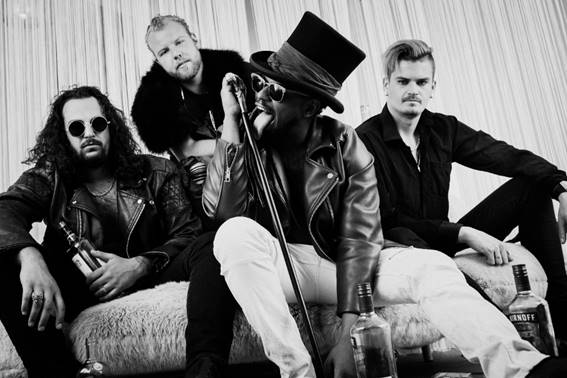 Norwegian high-octane metallers FIGHT THE FIGHT release a lyric video for their latest single titled “Ritual”! Watch the lyric video below, or listen to the single here: https://orcd.co/ritual! “Ritual” is the fourth single is off their highly-anticipated new studio album  “Deliverance”, to be released on September 18th via Metal Blade Records (NA) and Indie Recordings (ww ex.NA)!

This heavy-metal anthem comes in like a horde of elephants with its stomping beats. The “Ritual” Fight The Fight are celebrating is a fast and dynamic one, which smashes directly in your face. Punchy like Rammstein, aggressive as Slipknot and catchy as Parkway Drive – this song captivates you with it’s straight, heavy and ‘easy-to-follow’ approach. Fight The Fight deliver another fresh heavy-metal ballad, which lives through its energetic pace and natural flow. Furthermore, these Norwegians are no band that takes themselves too seriously. As they state on “Ritual”:

Upcoming album "Deliverance" has the stompy power of Slipknot’s heaviest songs, the grooviest elements of Lamb Of God, a cray approach like Devin Townsend, and an overall smashing, but catchy sound comparable to Rammstein. All ten songs have quirky individuality, making FIGHT THE FIGHT one of the freshest and most innovative metal bands today. You can listen to their already released singles here: Triggerfinger | Pacemaker | Dying

Their career launched with debut single ‘Perfect Combination’ on 18th November, 2016  which has reached 1.450.000+ streams on Spotify and it was featured as Week’s Tidal Rising. The energetic foursome have played at all the major festivals in Norway, and received massive praise for their exceptional live performances, including from Metal Hammer UK. The band was given chances to hit European stages and support bands like Avenged Sevenfold, Ministry, Kvelertak, Hatebreed, Devin Townsend Project, and August Burns Red, but also festivals like Reeperbahn Festival, Summer Breeze and Wacken Open Air.

This firely band are ready to FIGHT THE FIGHT in 2020 with this stunning new record.