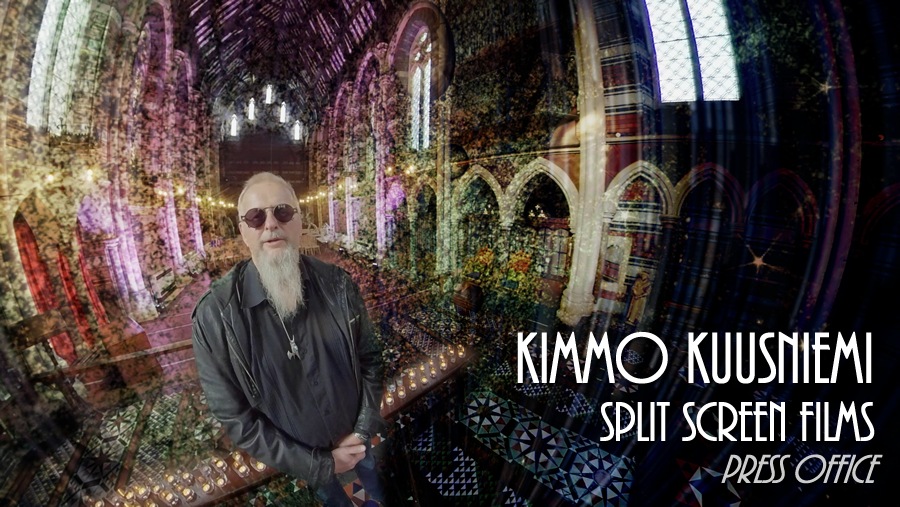 Finnish Folk Metal legends KORPIKLAANI and filmmaker KIMMO KUUSNIEMI made an extended and hectic tour of Russia, traveling from St. Petersburg to Siberia and back. On a follow up tour – this time to Japan with Finnish metal legend, Waltari – they had more time to contemplate Japanese lifestyle and history. Filmmaker Kimmo Kuusniemi traveled with the band. His unseen documentaries are now released online.

***MADE IN RUSSIA Documentary

KIMMO KUUSNIEMI: "I did not need to think twice when Jonne (Vocalist, Korpiklaani) asked me if I would like to make a documentary about the Korpiklaani’s extensive Russia/Siberia tour. I knew instantly this would be a one of kind trip. I have travelled the world extensively making films but this journey was completely different from anything else I have experienced. Due to the relentless schedules, all the time on the road on planes, trains and automobiles forced me to re-think the film equipment and filming techniques. This turned out to be great gamble that paid off royally as the look and style to the documentary ended up like something you never seen before."

TUOMAS ROUNAKARI (Violinist, Korpiklaani): "During the live shows Kimmo blended in with the crowd and was almost un-noticable with his gimbal camera setup. He was able to really deliver the real live show feeling of the packed clubs. When I look at these documentaries they really have captured the essence of the journeys, audiences and the band on stage."

KIMMO KUUSNIEMI: "The latest development in camera technology has really taken away a lot the limitations of film making. Now I can do things I was dreaming about 10 years ago!"

TUOMAS ROUNAKARI: "The Russian tour allowed me to visit exceptional places for the first time. I had dreamt of visiting Lake Baikal for decades because of its unique nature and strong shamanism that is still alive among the indigenous peoples. While I was dreaming of seeing these places, our fans had been dreaming of seeing us live. So this tour was full of win-win situations, different dreams coming true. I am very grateful for our fans, who at the end, made this trip possible."

Kimmo Kuusniemi, himself of heavy metal fame, known as "the godfather of Finnish Heavy Metal", is a filmmaker by trade. Packing his equipment he set out with Korpiklaani – on an amazing road trip all over Russia. The result was unforeseen footage of Russian heavy metal fandom and the wonders of this huge country of diverse cultures.

TUOMAS ROUNAKARI: "In Khabarovsk, We (me and Kimmo) wanted to visit the Amur river and the Nanai tribe people. I posted this wish on Facebook and that’s how one of our fans, Boris, contacted us and arranged everything. It would have been very difficult to do this without local help."

KIMMO KUUSNIEMI: "Meeting the Nanai people was one of the many highlights of the journey through Siberia. Travelling through Siberian landscapes on a Skidoo in -30 C, hearing the stories about the ancient petroglyphs by the frozen Amur river, eating frozen raw fish with vodka and trying at the same time to film as much as possible before the cameras froze over was an unforgettable experience."

Another trip took Kuusniemi and Korpiklaani to Japan. Here three generations of Finnish Metal; Kimmo, one of the first Finnish metalheads, and Korpiklaani, a furious act of modern folk metal met with another Finnish legend, Kärtsy Hatakka and his band Waltari. The trip proved to be a series of intensive gigs and a journey into the open minds of Japanese metal fans, while on the side Korpiklaani’s shaman violinist Tuomas Rounakari and Kimmo wanted to make acquaintances with the ancient history of the land of the rising sun.

TUOMAS ROUNAKARI: "The Finns and Japanese have a strange connection. We both appreciate silence more than most other cultures. Maybe it is due to the still lasting connection to the nature that is in the center of ancient beliefs of both cultures."

KIMMO KUUSNIEMI: "In the past I have made some commercial films for Japanese markets but I had never visited before. Japan is a very interesting contradiction of industrial high tech in perfect harmony with the ancient traditions. In between the gigs me and Tuomas tried to see as much as we could of the old traditional side of Japan."

TUOMAS ROUNAKARI: "We had a hilarious interview in Japan. We found out that most of our songs were very obscurely translated to japanese, mostly in innuendo way. Apparently these curious titles were one aspect of our fame in the country.’

The resulting documentaries are a rare peek into the on-the-road life of grown up men behaving as rockers on stage. But they are also a tribute to the international heavy metal fan family: wherever the bands go, they receive a warm and hearty welcome. The live footage shot by state-of-the-art technology, is enigmatic, and the behind-the-scenes material shows the band exploring local cultures, from the Siberian tundra to cherry orchards in Japan.

KIMMO KUUSNIEMI: "One great thing of making these documentaries was that I met Tuomas. We are very like minded and we already are working on a new project called "SAMPO" that combines music and myths. More about that soon."

KIMMO KUUSNIEMI: "These documentaries were partly funded through Crowdfunding. As the DVD format is now pretty much dead the Filmmakers have the same challenge as musicians: how to finance your work. We need to adapt and this is the first time that I’m trying out the VOD (Video On Demand) to get some revenue in.
Our Split Screen Films production company will be releasing more interesting documentaries soon on VOD."