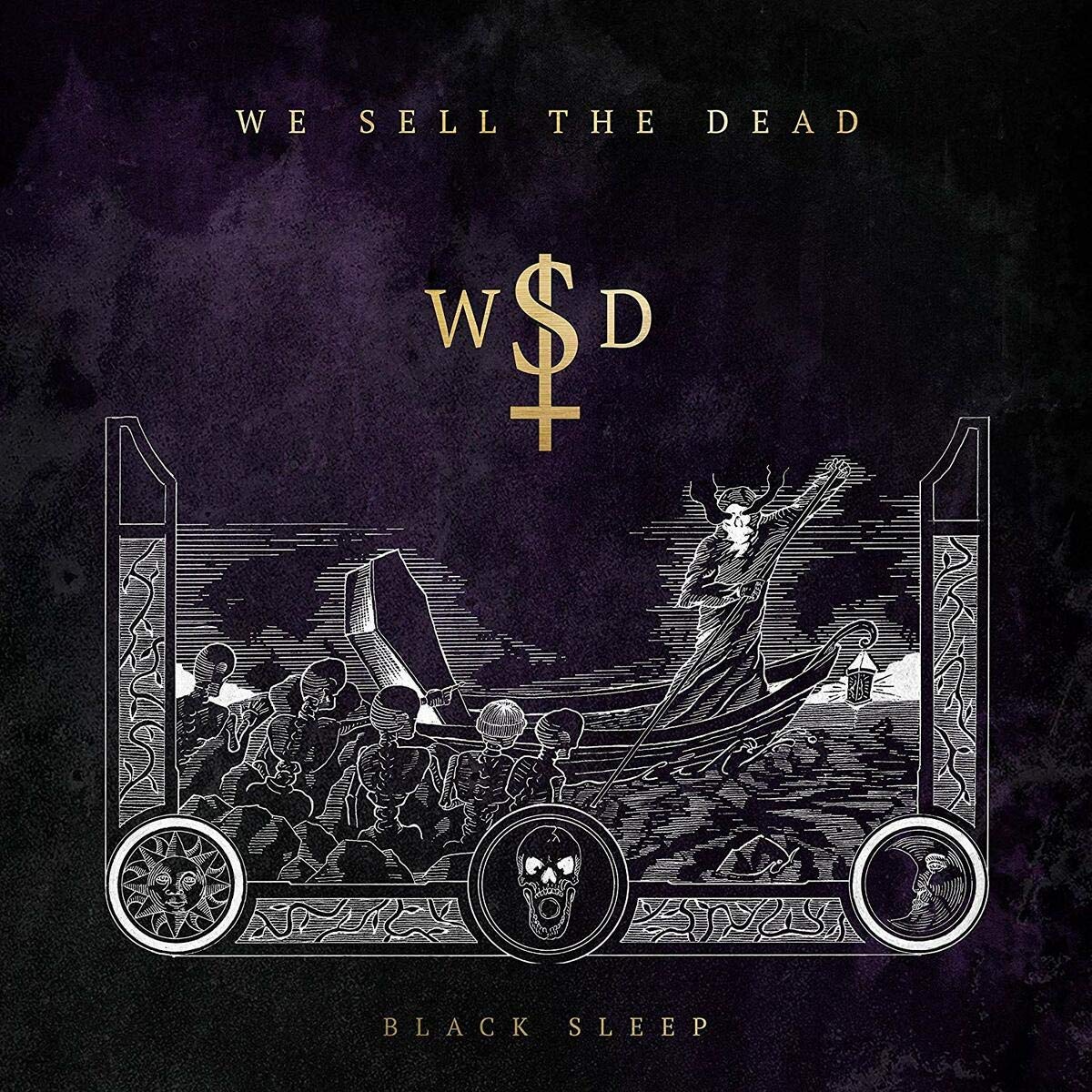 WE SELL THE DEAD – Black Sleep

The sophomore effort by the awesome Swedish act We Sell the Dead was released back in February this year but thanks to the bloody awful pandemic it did not show up in my mailbox until quite recently.

Yours truly was and still is fond of the band’s debut album, “Heaven Doesn’t Want You and Hell is Full”, and “Black Sleep” is just as good if not better than the former. The record is positively dripping with self-assurance and we are talking huge-sounding, Gothic-tinged heavy metal with a strong sense of drama and theatricality to it. Its ten compositions generally come across as fucking massive and those bone-crunching riffs that these skilled dudes constantly roll right out of their sleeves are pretty fucking intense and arguably even capable of moving mountains. Great vocals and a superb melodic flair are what constitute this genuinely moody yet exciting opus,  and there is an abundance of atmosphere to be devoured here too.

In some ways, Black Sabbath’s majestic and criminally underrated “Cross Purposes” (1994) comes to mind now and again as do some of Tiamat’s albums from the 90s. “Carved in Stone” contains power and beauty, “Hour of the Wolf” possesses a muscular groove, and the majority of tracks boast a remarkable drive. The only mundane piece is the ballad entitled “The Light”, which lacks emotional charge and comes across as lackluster and superfluous. Other than that, I am all smiles when it comes to “Black Sleep” and I strongly recommend that you check it out if you are fond of the Tony Martin- and Dio-fronted versions of Black Sabbath as well as “Wildhoney” by Tiamat. The cool thing about We Sell the Dead is that although their sound is influenced by the aforementioned acts, they still have an identity of their own and this latest offering of theirs rock big time. Impressive!