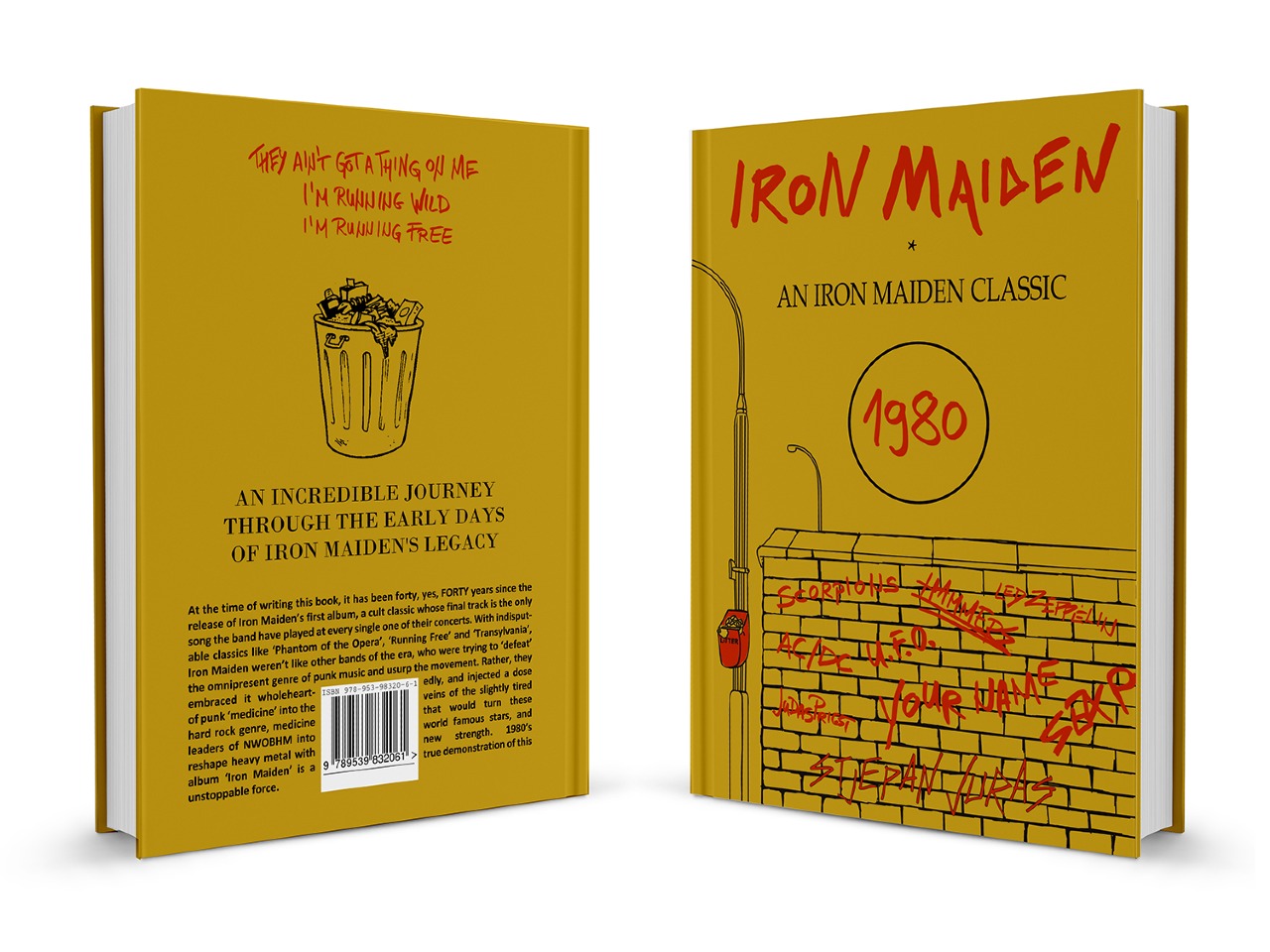 A very special and very limited set of the books about the debut Iron Maiden album is available. A leather cover page, golden wax seal, special 40th anniversary embroidered patch and many more goodies are waiting for you in this short-term offer. The famous author of books about Iron Maiden, Stjepan Juras, offers a spectacular set of three books about the first Iron Maiden album, as part of its 40th anniversary celebration. The previous release, ‘The Number of the Beast’, was sold out in a few days, so hurry and pre-order the ‘Phantom of the Opera’ set here: ﻿www.maidencroatia.com/anniversary

Here is what the author says about this set of books:

‘On April 14th 2020, we celebrated 40 years since the release of Iron Maiden’s first album. To mark this occasion, I am announcing an exclusive set of three books, the final set of the trilogy that began with the black leather edition of ‘The Number of the Beast’ and continued with the red leather edition of ‘Killers’. The ‘Iron Maiden’ book will be bound in brown leather with gold leaf print and a wax seal to close out the ‘early days’ trilogy in a spectacular way. ‘The Phantom of the Opera Package’ (brown leather edition of this book, ‘Running Free’ edition of same book with a custom cover page and ‘The Phantom of the Opera’ book from the famous ‘Iron Maiden and classic literature’ series will be a fantastic addition to any serious Iron Maiden collection. An additional gift is an old school ‘40th Anniversary’ sew-on patch. This book will be released in October 2020.’

Also, for all the ‘Killers’ album fans, 18 luxury ‘Killer Deal’ sets left and will be sold out quick. You can see the details here: www.maidencroatia.com/killerdeal