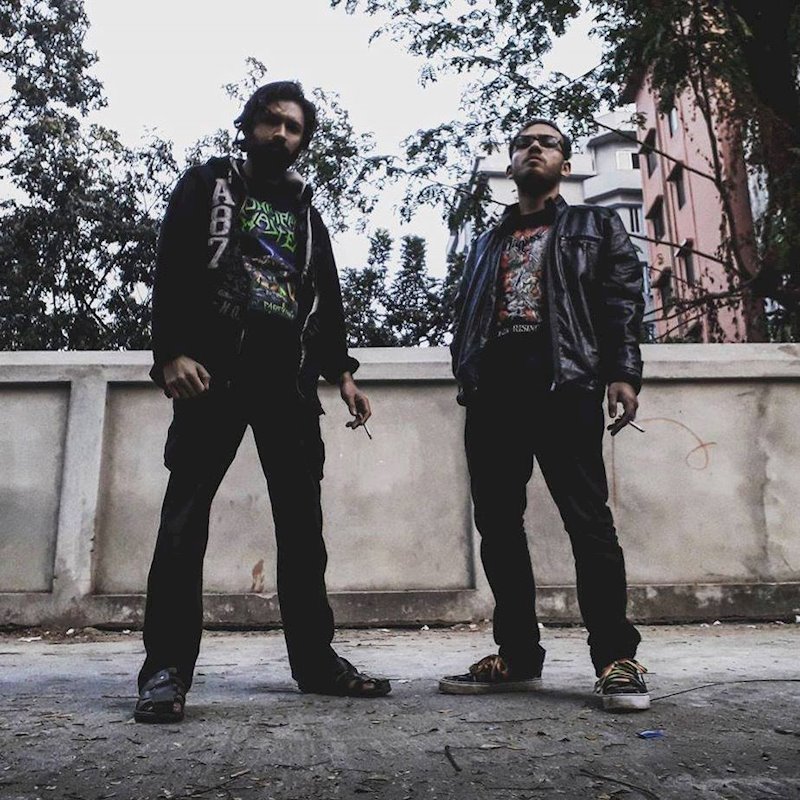 Hailing from Sylhet, Bangladesh, Necrolepsy came into existence in 2012 as a goregrind outfit. They spewed forth the EP, Exhibition of Mutilated Apparatus, in 2014 and a slew of split releases between 2014 to 2016. Necrolepsy’s savagery came to a halt in 2016. Still, the duo Muttaki and Ruzlan continued making weird and heavy music together: they inaugurated stoner/doom daemon Moonshiner the same year and released the s/t demo the next year (2017).

Neither Muttaki nor Ruzlan currently resides in Sylhet; the former settled in Toronto, and the later moved to Dhaka. Yet, their passion for brutal and extreme music enticed them to resuscitate Necrolepsy and work on new materials.

The new single "Clot Over Concrete" ushers in a new era as Necrolepsy transmuted themselves into a menacing death metal machine, escaping from their early goregrind root. This track also serves as the first single from their forthcoming EP, expected to be released in 2021.

"‘Clot Over Concrete’ has a more death metal approach than our earlier goregrind rooted stuff," Necrolepsy informs. "The song is against all those in the hierarchy and their blind followers."