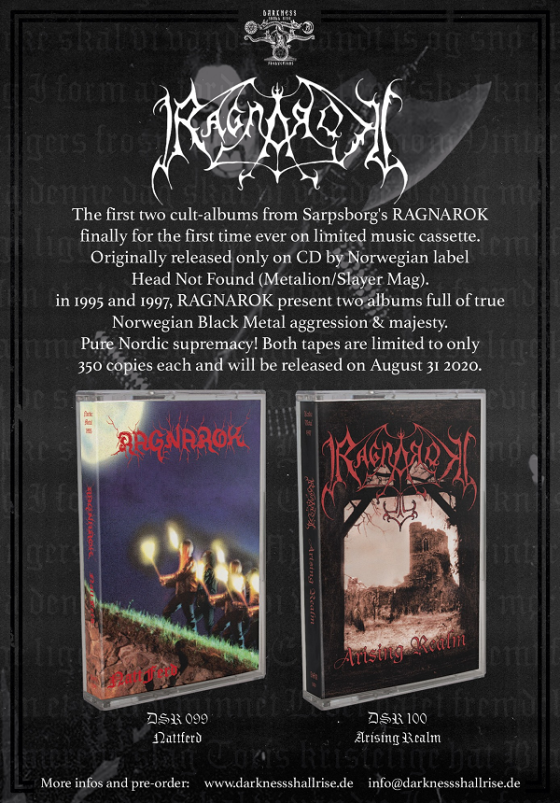 RAGNAROK to release their first two albums on tape

Darkness Shall Rise, the German label specialising in the release of high quality music cassettes, will release the first two albums from Norwegian Black Metal veterans RAGNAROK on the 31 August.

The two albums, 1995’s "Nattferd" and 1997’s "Arising Realm", have never been released on cassette before, giving collectors and RAGNAROK fans a long-awaited treat.  Both albums were originally released on the legendary Head Not Found label, and served as a storming introduction to RAGNAROK, the band  founded by iconic drummer Jontho Panthera.

Since then, RAGNAROK has gone on to release a total of nine full-length albums,  as well as a retrospective showcasing 20 years of the band’s hard-to-find demos and EP’s.  With well over two decades of existence, Jontho has ensured that RAGNAROK has remained faithful to what is seen as  Norwegian Black Metal marked with an uncompromising sound that is filled with anger and aggression.

"Nattferd" and "Arising Realm" will be available in a limited quantity of 350 copies each, and are now available to pre-order from  https://darknessshallrise.de/