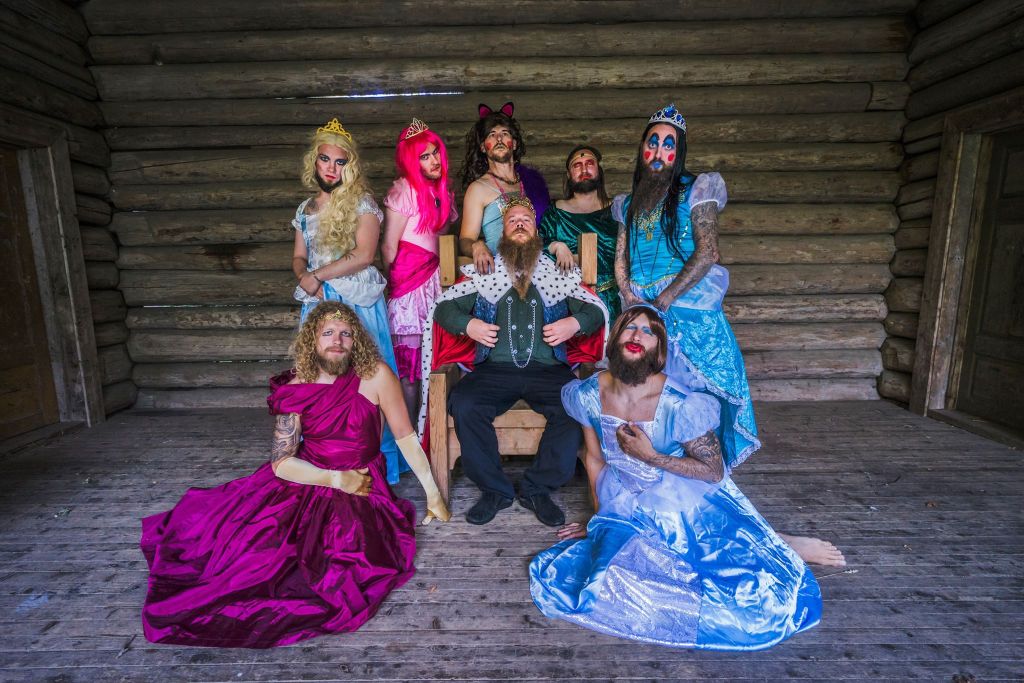 Interview with the Norwegian band TROLLFEST

As a band with an already establidhed tradition of blending good tunes with lots of humor in both lyrics and stage appearence (and more often than not, off stage appearance), Trollfest has been very active lately on the international stage, with new albums, new costumes, and tons of shows. The band was supposed to tour the US in April, they had some good festivals shows ahead in 2020, but we all know the reason why they all got cancelled.

Instead, they got together and organized a full indoor show, with costumes, balloons and the usual madness and streamed it online. As a bonus, they’re also working on making new music.

We got together with them one afternoon, prior to their rehearsals, and discussed the above subjects, spiced up with various road stories. Below you have the video of this chat, blended with images from the rehearsal for that afternoon. Enjoy!