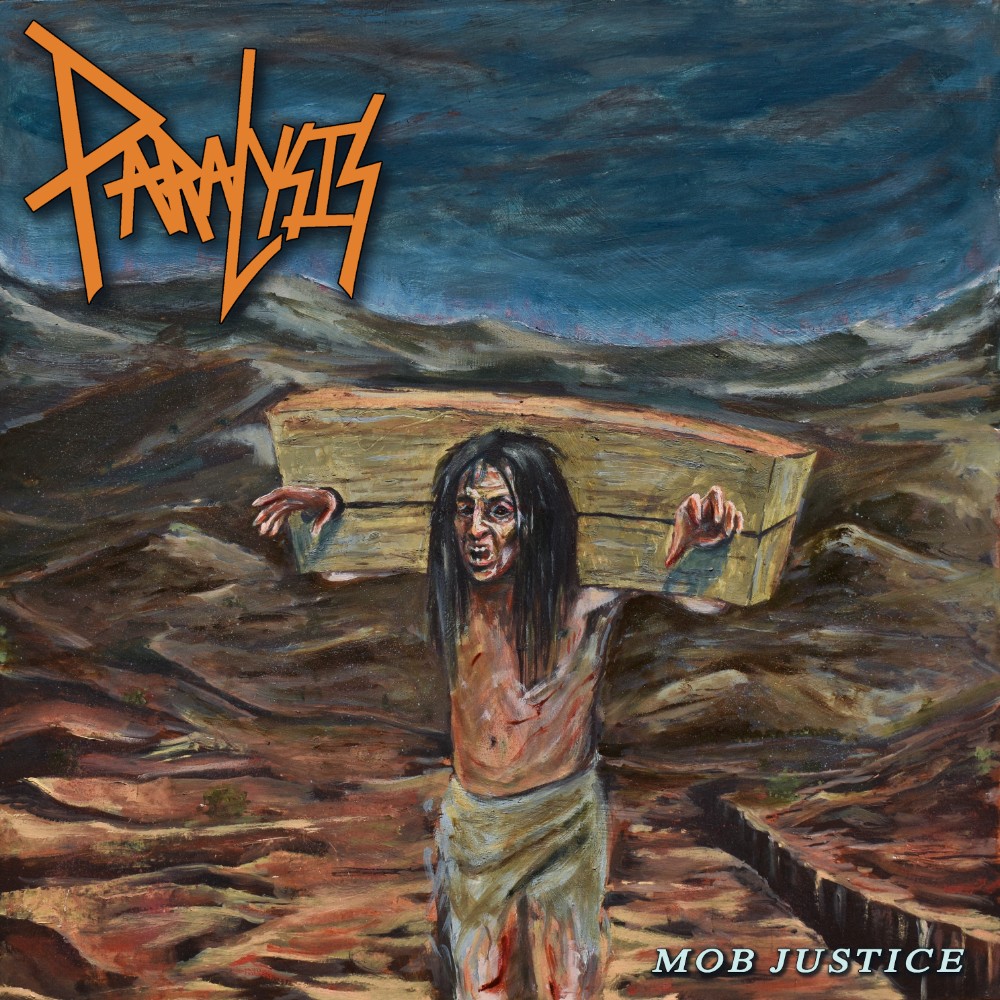 Paralysis is a fairly new crossover thrash band from Long Valley, New Jersey, who have been at this Slayer married to Megadeth with Suicidal Tendencies officiating and D.R.I. giving way style since their "No Turning Back" EP (2014) which they re-recorded or re-released with additional tracks in 2015 before their debut "Life Sentence" (2017) album. "Mob Justice", clocking at about the same time as Slayer’s "Reign In Blood" (coincidence?) is supposed to solidify their position as modern purveyors of the genre.

The problem is that Jon Plemenik (vocals, guitars), Ron Iglesias (guitars), Patrick Harte (bass) and Samuel Mogollon (drums) aren’t doing anything overwhelmingly innovative or fascinating. These riffs and structures have been done before many times and better. So the issue is are the songs at least good and fun and to that I have to say kind of. There are literally a couple of tracks I found to be above average – the Biohazard-ian/Earth Crisis-ic "Master Manipulator" (the best track) and the "Ashes Of The Wake" Lamb Of God-ly "Onward To Slaughter". These tracks are catchy with great choruses.

The rest is just collections of average riffs with occasional interesting sample quotes such as "All you people who are so compassionate for everything that’s weak, sick and degenerate – you’re the enemy of order". There are some excellent moments such as the classic Prong-ian vibe on "Cut Short" or thrashing Megadeth style on "Vessel Of Behavior" where also gang shouts recall classic Anthrax, but mostly Paralysis seems to stick to the Slayer-ic songwriting formula a’la "Reign In Blood" – a few great songs in a sea of near musical abortions or, to put it more kindly, half-lifes. Thus most of the points are for execution which is, admittedly, flawless.

Far from the genre revelation they are heralded to be, Paralysis can interest you if you either don’t know history or you’re sick of it so, to choose, load two bullets in a revolver, spin the cylinder and pull the trigger, of course, figuratively.