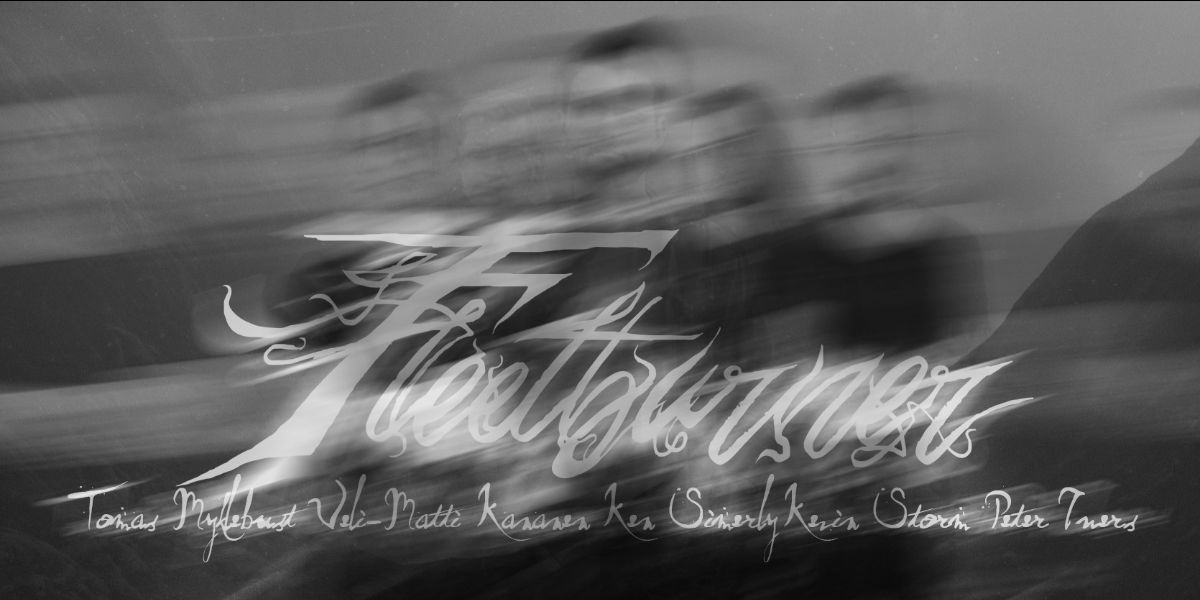 This september a special and surprising debut album by a project called Fleetburner will see the light. It’s instigated by Dutch guitarist/songwriter Kevin Storm and realised with a choice of renowned musicians from the international world of metal. Today first single ‘Open Water’ will be released on all digital streaming platforms. The full length album will be released on CD, double LP and digitally through the Bertus Distribution linked Butler Records (a.o. Anneke van Giersbergen, Ten Years After, Batmobile, Knight Area, Dilemma).

The first raging fires started in Enschede, The Netherlands in 2018, when Kevin Storm recorded a full length album in a period of two months. A concept album on leaving everything behind, burning all ships in your wake, to sail towards…whatever it may turn out to be.

Check out the lyric video below and/or stream via ttps://fleetburner.lnk.to/openwater

Having met on a Vulture Industries tour, both session musicians, Kevin Storm and Tomas Myklebust ended the tour agreeing “they should totally start a band together’. This was the founding block of Fleetburner, after which Kevin completed the circle by adding the other members, most of whom he shared stages with such as ex-In Flames bass player Peter Iwers and Dark Tranquillity/ex-Arch Enemy guitar player Christopher Amott
(for the full line-up see below).

The search for the one vocalist proved a long hard road. A nine-month period was spent in secrecy to the public with a complete line-up, headlined by a well-known unnamed Flemish pop singer and several songs were mixed and recorded, but family related matters prevented this line-up from ever going public. This major setback was set straight by the unexpected arrival of Ken Simerly. An unknown name in the scene, and his first full-length recording here sees the light. His achievement is one of the reasons this album can not be put into a single (sub)genre as you can hear elements of heavy metal, thrash, black, prog and classic rock.

Ken’s voice harkens back to the glory days of dangerous rock, with an incredible vocal range and a complete lack of fear in showing his heart. The wide emotional range was precisely what was needed to bring the story of Fleetburner to life, as the storyline encompasses an entire lifespan, starting as an insecure child runaway into the voyage of man facing his inner demons. And those outside. And beyond.