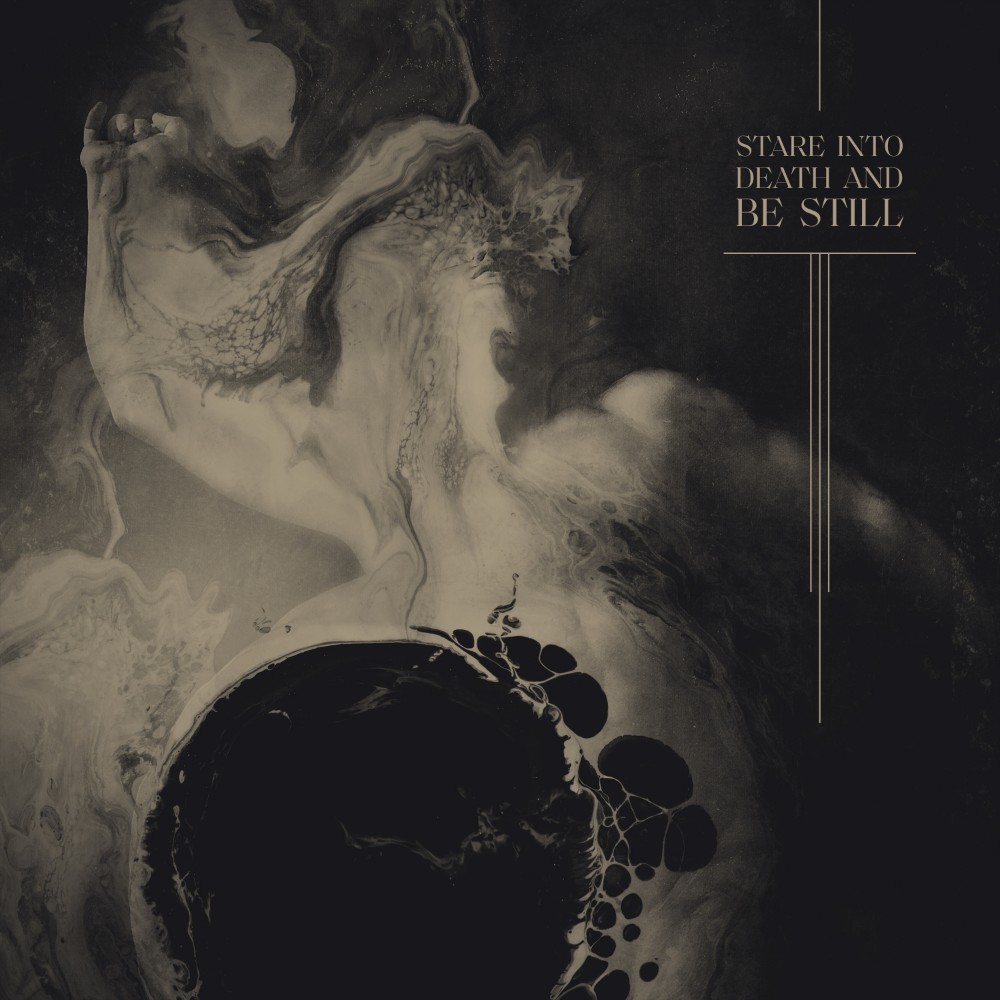 ULCERATE – Stare Into Death And Be Still

Few people who have watched The Shire as depicted in Peter Jackson’s "The Lord Of The Rings" Trilogy motion picture would associate those green picturesque pastures with bleak depressing death metal, yet it is here, in Auckland, New Zealand, that Ulcerate, one of my favorite death metal bands, was born as Bloodwreath in 2000 and functioned as such until the "Ulcerate" demo (2003), which served as the rechristening release and was followed by "The Coming Of Genocide" demo (2004), after which Ulcerate changed their logo from typically death to a more unique subdued digital design and got a deal with Neurotic Records for their debut full length, "Of Fracture And Failure" (2008), a promising but still adolescent, still more rooted in hardcore than death metal, affair.

Willowtip Records, which specializes in groundbreaking and unique death metal, saw their incredible potential and released the mindblowing and genre-defying "Everything Is Fire" (2009) (my point of entry into their catalogue) followed by a more diverse but less brutal "Destroyers Of All" (2011). At this point, Ulcerate moved to Relapse Records for "Vermis" (2013) and "Shrines Of Paralysis" (2016), both of which showed their increasing tendency to expose more melody while dialing back on much agression and rawness of death metal. In other words, Paul Kelland (vocals, bass, lyrics), Michael Hoggard (guitars, songwriting) and Jamie Saint Merat (drums, cover artist) were becoming more progressive.

"Shrines Of Paralysis" was a fantastic record which I reviewed on ET giving it a perfect score. In it, I stated that they had easily beaten "Vermis" and that it was becoming harder and harder for Ulcerate to top the preceding records. This is immediately clear with the first tones of the new album’s opener, "Lifeless Advance", which shows an incredible amount of melody, attention to detail (more than ever before) and greater accessibility, but most of all, the crisp production which is simply superb and could be compared to the level of Meshuggah, Crowbar or Neurosis. As for death metal, it’s still there but it serves as a counterpoint, which brings no one less in mind than the old Opeth from somewhere between "My Arms, Your Hearse" and "Still Life", so, you know, we’re done fooling around. The following "Exhale Ash" is the first highlight, with an excellent almost hip hop rhythm melody deathmentalized, and it is at this point, that another influence is apparent, old Peaceville (Anathema, My Dying Bride, Paradise Lost) as Hoggard seems to have gotten bored with creating merely dissonant melody and serves bona fide melodic doom/death metal. The title track is another standout, somewhere between Richard Wagner and Immolation’s "Failures For Gods", as is the midpaced brilliant mix of Paradise Lost’s "No Forgiveness" and "Blood Mountain" Mastodon (or is it High On Fire?) in the understated "There Is No Horizon", which both shows Hoggard’s love for sludge metal and has one of the best light/dark ration in band’s history with an effective brutal riff splitting the record in half.

By now I realize that Ulcerate have become absolute masters of the light/dark dynamic, knowing when to seduce you with a melody, a gentle ballad-ic guitar and when to pulverize you with brutal death which, seeing as this is a tribute to death as a phenomenon, is still a clear and present force on Ulcerate’s 6th installment. Of both "Inversion" is the best representative, sludge giving an impression of many guitars at once and melodies more exposed, held and repeated longer, altogether so intense, "Visceral Ends" must needs start calm and atmospheric for extended time before erupting in In Mourning/Katatonia melodiscism approaching black metal. The most monolithic composition, "Drawn Into The Next Void" rides on the finest Peaceville while the epic melodic powerful riffs sound like something Anathema could have written between "The Silent Enigma" and "Eternity", my favorite track so anthemic it made me think of nothing less than the majesty of the Almighty God (which is strange since Ulcerate are hardly a Christian band, although perhaps not so surprising given that lyrically Kelland does deal with the hopelessness of the human condition) for the evocation of grandeur and conflicting emotions, which are underscored by the approaching tornado-sounding concluding guitar riff. And again, the next track, the closing "Dissolved Orders", is subdued and takes a while to unravel, until it, indeed, dissolves everything in a tsunami of genuine funeral doom and the most wicked death metal never devoid of copious melody. The album ends very similarly to "Destroyers Of All" (with which it shares the greatest similarity) calmly, peacefully, as if someone accepting the inevitability of his or her death.

Since this is a perfect score review (my first in a long while), in lieu of the "flaw paragraph" let me express how in awe I am of the talent and ability these 3 (!) men possess, Hoggard, a single guitarist, giving an impression of an at least triple axe attack, Saint Merat giving the likes of Eugene Victor "Gene" Hoglan II (Dark Angel, Death, Fear Factory) a run for his money while creating a horrifying and thought-provoking illustration for this symphony, a helpless human being in a grip of a merciless enemy that is death, or Kelland who’s no longer growling but screaming his most mature philosophical prose and poetry devoid of even a hint of needless profanity, often matching the guitars as if he were another instrument, altogether such a well oiled machine few bands become, perhaps Pantera once was or Immolation still is.

At once brutal and melodic, "Stare Into Death And Be Still" is a magnifiscent work from a band who, since "Everything Is Fire", have become unable to create mediocre, or even average albums, but slays every single time. True, I may have exaggerated the scores of "Vermis" and "Shrines" because both had their shortcomings as did the ones before it. However, on "Stare…", every single aspect has been taken to new highs, perhaps partially due to departure from Relapse Records or moving to Debemur Morti Productions or both, so there is no room for error or weakness. The album is simply genuinely perfect in every way. It is, therefore, Ulcerate’s finest hour (actually 2 minutes short of an hour in length) and their most diverse, powerful, best produced, yet, admittedly, their most accessible full length to date.

Ulcerate was born as a promising band and evolved into one of the most genre-defying/genre-defining bands in death metal. With their 6th album they are no longer either one. They have become a metal institution. Extremely highly recommended. And, oh yeah, album of the year.

ICON OF EVIL – Icon of Evil