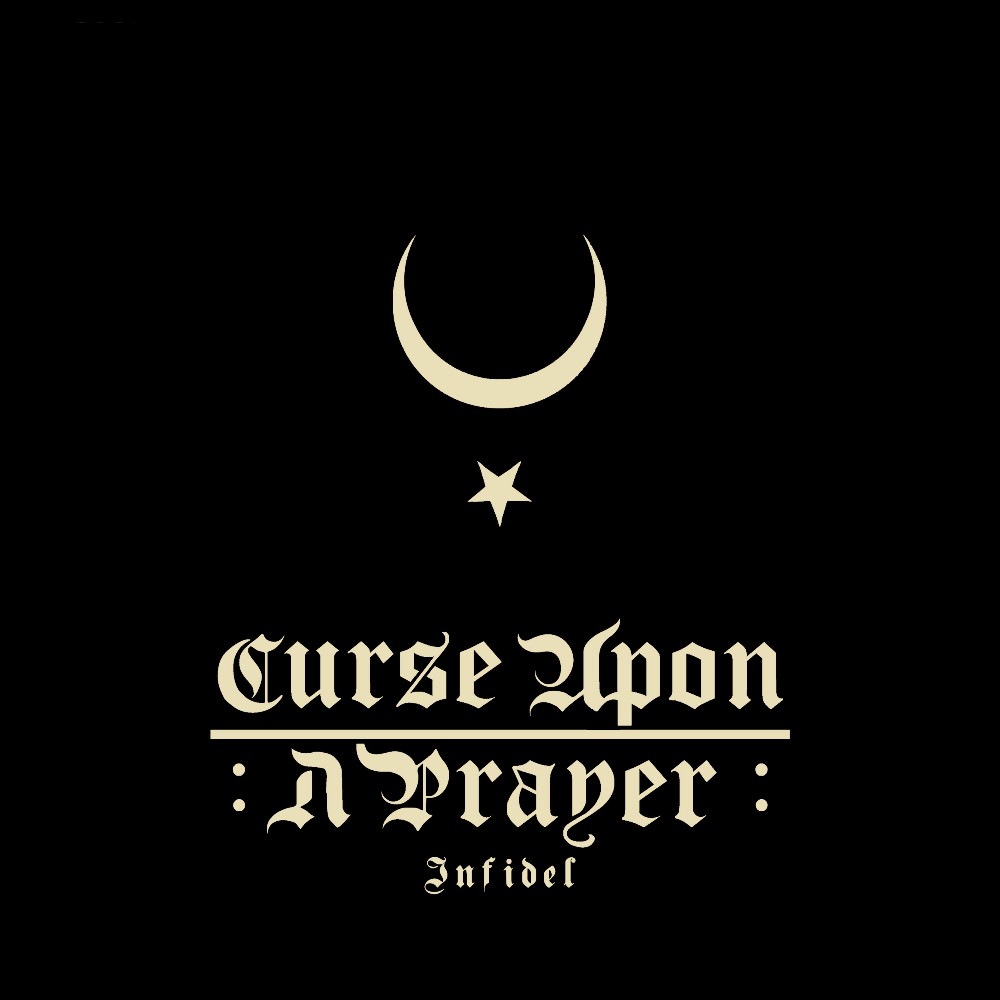 CURSE UPON A PRAYER – Infidel

If you’re going to make an anti-Islamic black metal album worth the vinyl or plastic it is pressed on you had better ensure of two things: you have the knowledge, skills and abilities to pull it off and that the identities of all of your 4 members stay completely hidden behind the corpse paint and black masks for obvious reasons. The Finish act Curse Upon A Prayer fits the bill on both accounts, offering an excellent mix of chaotic madness, on one hand, and memorable melodic harmony, on the other, stylistically pulling from Nile and Anaal Nathrakh for brutality, Heaven Shall Burn for melody and masterful arrangements, and Carach Angren for drama and progressive "story telling".

Born initially as Curse Upon Prayer, in 2010, the philosophy suggested by the title was hostility towards any religion, but in 2014 the quartet clarified it with the indefinite article "a" to indicate that one specific religion, Islam, was the object of their artistic hatred, which they have spread over both previous albums, "From The Lands Of Demise" (2014), and "Rotten Tongues" (2018), and now on this, their 3rd LP. As I am neither Muslim nor headed that way, I could care less, but "Infidel" sure has some powerfully hateful stuff on it to counterbalance the beautiful, the melodic, the harmonious and the romantic.

Take, for instance, the chaotic and almost unintelligible Anaal Nathrakh-ian "Haram" with Carach Angren melody drama so prevalent in the more melodic tracks, here just as a seasoning for the excorcism, or the huge atmospheric, Nile-ish instrumental "The Portrait of Iblis", these two (4 and 5) back to back already giving you an idea what you can expect. Heaven Shall Burn may have some black metal in them but they are not a straight black metal band, yet the title track and even more so the epic excellent "Al-Masih ad-Dajjal" have them imprinted all over. You want straight black metal? "Taste Ye The Penalty Of Burning" should do just fine as will the perfect, the favorite, "Fitna", if you crave something slower, more Dimmu Borgir-ian, with more melody than you can shake a stick at. Indeed, that the quartet reached out for extra-genre influences plays to their strength and the strength of "Infidel".

Curse Upon A Prayer, whom I never heard of before, pleasantly surprised me with their third album. It’s been a while since I have heard a genuine black metal album that had the right atmosphere, right balance, variety, hooks and the power of early 90s to boo(s)t. Highly recommended.