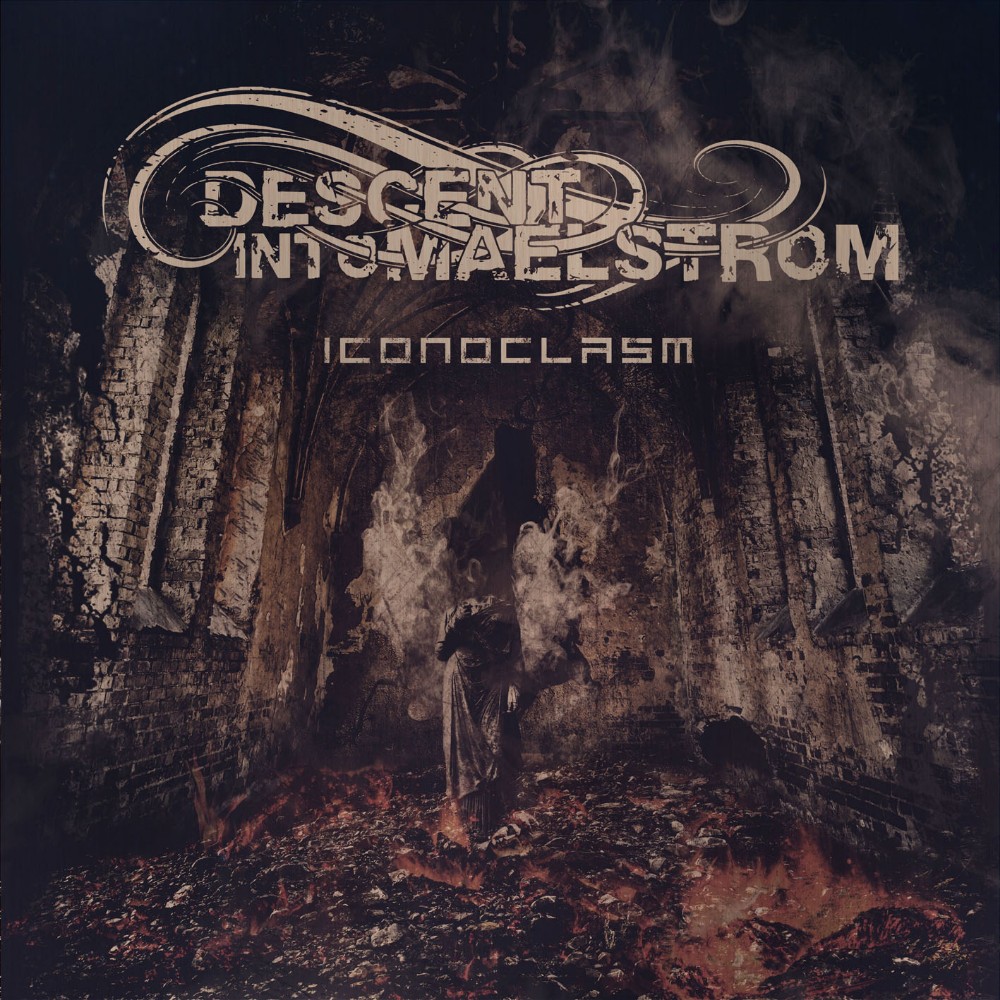 What would a progressive melodic death metal of Opeth combined with power of old Death, ancient melodeath and Peaceville doom sound like? The Italian ensemble Descent Into Maelstrom provides the answer on their 2nd full length "Iconoclasm", with excellent musicianship, songwriting and powerful ancient production, to boot.

The band has a dodecaphonic/atonal section for each song and that is why they call their music dodecaphonic metal. All tracks on this album are excellent, including the two instrumentals, but I particularly liked "Forgotten Wisdom" with classic Katatonia-ic melodiscism and the closer "The Portal Of the Elsewhere" with its ancient Dark Tranquillity, In Flames or Hypocrisy stylings and Immolation-ary riffing. There is a fantastic balance of melodeath, brutal death bordering on black with the aforementioned Peaceville (Anathema, My Dying Bride, Paradise Lost) doom/death as well as a plethora of interesting melodies and patterns, while the tracks never overstay their welcome, whether at a slow, mid, or fast to very fast pace but fluctuate in constant ebbs and flows.

The material being pretty even I guess the only two complaints are that the instrumentals could have been made into actual songs and the production could have been clearer as it sometimes loses the melody and harmony at a faster pace.

"Iconoclasm" is an excellent album from a band barely on their 2nd disc. I recommend it for fans of Peaceville, old Death and ancient, more complex melodeath, as well as mid-era Opeth.

ORIGIN OF INFINITY – The Last Day On Earth