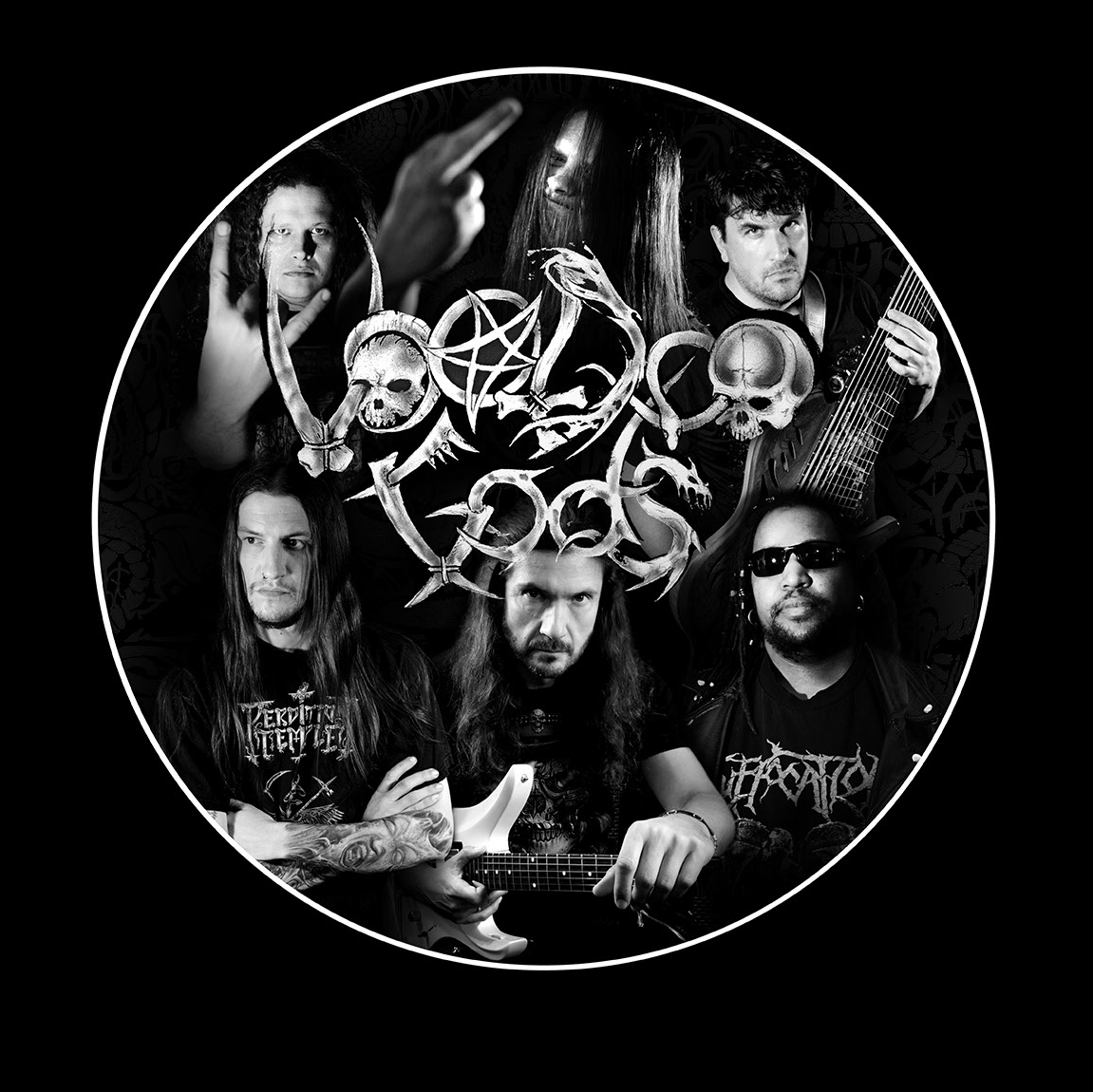 VOODOO GODS, the new flagship on Death Metal heaven, signs a worldwide record deal with the up-and-coming label Reaper Entertainment Europe. The new studio album, "THE DIVINITY OF BLOOD", will be released in spring 2020.

Since their formation in Tampa (USA), the band has unleashed powerful Death/Thrash, which is influenced by voodooism, rituals and anti-Christian forces as well as the spirits of nature.

Due to the full BEHEMOTH schedule Nergal had to leave the band and was replaced by none other than George "Corpsegrinder" Fisher (CANNIBAL CORPSE). Together with him the band released their debut album "Anticipation For Blood Leveled In Darkness" in 2014, which was produced by KING DIAMOND’s Andy La Rocque.

In 2016 guitar virtuoso and all-rounder Victor Smolski (ALMANAC, ex-RAGE) joined the band. With him VOODOO GODS recorded their second studio album, which will be released by Reaper Entertainment Europe in spring 2020. The new album once again will be produced by Andy La Rocque.

VOODOO GODS are a band and not a side project.

To celebrate the signing the band presents a brandnew lyric Video of the Necrophobic song "Before The Dawn". Check it out here:

ALEX from VOODOO GODS states:
"We are very proud and highly honored, to be part of the REAPER universe. We are really happy, to have found a record label, which put such a diligence and effort to also support Death and Thrash Metal music. It’s a huge step for VOODOO GODS, to have REAPER ENTERTAINMENT and UNIVERSAL distro at our ringside."

Victor Smolski adds:
"It was a great experience for me to be part of recording process of new VOODOO GODS CD! Very powerful, aggressive songs with unexpected parts and interesting arrangements."

George "Corpsegrinder" Fisher states:
"I look forward to the release of "THE DIVINITY OF BLOOD" and I can’t wait to see the reaction towards the new songs."

Greg from REAPER adds:
"We are out of words when it comes to VOODOO GODS! What a Line Up – and what a pleasure to have such renowned artists on REAPER and to have the chance to release their killer new album. Stay tuned and watch out for this SUPERGROUP! You will soon hear and see what I mean…"