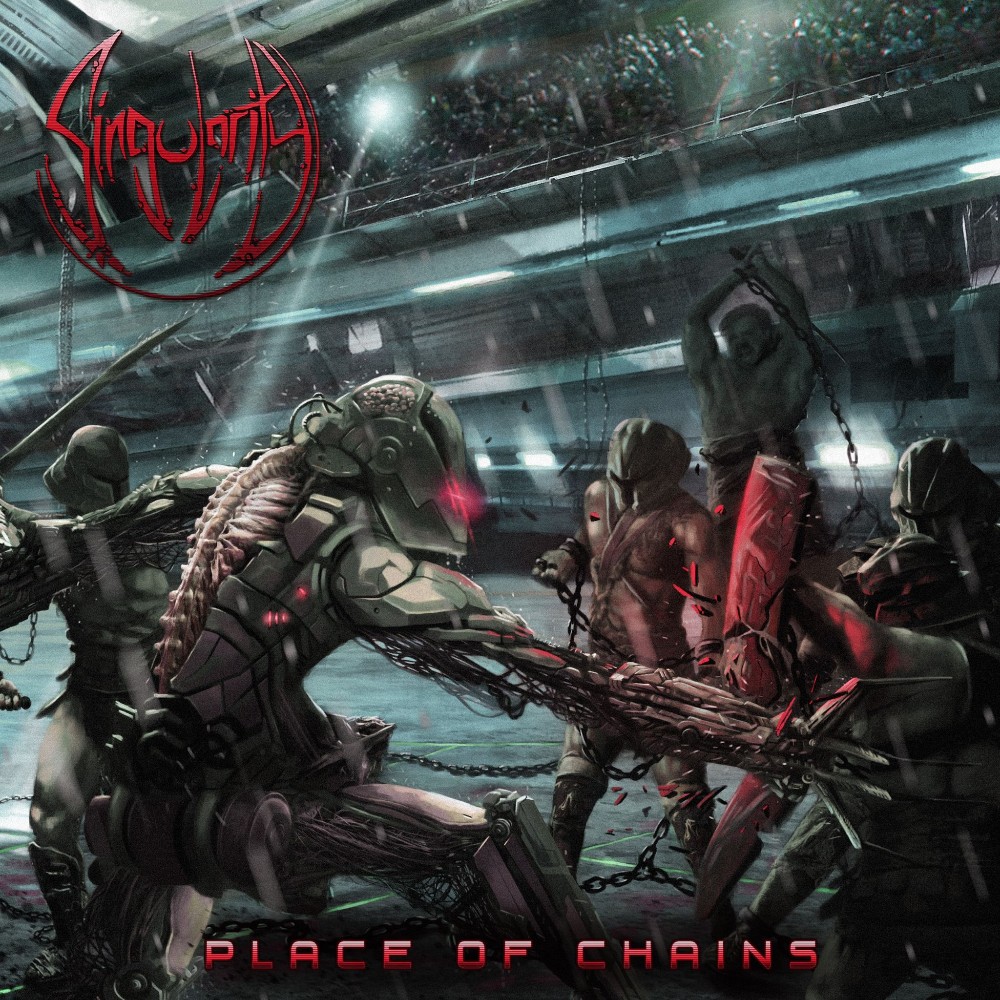 Some things just don’t fit together. You can’t put a square peg in a round hole and you can’t put a lipstick on a pig. Apparently, not so with fusion of technical death and neoclassical symphonic black metal, which this Arizonian act makes abundantly clear on their 2nd album, with excellent and highly impressive results.

Singularity was formed in Tempe, Arizona, in 2010 with the intention to fuse technical death in the vein of Pestilence, Obscura, Fleshgod Apocalypse or early Irreversible Mechanism with neoclassical symphonic black a’la Dimmu Borgir or Old Man’s Child. Singularity debuted with an unnamed demo (2011), followed by another unnamed demo (2012), followed by another one, this time named "A Witdrawal Of Salvation", that same year. 2 years later they independently released the eponymous 1st LP and 2 more years later the Arizonians laid groundwork for the their 2nd full length with the "Void Walker" EP, finally catching attention of The Arisan Era for the release of this here 9 track affair. The album was produced by Jack Fliegler, Jeremy Davis & Mike Low, mixed by Mike Low and mastered by Anagnorisis guitarist Zak Denham, and recorded as Jack Fliegler (vocals, guitars), Adam King (vocals, bass), Nicholas Joseph Pompliano (keyboards) and Nathan Bigelow (drums), but Nick Pompliano tragically died at a fairly young age, before the album’s release.

Although Singularity shares similar lyrical vein with Obscura or Alkaloid, on this album, they focus on a single particular issue addressed on every track – enslavement. The titular place of chains is a reference to a state of imprisonment best referenced in "Desmoterion", the ancient Athenian state prison. A very epic track, "Desmoterion" happens to be one of the best on the record, a fusion of early 2000’s Dimmu Borgir and Dark Tranquillity, with an excellent progressive break with violins and In Mourning-ian transition, over 7 minutes of the best both genres have on offer. Singularity reaches perfection on the closing "As Dark As This Nefarious Night", with fantastic keys a’la Pestilence’s "Testimony Of The Ancients", tight section/guitar cooperation recalling Fear Factory or Chimaira and Alcaloid-ian technical wizzardry, with one of the catchiest riffs and beats in recent memory, crowned with a chorus catchier than influenza in Polish Great Voilvodship in October. Of note are also the similarly infectious "Sysphean Cycle" and more jazzy "Consume And Assume" (with a fantastic transition melody mid-track), but the album really has no bad tracks.

In fact, the reason for a one point deduction is that the rest of the tracks simply aren’t as good as the aforementioned four, which is to say that perfect and excellent are enemies of good.

"Place Of Chains" is an excellent succesful fusion of, perhaps, seemingly incompatible elements, technical death and highly neoclassical symphonic black metal, with very good to perfect songwriting throughout. The material gets better with every subsequent revolution and it is highly recommended. It’s such a pity the band lost one of their greatest strengths with the departure of the excellent keyboardist, Nick Pompliano, on top, of course, of their personal loss.