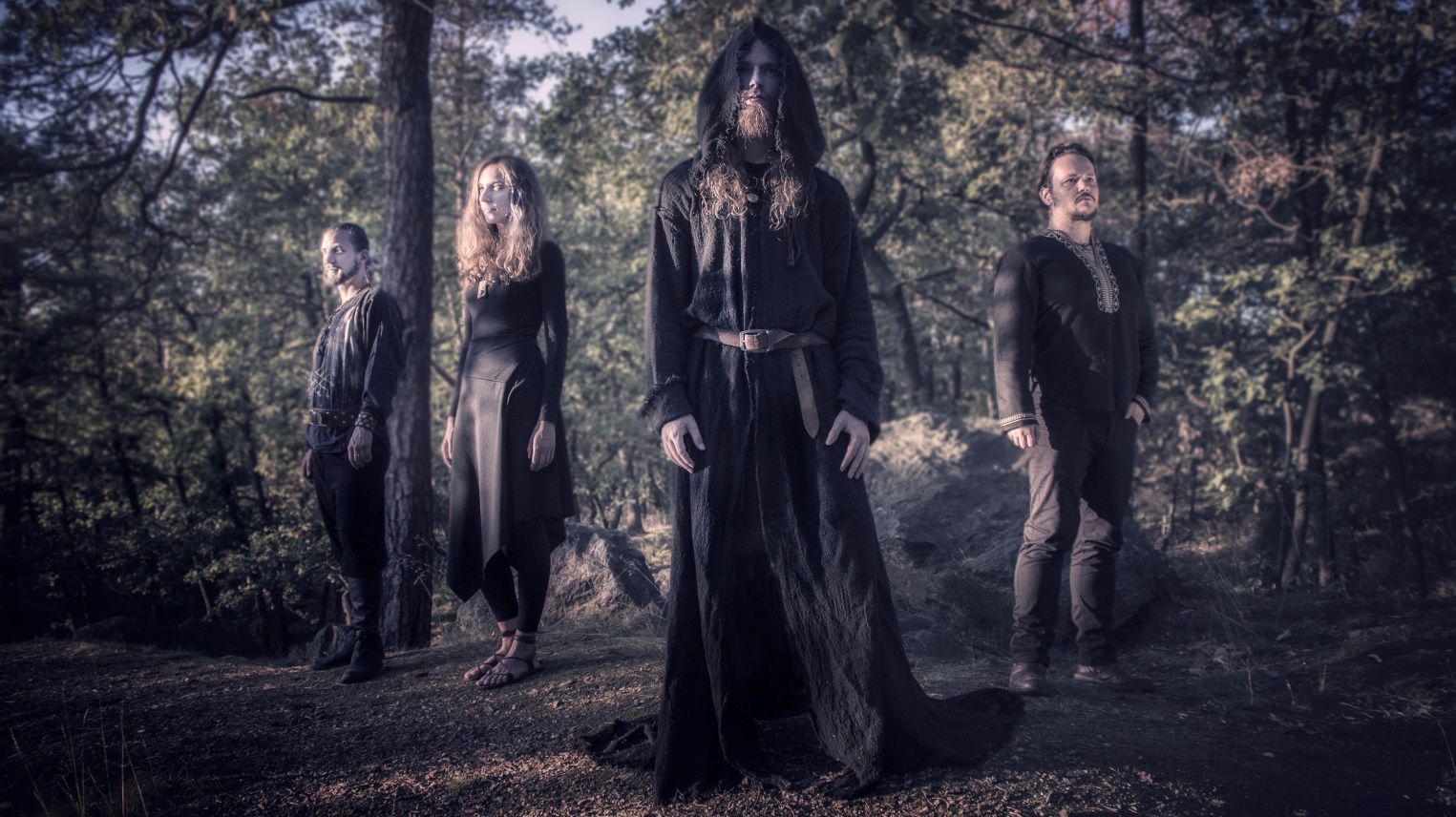 NEMUER is a dark pagan folk project from Czech Republic, formed in 2014 and focusing on atmospheric/eerie compositions inspired from mythological themes.

On October 28th 2019, the band is releasing their fourth album titled Urðabrunnr. Consisting of 12 atmospheric tracks, the album takes the listener through a dark journey into the deep well of Urðarbrunnr and its legends of Norse origins. The album will see the day of light on October 18th, 2019 and will be available in the digital format (Bandcamp, iTunes, Amazon, Spotify, etc.) as well as in the form of a digipack CD.

Urðarbrunnr‘s mystical soundscape is built with the aid of traditional instruments such as tagelharpa, hammered dulcimer, and jaw harp, all of them supporting the haunting vocal techniques (including throat singing) of Michael Zann. To keep the atmosphere utmost immersive, all the lyrics are in fact composed of extracts from Eddas, the Old Norse sagas.

The album is about the fate of the Norse gods, their deeds and the aftermath. It begins with the gods killing the first being, the giant Ymir, and using his body to create the Earth. Then it acquaints the listener with Loki’s three monstrous children. The first of which is Jormungandr, the giant serpent tossed by Odin, the allfather, into the great ocean that encircles Midgard. The second is Hel, assigned by Odin to rule the realm of the dead, the woman with one half of face alive and the other dead. And the third one is Fenrir, the giant wolf betrayed by the gods, imprisoned and waiting for Ragnarok to be freed and to take his vengeance. Then the album describes Odin’s quest for wisdom and the great sacrifices he made to obtain it (like hanging on the tree, or giving away his eye). Then Urðarbrunnr talks about god Freyr’s love for the beautiful giantess Gerd and hints on another mistake the gods made, because to get Gerd’s love Freyr gave away his powerful sword later needed for Ragnarok.

The second half of the album describes this doomsday. The Naglfar track is about the ship full of the dead people brought back to the Earth from Hel’s underworld to fight the gods. The following track announces Ragnarok to officially begin, as the legendary Heimdal blows his horn Gjallarhorn to warn the gods. The world tree Yggdrasil trembles, as all the monsters, the enemies of the gods, are ravaging the Earth. Next the album talks about Odin, the allfather,’s fall, as the giant wolf Fenrir finally takes his vengeance and kills him. Thor, Odin’s son and the god of thunder, meets his archenemy Jormungandr. He defeats the Midgard serpent, but dies because of the poisonous wounds the hideous creature inflicted on him. The album is closed by the flames of Surtr, the fire giant in the lead of the destruction of the world.

To keep track with its inspiration from Norse mythology, Urðarbrunnr’s booklet contains all the lyrics and each song has its own illustration created by the talented The Raven from the North, who also made the whole artwork. The artist was inspired by actual findings from the Old Norse times.

For a taste of Urðarbrunnr’s darkness, the band has so far released the following singles:

– The Binding of Fenrir https://www.youtube.com/watch?v=Aqg3hZTpg1k

Nemuer [ne-moo-er] is a dark pagan folk project from the Czech Republic. Since 2014 Nemuer’s main aim has been to immerse the listeners into the world of dark fantasy, eerie dreams, and mystical atmosphere.

Through their dreamy acoustic music, Nemuer brings ancient myths and stories back to life. In order to keep the atmosphere utterly immersive, they use solely authentic dead languages or lyricless primordial chanting. The project has never been about music only. They create a hypnotic, transcendent experience that combines art with ancient mysticism.

The project Nemuer is rooted in ancient Egyptian, Babylonian, Mayan, and Norse mythology. 2014 brought to light the first full release from the band – "Irenthoth’s Dream" – album essentially set in ancient Maya empire. The whole album is a journey constantly jumping between shamanic and dreamy experience.

The following year the band released a Lovecraftian Music Album "Labyrinth of Druids". The main essence of this album is a terribly dark atmosphere that is built by suggestive, sinister and dreamy tones of acoustic guitar combined with haunting symphonic parts. The super-eerie track "Caves of Damnation" from this album has its vocals were recorded in a real cave. "The Castle" is dedicated to H. P. Lovecraft and it is set in one of his most famous stories "The Outsider".

In 2018, Nemuer released their third album "Gardens of Babylon" on the occasion of a release party concert in Prague doing the ceremony together with The Moon and the Nightspirit. Gardens of Babylon took the listener to the ancient city of Babylon and concerned both the heaviness and beauty of death. The album received warm critical acclaim especially from the pagan magazines like Heathen Harvest or Wild Hunt. The official music video "Descent to the Realm of the Dead" became soon popular in both the pagan and gothic community for its dark symbolism and singular sound.

All music composed, arranged, and premixed by Michael Zann.

Artwork created by The Raven from the North.

El Rodeo + Born on a Monday gig i Trondheim