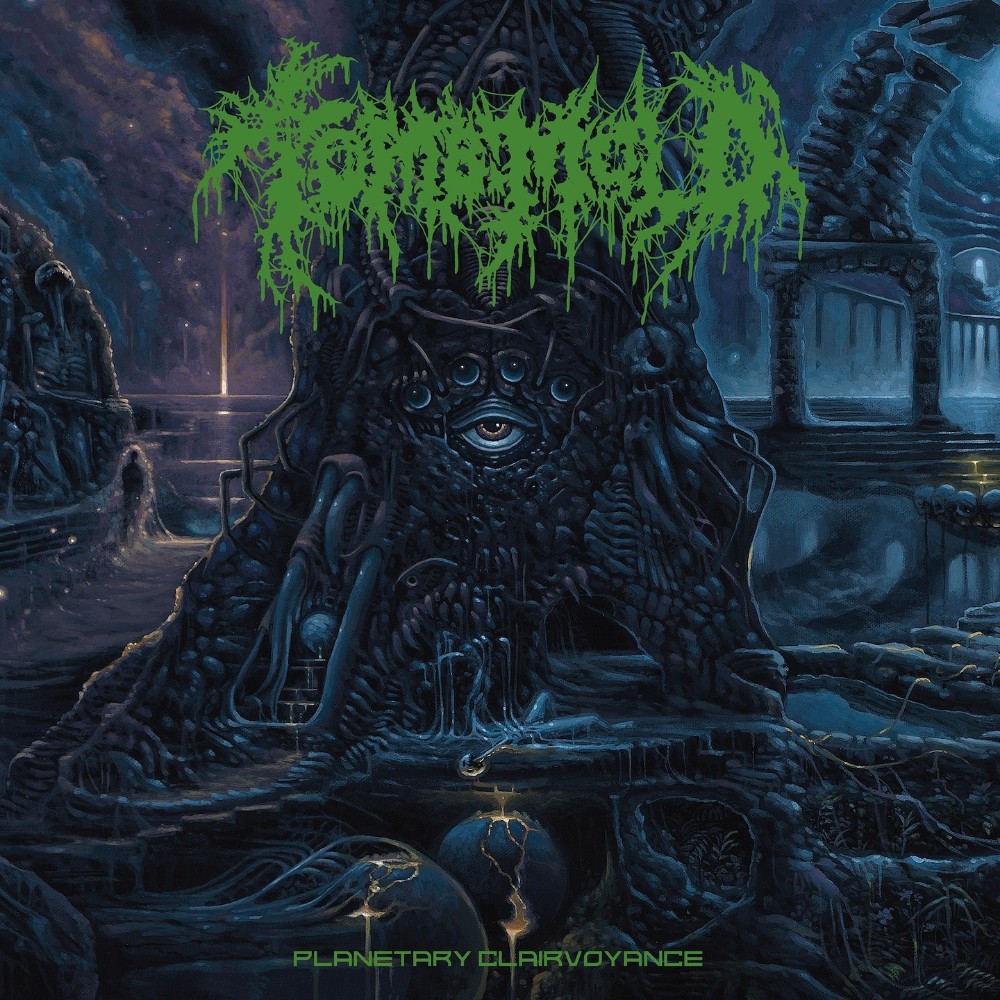 On their 3rd album the Canadian death metallers unleash a devastating blend of 1992 Carcass, Death and Ulcerate with flawless execution, very good songwriting, yet with few hooks and moderate memorability.

Formed in 2015, the quartet of Max Klebanoff (drums, vocals, electronics), Derrick Vella (guitars), Steve Musgrave (bass) and Payson Power (guitars) garnered very positive reviews with their 2nd album, "Manor Of Infinite Forms". Their brand of very chaotic death in the vein of Carcass’ "Necroticism–Descanting the Insalubrious", old and latter Death with Kreator’s "Terrible Certainty" is very creative and consistent, with most of the material on even 4.5/6 level. Of the 6 tracks (not counting the short creepy acoustic instrumental "Phosphorene Ultimate") I distinguished 2 for some definite and memorable hooks: the Ulcerate-ian "Infinite Resurrection" with its infectious somber latter Death epic melodicism and the closing half-instrumental latter Death-style, half-doom a’la old Paradise Lost or My Dying Bride with cascading monumental riffs akin to Anathema’s "Sunset Of The Age", for the most accessible 6 minutes on the album (Heat Death). Other than these 2 cuts, two deserve honorable mentions: the opening "Beg For Life" for its interesting acoustic transition mid-track, and the title track for the thrashy rhythm recalling Darkest Hour’s "This Will Outlive Us" as well as Sepultura’s "Chaos A.D."

The second flaw of this disc is the relative lack of variety, whereby the constant brutal barrage, as flawlessly executed as it is, can get tiring after a while. Fortunately, Sean Pearson’s production and Arthur Rizk’s excellent mix and mastering (also Enforced, Cavalera Conspiracy and Power Trip) help much to sustain the attention with all instruments at the proper level. Unfortunately, it can not do much for the first, and most important flaw of the album: the monotone one-dimensional vocals of Max Klebanoff, the sort of Cannibal Corpse-ic run-of-the-mill guturals which never change tone or pitch. This being their third album, concerns me the most, especially since, while brutalizing the material, it takes significantly away from the more majestic, epic moments which beg for more versatile vocals.

Tomb Mold is a very good, devastating and creative death metal ensemble and their position is further solidified on "Planetary Clairvoyance" but they need to work on the memorability of the material as well as the way to diversify the vocals, both of which issues I expect them to address on album number 4.