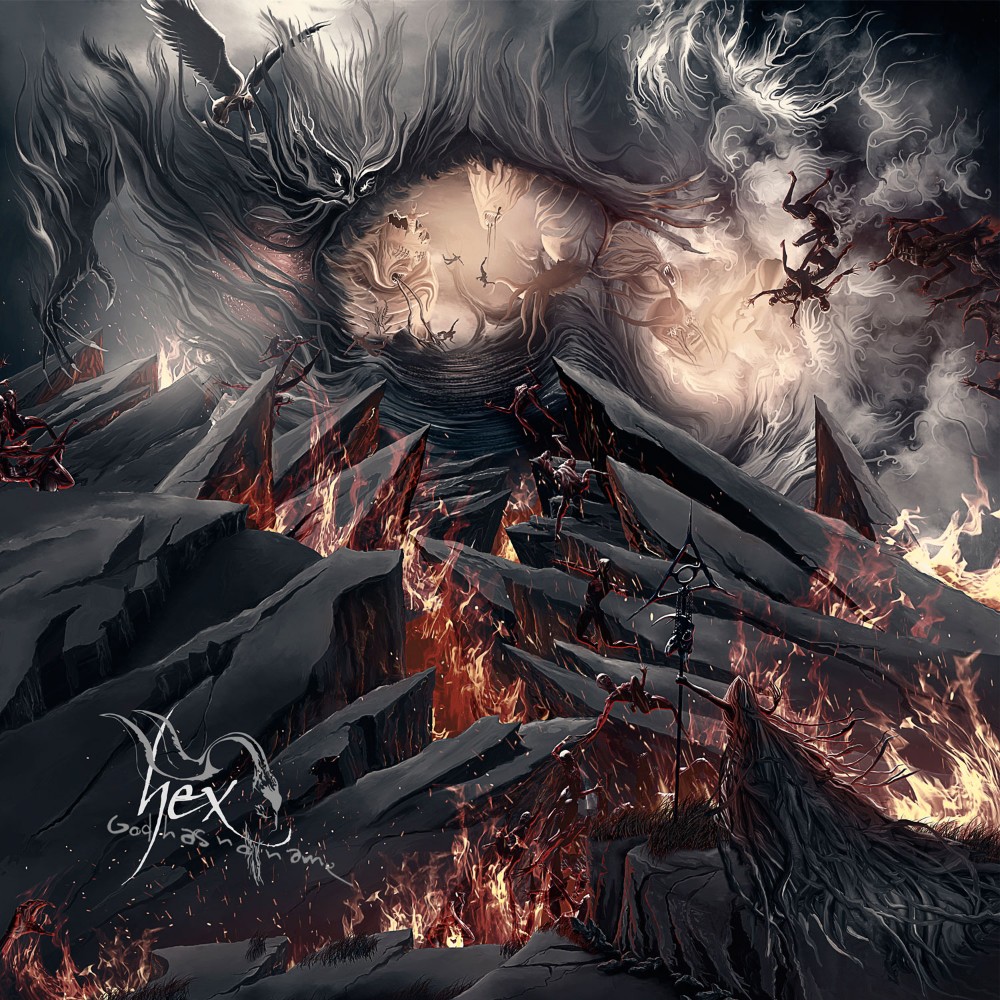 HEX – God Had No Name

On their sophomore album the Spanish death/doom ensemble bring back the power of early Paradise Lost, Gorefest, Aspyx, Malevolent Creation and Max Cavalera Sepultura, with melodicism of Hypocrisy and My Dying Bride atop early 2000’s Behemoth, for an excellent mix of styles and sounds.

"God Has No Name" received many raving reviews and rightfully so. Hex, featuring Jonathan Pernía García (vocals), Adolfo "WB" "Drake" Cantoya (guitars), Jon (guitars), Endik (bass) and Asier Amo (drums), have excellent songwriting skills, knowing exactly when to slow down and when to speed up recalling such balanced works as Hypocrisy’s "The Fourth Dimension", Malevolent Creation’s "The Ten Commandments", Immolation’s "Failures For Gods", Aspyx’ eponymous, My Dyng Bride’s "As The Flower Withers" or Sepultura’s "Chaos A.D.", power always a breath away from a hook or a melody.

Because the tracks are of the same balanced quality it is very hard to pick favorites but I particularly like the early Gorefest-ian "Soulsculptor" with its dynamic speed up a’la Hypocrisy as well as the Krisiun-ic "Where Gods Shall Not Reign" with melodic leads and atmospheric female vocals recalling ancient Paradise Lost and My Dying Bride, but is the equally melodic Malevolent Creation-ary "Daevangelism – The Dark Sunset" with Slayer-ic intro or the Obituary-ish "Apogryphal" recalling 90s Max Cavalera Sepultura and Paradise Lost’s "Gothic" climate any worse? I especially like (this album clearly a statement against all forms of idolatry, those we condemn as well as those we condone and defend) how "Worshipping Falsehood" ushers in a demagoguery of Spanish conquistadors with "…but if we are to succeed", ends the track precisely to start "Daevangelism" with the same devilish voice "…in building our new Jerusalem, our city on a hill" so that it is a one continuing massage of a theocratic persuasion. Hex being anti-theocrats like myself, present the message well lyrically and musically and they are especially to be commended for not splitting the diabolic exorcism-gone-bad intro from the first track "Thy Kindgom Gone" for a more powerful message as one unified song. I wish more bands did that.

There are two aspects of this album which could have been done better and they both concern suggested additions rather than subtractions. First, "Worshipping Falsehood", as great a track as it is, with the Sepultura’s "Territory" flashback it induces, could have used more variety, especially change of pace, even if just a tad bit. Second, with this high quality of songwriting, 7 tracks feels a little like getting an appetizer, first, and no second course, and 2 or 3 more songs such as "Soulsculptor" or "Apogryphal" would have really taken this album and the score to greater highs.

My criticisms notwithstanding, "God Has No Name" is an excellent exercise in thinking man’s death/doom and I will be awaiting further developments from these very talented Spaniards with baited breath and on the edge of my reviewer’s seat.