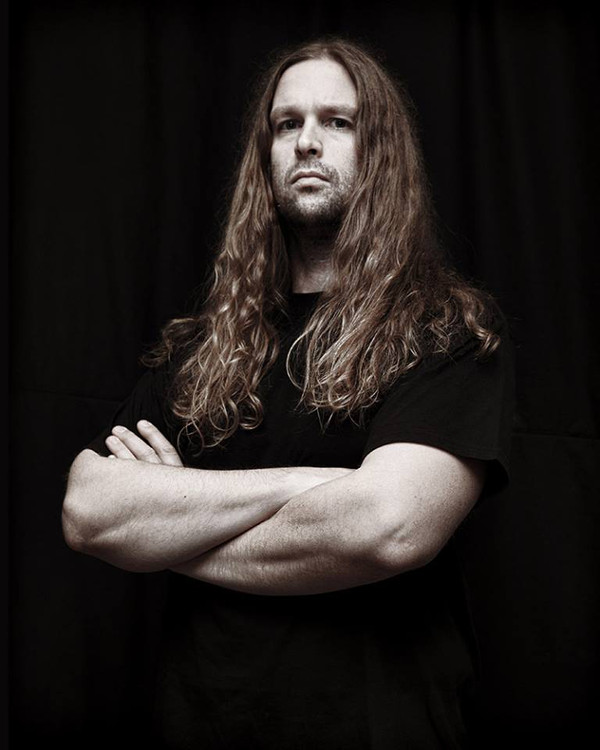 Interview with Tobias Gustafsson (Vomitory, Nifelheim) about Vomitory‘s reunion and future plans with his bands.

Vomitory has been a major influence for the more brutal side of the swedish DM scene. What do you think is your most important contribution to the development of the Swedish DM scene?
We never had a specific Stockholm sound or Gothenburg sound. Perhaps something in between. Anyway, we have always been more influenced by the US sound or more grind influences than the average Swedish Death Metal band. There is also the fact that we have always stayed true to our sound and been quite consistent throughout our career; that I think has been our most important contribution.

What made you reunite?
In late 2016 we got contacted by Summer Breeze festival in Germany for their 20th anniversary in 2017. The former manager for Metal Blade Records Europe – Michael Trengert – was also working with Summer Breeze festival. They wanted to do something to honour the memory of him, since he passed away way too young in 2013. So they asked us if we wanted to be part of that special day at Summer Breeze. It was an easy decision to make. When we called it quits back in 2013, we were all very sure that we were not going to reunite again ever, but when Summer Breeze contacted us we just had to do it because we owe Michael so much. He was the one who signed Vomitory back in 1999 and he got us on a number of really great tours that helped us make our name grow in the scene. He put us on a European tour with Cannibal Corpse back in the early 2000s for example.

So we agreed to do this reunion thing and after we did that special show, it was like we looked at each other and we all have had lots of fun, so we started to think about reuniting again in 2019. Times change and our lives look a little bit different nowadays than they did 5 years ago. Everything works a lot smoother now. So we thought it was a good year to highlight the 30th anniversary of Vomitory since the band was found in 1989, and we all wanted to get together for one year of reunion to just go out and play as much as possible.
We didn’t have many expectations though. If we could get five or ten shows we would have been happy. But it looks like it will be 40 or 50 instead. We are having a lot of fun. Shows are great and the fans are amazing. It’s good to do this again because I missed the comradery and the friendship we have together in Vomitory, so we are enjoying it a lot now.

How has it been to tour again?
To tour again has been really positive, but it has its downsides, like the long-distance travels. But there are positive things now. See, back in the days when we were an active band, when we were struggling to get somewhere, it was a different thing compared to now. Now we aren’t planning to write or record any music at all. Now we are just taking care of all our fans, so it’s less pressure and everything fits just great.

What other musical projects have you been working with while Vomitory was on hold?
Me and Erik started a new band called Cut Up and we got signed to Metal Blade Records and we have released a couple of albums. A couple of years ago I also joined Nifelheim.

Any plans of recording new music?
We have started writing new music for Cut Up. I don’t know when it will come out, but probably next year.
And Vomitory? Any plans of ever recording something new?
No. I should never say never, but we have no such plans.

What do you think of modern metal sound? Do you care for any of it? Do you even follow how metal has evolved in different and weird ways?
I don’t care much, but I try to stay updated. I listen to some of it, but I mostly stick to the older stuff. I grew up in the ’80s so I stick to Iron Maiden, Judas Priest, Black Sabbath, Motörhead, Slayer, Venom. The whole hard rock and heavy metal stuff. Also early ’90s Death Metal, Entombed, Dismember. Vader, everything they have done is pretty good. I’m not too much into American Death Metal, but I love Exhumed, Terrorizer, and Cannibal Corpse.

What do you think of melodic Swedish death metal and its influence in modern metalcore and commercial bands out there?
Some of it is OK, but generally it’s not my cup of tea. I prefer it brutal and if I’m going to listen to something melodic I prefer regular heavy metal. I do not like the mix of melodic stuff and the growling vocals. I don’t say I hate it, but when I listen to Death Metal I want it to be brutal.

You are now re-issuing two albums. Do they contain something not previously released or have been re-mastered?
Actually we are re-issuing the whole Vomitory catalogue now.
Do they contain something new? Something not previously released or have been re-mastered?Only the first two albums: Raped in Their Own Blood which has the demo Through Sepulchral Shadows as a bonus, and Redemption, which has 5 bonus songs from the 1989-1999 mini-LP.

Is there something new going on with Nifelheim right now?We are recording a new album. It will come out later this year. When it comes to the sound you can expect it to continue in the same vein as always. We are not going modern. We are recording in Sonic Train Studios with Andy LaRoque (King Diamond). There we recorded the drums and the vocals. He is producing a little bit of the album. We wrote one song in the studio and Andy shared his insights and experiences. The rest of the album will be recorded by Fredrik Folkare from Unleashed. He is going to do the mixing and mastering of the album. It will be a combination of Andy and Fredrik.

Anything you would like to add?
If anyone gets the chance to see us live, then you take this chance, because it is probably going to be only this year. But you should never say never. When we disbanded we said we would never reunite again, but here we are now. But we’ll see what the schedule will be because me and Erik are busy with Cut Up and I’m also busy with Nifelheim.