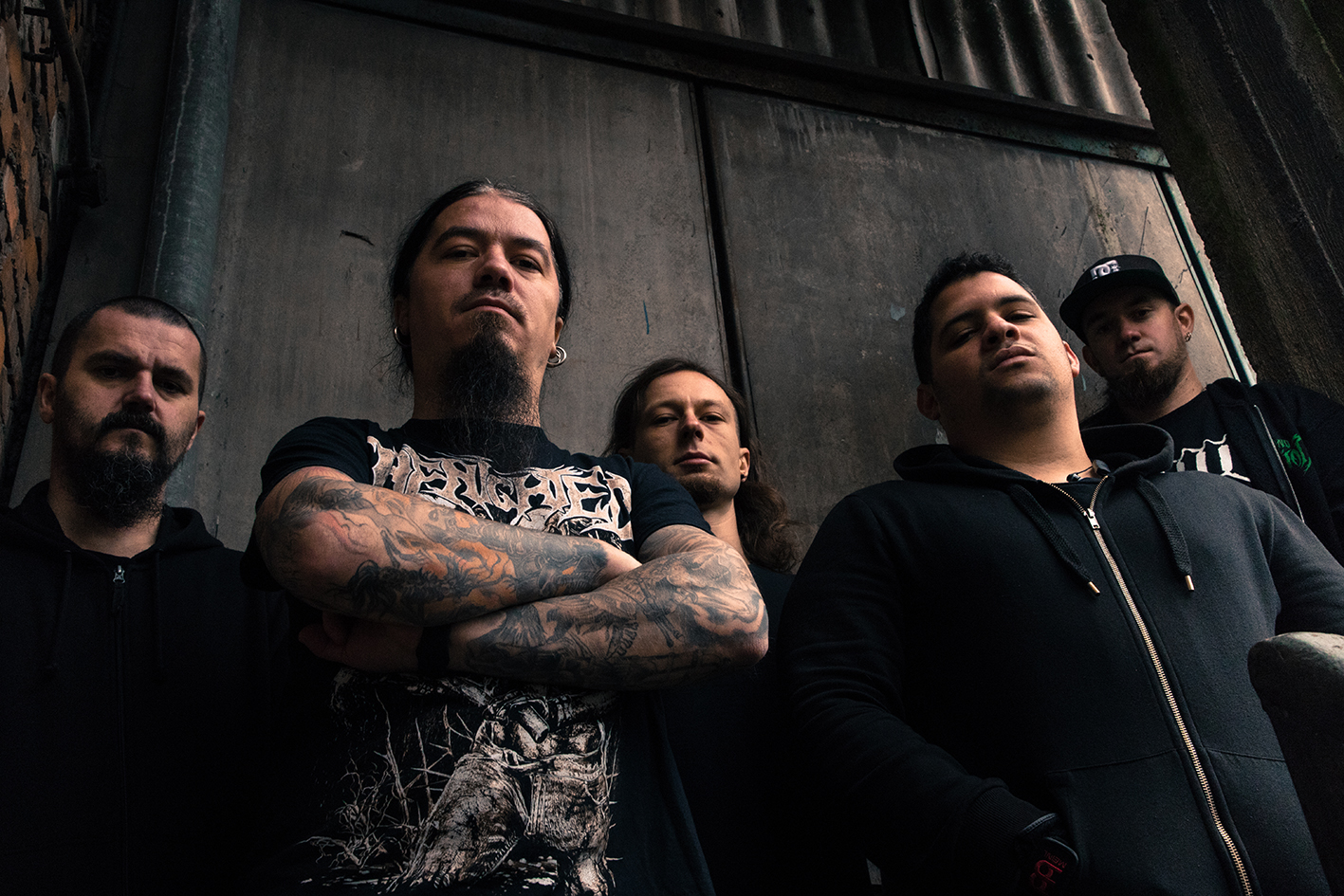 The path you make for yourself, the road less traveled. The one you lead on and not blindly follow. The way you travel to find who you are, and what secrets the world holds for you. Freedom of thought and of spirit. The Left Hand Path.

The Left Hand Path EP is scheduled to be released on June 17th 2019 via Loud Rage Music, and pre-orders are now available here:

Below you can stream the entireLeft Hand Path EP

Left Hand Path is a progressive extreme metal band, established in Cluj Napoca, Romania. Founded in 2014 by Eduard Covacic (guitars) and Attila Szenasi (bass), Andras Adam (guitars) and Jose Morales (drums) joining the band in 2016. In 2017, Tamas Wagner replaced Eduard Covacic on guitars and along with Cristian Aionese on vocals, the band was finally ready to bring to light their own take on modern metal.

The spring of 2018 marked Left Hand Path’s live debut, since then, opening for several bands in Romania and abroad. Currently preparing the launch of the first release, scheduled in early 2019, Left Hand Path will give back their gratitude to all their fans and continous supporters, by bringing out their hard worked selftitled EP.

Here’s the official video for Egoschism

Szenasi Attila (bass) – you’ve most likely heard him play with Negura Bunget, where he spent about a decade and with the brutal death metal band Malpraxis

José Morales (drums) – Behind the drum set, straight from South America, Jose, who joined the band after playing in Marchosias and Dark Aevum

Ádám András (guitars) – After a lot of gigging playing guitar with The Hourglass and Toy Machines, he is now ready to bring you our fresh flavor of modern metal

Wagner Tamás (guitars) – Tamás played guitar for Malpraxis and bass for Spiritual Ravishment, and is a big fan of heavy rhythms and groovy riffs

Cristian Aionese (vocals) – The former vocalist of Skullp and co-founder of Malpraxis, he is going to shout, scream, growl, and squeal everybody’s face off! Beware of the butcher