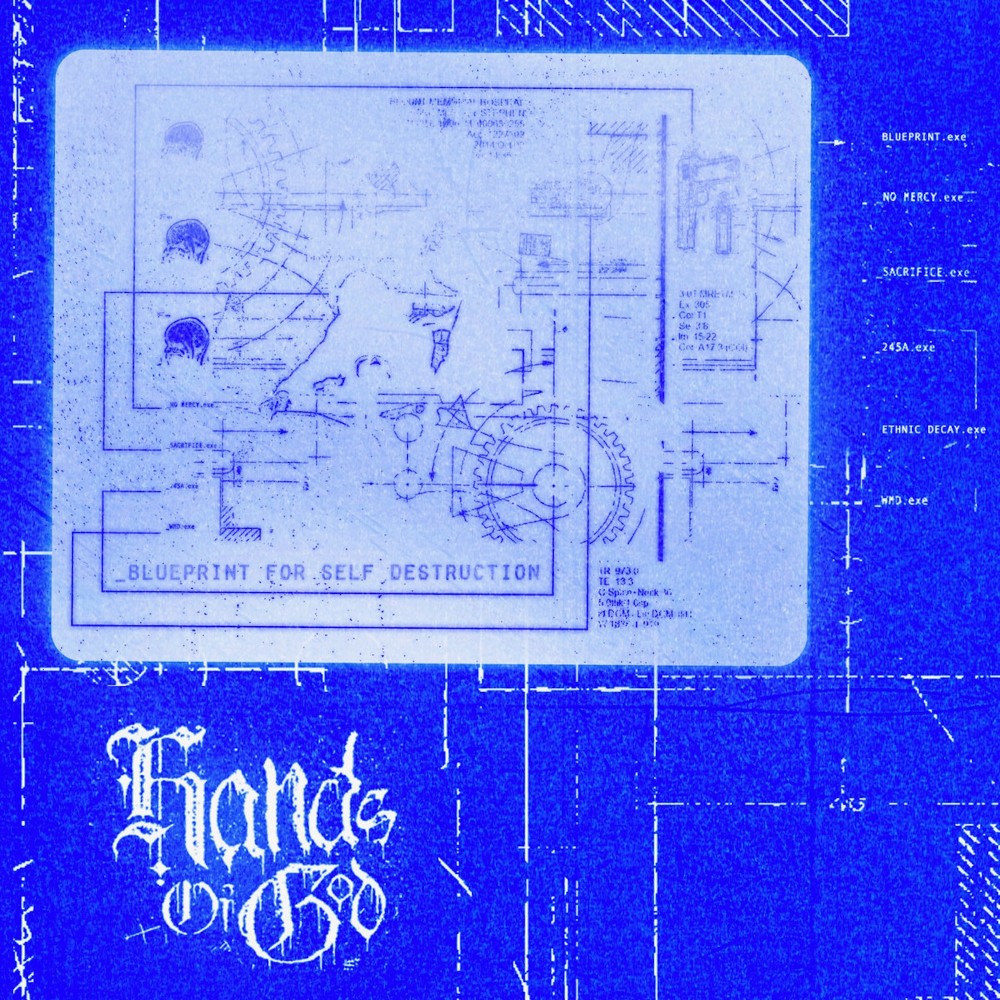 HANDS OF GOD – Blueprint For Self Destruction

Stop looking at the world through rose-colored glasses! See the propaganda and the misery your government, your church, your schools are bringing on the planet and its inhabitants every day! Life is hard and merciless! Only the strong survive! I don’t really have to read the lyrics (not that they’re available) to this Californian hard core/metal squad’s debut EP to know what "Blueprint For Self-Destruction" is all about: the pain of human soul living in the utterly corrupt world. Every note screams of it, every riff makes Machine Head’s debut "Burn My Eyes", with which it shares both the subject matter and the anger, sound antiquated in comparison. And no, don’t read "hard core/metal" and think "Bullet For My Valentine or Atreyu". This is hard core that shamelessly copulates with thrash and death which only makes it stronger, truer, more vicious and relentless.

Simple yet powerful riffs of classic Slayer married to classic Biohazard, early Diecast and ancient Hatebreed with Jeffrey Wang’s Billy Graziadei/Zach De La Rocha (Biohazard/Rage Against The Machine) wrathful screams for God’s vengeance on the unrepentant wicked, with occasional trips to classic Obituary, Soilwork or Gojira, with a booming deafening bass and a rawness of a freshly eviscerated pig in a slaughtered house, this is what you can expect from this record. There’s very little to not like about it but definitely first to fight, after the weird jazzy/synth intro with a melodic riff are the 1, 2 punch, "No Mercy" (featuring Year Of The Knife’s Tyler Mullen guest vocal) and "Sacrifice", both so incredibly catchy throughout while blisteringly heavy and ferocious that I declared them both perfect on the second spin. Of note are also "Ethnic Decay" and "W.M.D", with that last one, a perfect closer where Hands Of God flirt with death metal gets so extreme they approach industrial. Specifically, if you like albums such as Diecast’s "Day Of Reckoning" or Hatebreed’s "Satisfaction Is The Death Of Desire", you’ll love "Blueprint For Self-Destruction".

This record would be, in fact, perfect were it not for some experiments with straight up death metal which sound like Obituary’s excellent "World Demise" LP (245 A), with some riffs more of the standard hard core variety, whereas, after all, what makes this record so good is the riffs and structures NOT typical of the hard core genre. Also, although I personally am not too keen on excessive profanity in "No Mercy" I realize this is typical expression for hard core so this in no way affects the score.

Hands Of God hits like a lead pipe to the back of the head dealt by Steve "Stone Cold" Austin and never relents for a second with catchy powerful riffs, explosive screaming and passionate vocals, adorned with near perfect songwriting. If this is a mere EP I shudder to think what they could unleash on a full length.