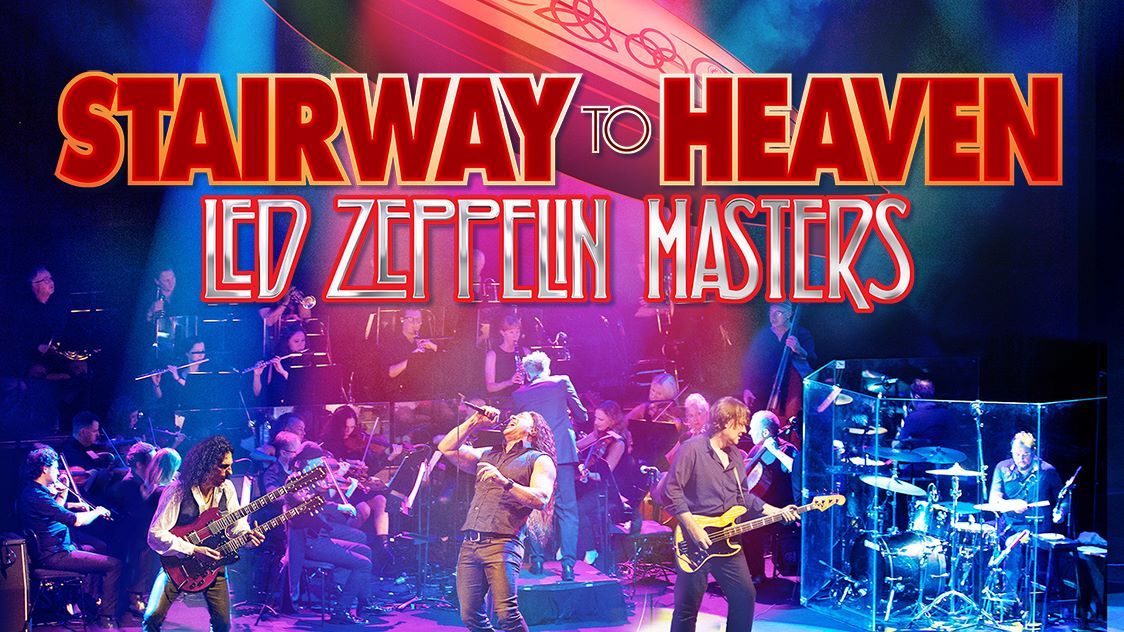 The hugely talented Australian act named Led Zeppelin Masters is undoubtedly one of the greatest tribute acts to the pioneering band who changed the musical landscape forever by means of their legendary 1969 debut offering and a string of other masterpieces that followed in its wake. Countless other Zeppelin tributes are out there touring and playing gigs and whatnot, but what sets Led Zeppelin Masters apart from those others is the use of a live symphony orchestra. On a windswept Saturday night in late March, these guys paid the great venue that is Grieghallen a visit and it was good to see that loads of lovers of classic rock had turned up either to revisit their youth or simply to revel in the majesty of Led Zeppelin’s treasured catalogue of songs. The gig was not entirely sold out, but still, the turnout was strong.

As mentioned earlier on, Led Zeppelin Masters is basically a fusion between a classic rock quartet and a symphony orchestra, and I was wildly excited about how their interpretation of Zeppelin’s timeless tunes would turn out and whether they would be suitably epic and dynamic or whether it would come across as chaotic. Luckily, there was a real good balance between the band and the orchestra, which is to say that both parties were prominent and present in the mix, but they never cancelled each other out or got in the way of each other. The orchestrated touches ranged from subtle and delicate to huge and grandiose, which mirrored the light and shade of Zeppelin’s material in many ways, but obviously, the use of strings added some new and different layers and nuances to the well-known compositions. As is usually the case with Grieghallen, the acoustic were phenomenal and the sound was both crisp and clear.

Led Zeppelin Masters played for more than two hours and we were served brilliant cuts such as "Good Times Bad Times",  "Nobody’s Fault But Mine",  "All My Love",  "The Rain Song",  "Moby Dick" (including a cool drum solo),  "Dazed and Confused" (including the sinister use of a violin bow), the gentle  "Stairway to Heaven",  "Heartbreaker",  "Black Dog", and a long line of other superb pieces. For me, the highlights were the infectious  "Ramble On" and  "The Song Remains the Same", the epic  "Kashmir" and the melancholy  "No Quarter", and the two glorious encores that were  "The Immigrant Song" and  "Whole Lotta Love". The orchestra was wonderfully loud and bombastic during the latter tune. Also, the encores really got the crowd going and everybody got out of their seat and clapped excitedly for twenty minutes straight before the band called it a night.

Led Zeppelin Masters is not the most charismatic or energetic cast of musicians out there, but it is a talented one with a rather refined and classy take on Led Zeppelin’s much-loved anthems. If these guys pay your city of residence a visit, make sure you go and check them out.