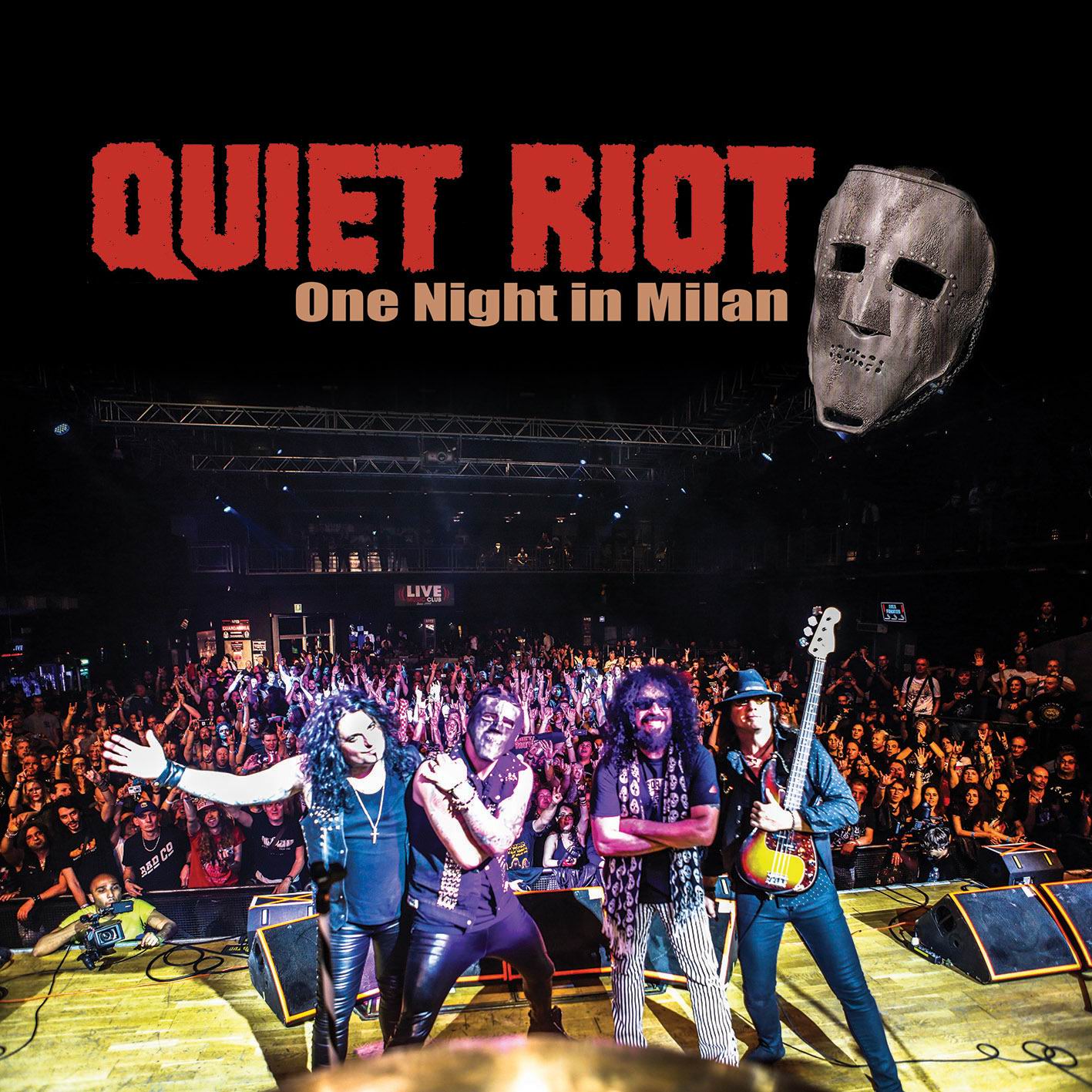 QUIET RIOT – One Night in Milan

Renowned US metal heroes Quiet Riot unleashed a very cool-sounding record entitled “Road Rage” back in 2017 and it was loaded with strong riffs and catchy tunes, and I remember thinking to myself that it would be really interesting to experience the new material in a live setting. Luckily, the band and Frontiers came up with the idea of capturing the band live on stage the following year and this, the resulting live offering appropriately titled “One Night in Milan”, is in many ways a satisfying listen.

I was surprised by the fact that the band’s performance at the Frontiers Rock festival was their first appearance in Italy ever, but there you have it; "One Night in Milan" actually has some historical weight to it. Compared to many other live albums released via Frontiers, this one comes across as slightly murky and flat in places, which kills some of its momentum and intensity. You can sense and feel that Quiet Riot are giving it their all and turning in an aggressive performance, but a more defined, bombastic, and sharp sound would have done wonders for the album as its fifteen live renditions of kick-ass heavy metal simply deserve a better production than this. Still, it is an enjoyable record and there is no faulting the quality of the song material. You get the classic cuts such as “Mama Weere All Crazee Now”, “Cum on Feel the Noize”, and “Bang Your Head”, but two of the disc’s highlights are “Can’t Get Enough” and “Freak Flag” from the aforementioned “Road Rage”, and I especially dig the wicked version of “Terrified” that is present here too. There is also a heartfelt tribute to the legendary Randy Rhoads and Kevin DuBrow, but you need to experience that one for yourself. Vocalist James Durbin handles all the song material confidently and the band as a whole is anything but sloppy.

If you consider yourself a fan of Quiet Riot or if you attended the Frontiers festival in 2018, this is obviously a great souvenir to have, but for the rest of us, this is neither a must-have nor a mandatory listen as such. Like I said, it has its merits and it is cool that their first ever Italian show was recorded, but it lacks that overwhelming sense of rock ‘n’ roll majesty that many other live albums possess.