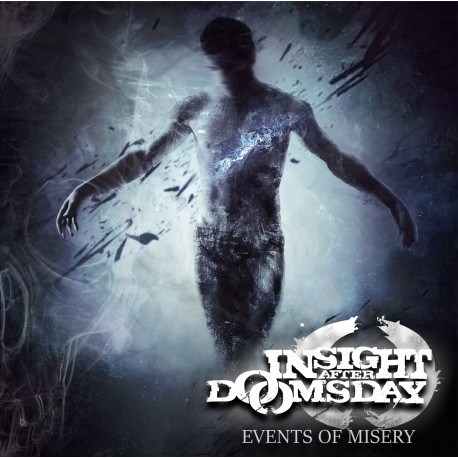 INSIGHT AFTER DOOMSDAY – Events Of Misery

The roots of this Spanish progressive metal/metalcoremetalcore band lay in the formation of Arcabuz in 1999. After one year, the band changed the name to Insight and consisted of Eric Garcia (bass, vocals), Ricardo Estrada Sánchez (guitars, vocals), Jordi Pascual Guasch (synthesiser, samples) and Jose Fernández Molero (vocals, guitars), persisting for ten years as a melodic thrash/death metal band and releasing two full lenghths before the final change of the name to Insight After Doomsday (IAD) in 2010. Under this moniker, to date they released three full lengths (unless you count re-release of "Aware" with additional tracks). "Events Of Misery" marks addition of a drummer Victor to the lineup. Is the new album worth your time and why not?

Frankly, I have not heard such a dsjointed, haphazardly put together collection of pseudometalic tracks in quite a while. Presented here is metalcore of the most generic fashion in see-through progressive metal clothing. Take the weakest material of In Flames, Dark Tranquillity and Solwork you can think of and add djent with truckloads of slo-mo techno electronics and (irony!) excellent production. Now combine them together taking care that each segment is as weirdly affixed to another as you can muster so as to cause a listener to scratch his or her had in a vain attempt to comprehend what in the world were you thinking when you wrote it. Then, restructure SOME of the songs for illusion of order and structure. Tada

I can name ONE track that I honestly gave a 4/6 (Revolution), and, trust me, even that is hardly revolutionary. "The Other One (Pt.II)" and "My Shelter" are worse but still serviceable, with most of the remaining tracks rated at 3/6. And those are just the most listenable ones of the (are you counting?) thirteen compositions on hand.

I saved the worst for last. "Wearing Out" (you don’t say?) strikes me as a parody of Killswitch Engage’s "The End Of Heartache", a metalcore album I count among my favorites. If you were trying to lampoon it, though, weird syncopation would not do. No, we must add off key female vocals to accompany already horrid In Flames’ Anders Frieden/As I Lay Dying’s Tim Lambesis vocal impressions. "Sick" sounds as though IAD wanted to start acoustically (which they do a lot of) but then realized this is the penultimate track so let’s wake folks up with an aggressive riff, if only for just a while. "The Sight" and "Misery" actually have interesting melodies and decent riffs but they are so horribly put together in what feels like a "who can kill the momentum with the worst death possible" contest. Oh, you get the point!

"Events Of Misery" is a horrible album. What’s frustrating is that Insight After Doomsday clearly know their instruments and how to make them obey. But they have a hard time stringing it together after 18 years (!) of band experience and that is precisely why my score for so aptly named "Events Of Misery" could not be higher.
There were many albums in 2018 deserving of the album of the year title, but I know which one is the worst, and it’s still behind Machine Head’s "Catharsis" nail to their own coffin.

But fairness demands a future outlook, not mere scathing criticism. Maybe it is time to change direction: either decide to play non-metal electronica or nu-metal flavored harcore, but the two, with you guys, don’t mix very well together. Or, perhaps, you could be an instrumental band if the decent title track is any indication? In any case, please don’t stay the way you are, especially, if you want to make a living exclusively off of your music.