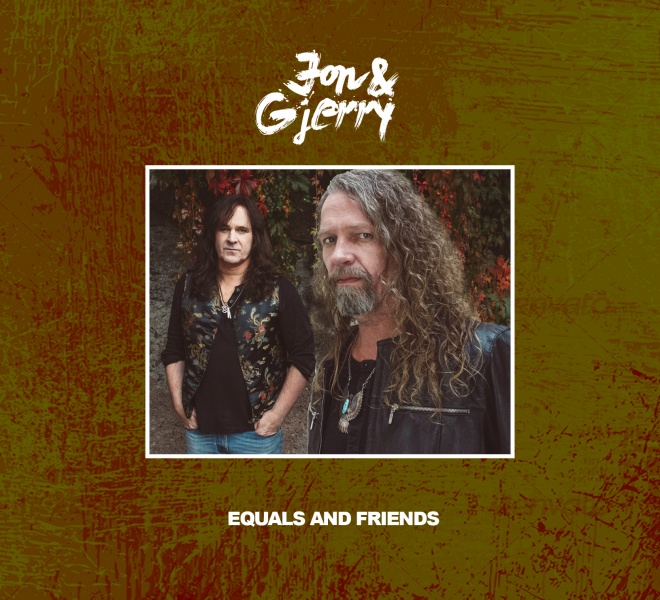 I had no idea what to expect from this 9-track album by the Norwegian duo who have simply named themselves Jon & Gjerry, but it turned out to be a pleasant albeit uneven mix of melodic rock, AOR, pop, soft rock, and singer-songwriter music with a strong emphasis on catchy riffs backed by glacial 80s keyboards and sing-along choruses that range from addictive to downright cheesy and saccharine. There are nods and winks to outfits such as Journey, Pride of Lions, and to a lesser extent Foreigner in a number of places, but that is merely another way of saying that Jon and Gjerry are all about memorable vocal lines, hook-laden songs, and melodies that are easy on the ear.

"Equals and Friends" is anything but heavy or wild: it is to a large extent somewhat calm and mellow, which is underlined by the piano and acoustic guitars that sneak into the picture and add a nice touch as well as a bit of color to the proceedings. On top of that, a number of different musicians have contributed to the album and appear as guests on it, one of which is Ronnie Le Tekro (TNT). The standout cut is undoubtedly "Seven Days" (co-written by the aforementioned Tekro) with its irresistible 70s vibe and groove. The slightly melancholy title track is also well-crafted and has a hint of Bruce Springsteen to it. Some of the tunes lack bombast and power, which is either due to the rather weak and subdued production or the lack of drive and energy on the part of the band (or perhaps a mixture of the two). Either way, some more grit, conviction, and devil-may-care attitude would have done wonders for "Equals and Friends" as it comes across as rather safe and predictable in the overall perspective. It is a decent slab of rock music with a number of cool elements to it, but nothing more than that, really, and the fact is that there are countless bands and artists out there in the melodic rock/AOR sphere who are simply more interesting and compelling than Jon & Gjerry.

Despite the fact that there is nothing original or truly exciting about "Equals and Friends", it does have its moments, so those of you out there who are interested in knowing what is happening in the Norwegian rock underground might want to give this one a spin or two.