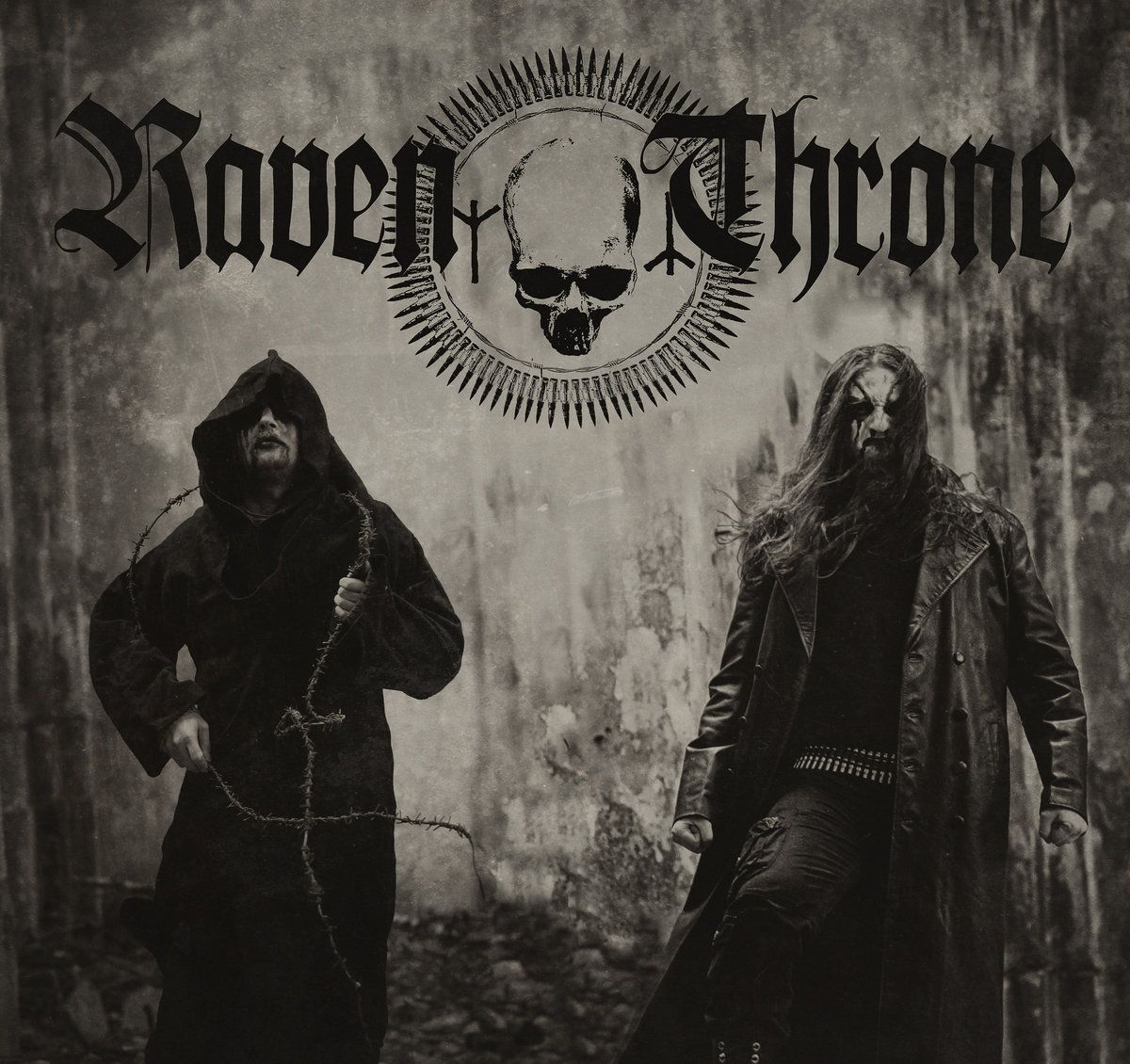 RAVEN THRONE is the atmospheric heathen metal act formed in the northern part of Belarus in the faint year of 2004. Over time, through searches and discoveries, achievements and losses Raven Throne is looking for invisible trails to the mysteries of nonbeing. Inspired by the beauty of eternal Winter as before, the band continues the endless falling into the abyss. It is us who are the names of the abyss, and the ways to it are in ourselves.

The band’s career started from "Великая тень Чернобога" (2005) full-length, which was never released physically because the band wasn’t satisfied with the overall quality of an album. Demo “Сквозь пепел столетий на зов твой…” (2006) was more developed in terms of sound and composition, and it was released on CD-R. Full-length albums “Тенью сквозь смерть” (2008) and “Вечный, тёмный” (2010) were the next steps on Raven Throne’s path. The band continued to look for its own sound and ideology by mixing different influences such as Gorgoroth, Immortal, Graveland and Hate Forest.

The 2012′ split “Adzinota kruka” contained more experimental sound from Raven Throne side. Those experiments were unleashed on 2014′ “Доктрина ненависти” album. This album had grim blackened metal sound in the vein of middle-era Gorgoroth, and its lyrics made a step away from early paganism, moving towards plain hatred to humanity.

The experiments ended in the year 2015, when Raven Throne released a single “Biaskoncy snieh Času”. That single contained traditional atmospheric black metal in the vein of Drudkh with Belarusian lyrics. Since then, Raven Throne has been working in this style, showing the dark side of Belarusian nature and being in the music. The full-length “Šliacham zabytych” (2016) was their first and very successful step on this path. In 2017 Raven Throne released a chain link between this album and the next in the form of “Niazhasnaje” EP. Their latest offering is the critically acclaimed sixth album “I Miortvym Snicca Zolak”, based on poems from the beginning of the 20th century, released by Non Serviam Records in May, 2018.

Now Possession Productions finally represents a physical embodiment of two small, but important releases of the band, in the form of “Biaskoncy snieh Času / Niazhasnaje” compilation. This compilation comes in 6-panel digipak format, limited to 500 copies, and contains remastered versions of both single and EP.

TUSMØRKE – interview at Tons of Rock