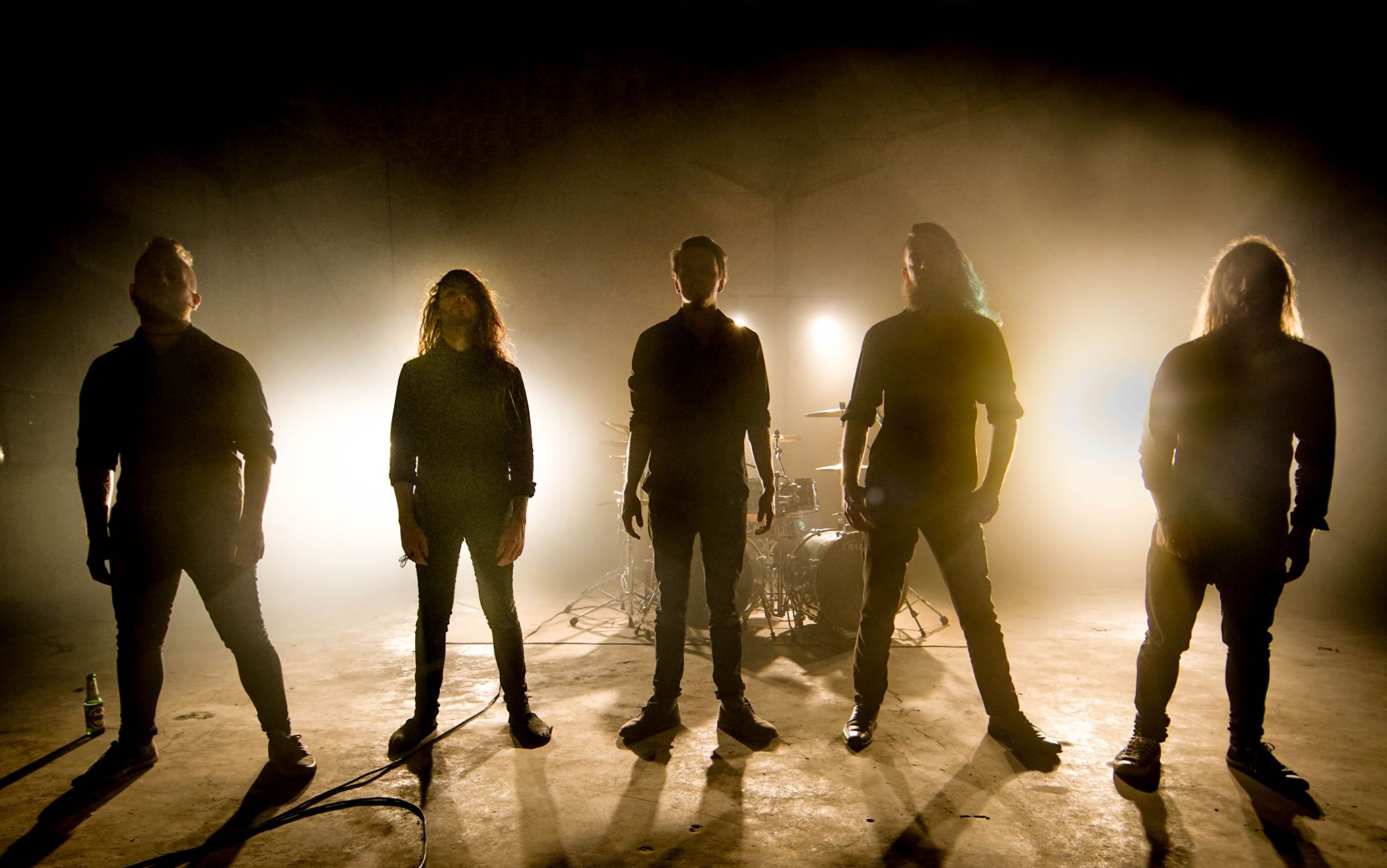 Interview with the Australian band Atra Vetosus, a band who released their latest album called Apricity earlier this year. They play Melodic Black Metal and have recently toured in Europe. Here we present some of their thoughts about the tour, in addition they provide an insight into their music and how is it like to be a metal band in Tazmania among other things.

1. How Apricity differs from Voices from the eternal night, it’s predecessor soundwise?

I would say Apricity is a straight up predecessor to Voices From The Eternal Night. It differs by taking the core sound from that album and expanding upon it with further elements. Instead of being a straight up ‘melodic black metal album’, reminiscent of the mid 90’s Scandinavian scene, Apricty has grown to incorporate many elements from modern black metal sub genres (atmospheric, depressive, post, etc).

I’d also add the song writing is a general step up, but that is of course a subjective statement.

2. What other instruments have you layered into the songs?

Apart from the layered over distorted and clean guitars there’s a variety stringed instruments added subtly to the mix.

Cellos, Violas, Violins etc which boost the high and low elements of the songs where needed. Keyboard leads/pads are also used prominently throughout which highlight some of the lead guitar riffs.

3. What’s a good atmosphere and how do you attempt to create one?

To me a great atmosphere is something that can immediately draw the listener in, and if done well conveys to that listener the atmosphere you intended. This can be easier said than done as people experience music differently.

Myself creating that atmosphere, it all starts from 1 riff that I feel encapsulates the feeling I want to put forth and I build upon it from there.

This isn’t always an easy task. I have a large vault of riffs that failed at putting forth the atmosphere I intended.

4. How is it the metal scene in Tasmania like?

Being a relatively isolated island at the south of Australia it’s rather small but it does have dedication.

Most major touring bands don’t step foot here. In saying that the south of the state has made great progress with their annual Dark Mofo festival which brings a handful of international metal bands for an event during their 10 day event.

5. I actually found you do have winter in Tasmania, but I figure it’s a rather mild one. The songs and album title refer to winter themes. Do you get inspiration from Australian nature or is it drawn from Scandinavian BM themes?

When compared to Scandinavia, I suppose our winter would be considered mild in comparison. Lowest recorded temperature in Tasmania is -13% and snowfall is quiet regular during the season outside the cities.

Being that most of our music is composed in the colder seasons (as it’s too cold to do much else) we do gather a lot inspiration in winter. In saying that, we’re not solely rooted to winter, the Autumn season play their part in our music also.

6. Where did you record the album?

The drums, bass and vocals were all recorded by our personal friend Dave Luck in 2 separate locations he organized. The guitars and keyboards were handled by myself at Dawnless Studios.

7. The Australian acts I like the most have a particular old school oriented, dark or raw feeling to it. I have come to associate these styles to Australia, but the scene has much more to offer. How have you let the Australian metal scene influence you? And what do you try to bring to the scene?

The Australian is rather expansive with quality bands in all genres of the metal banner. I’m unsure how it’s influenced be directly and I’ve never thought about it until now.

I suppose having many great bands around you, the relationships you’ve made with those members and seeing their successes influences and inspires you to put more into your own band, either directly or indirectly.

I can’t say we’ve ever tried to bring anything to the scene other than what we are. The optimist in me would say we offer a more obscure/niche sound to what is common in the Australian scene.

8. Any Australian underground bands that you would like to recommend us?

Myridian, Hyrbid Nightmares, Deadspace and Departe. All bands we have a high respect for.

9. Your label, Immortal Frost, is European. What are the advantages of having one foot here in a way?

The main advantage would be having a heavy European distribution network with all our releases to date. Immortal Frost Productions trades with many other labels and is present with a distro at many major European festivals. That coverage is something that would be a lot more difficult on our own.

Our recent tour of Europe was made possible by our label as well.

10. You have just toured in Europe. How was it like?

This is still pretty fresh in my mind so it’s hard to fully describe the experience, but it was surreal. Experiencing the highs and lows of the tour life for 16 days, playing to crowds in different cities each night and meeting people who are passionate about the music we create was phenomenal.

It’s also further inspired our band to reach for the next milestones.

11. I’d say that your songs while not dissonant, are composed in a particular way. Can you tell me about how you arrange the instruments and structure your songs

I composed the majority of the material for Apricity. I sort of touched base on this in a previous question. I start with 1 riff that I feel captures the atmosphere I desire to put forth and build upon it from there. The progression of the songwriting comes naturally from there. I won’t use the cliche "a good song writes itself", but to some degree that applies. There is also the constant over analyzing about structures and segments etc, and balancing those between a whole album.

12. What do Apricity’s lyrics deal with?

Well, I was rather surprised myself after reading this question, haha. After discussing with our label manager, who is in charge of our Spotify (and all other major digital platforms) channel, the "explicit" tag is just a precautionary measure incase Spotify or any other platform receives any complaints in regards to the lyrics and these platforms then have the grounds to relist the material due to false declarations.

I imagine this is his label wide way of doing things as opposed to us as a band. There’s nothing explicit about our lyrics.

Purchase links for the album