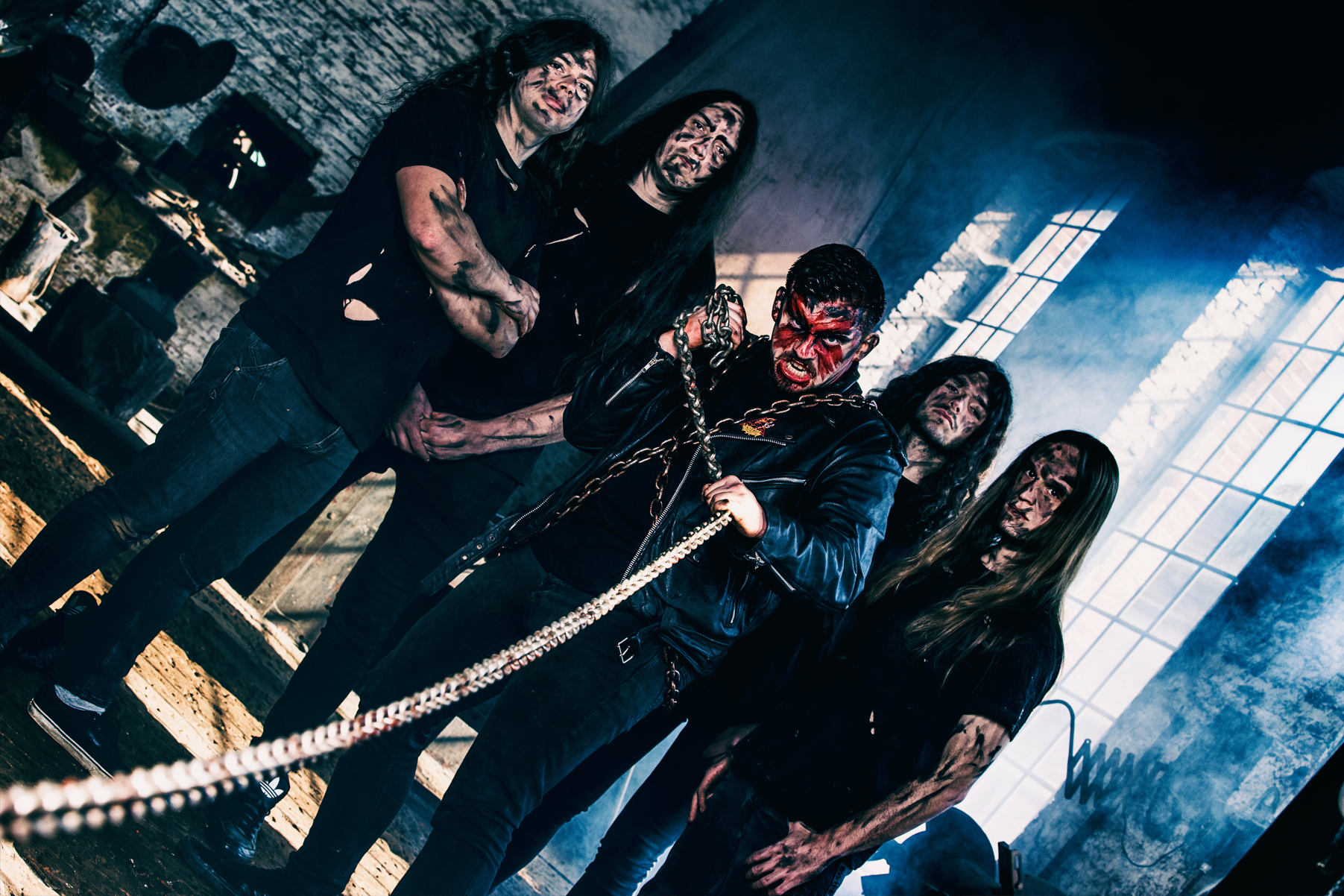 "Chapel of Abhorrence"
from upcoming album

CD
Vinyl LP in various colors
The Pre-order
http://smarturl.it/ChapelofCarnation
The Statement
Every religion builds houses for their gods. Believers go to these houses to pray and strengthen their belief. Christians go to church, Muslims go to mosques… In comparison, the Chapel of Abhorrence is were deviants go to embrace their foul desires. It oozes with depravity. It’s the house of sin, the home to perversion and the realm of repulsion.
The Biography
CARNATION equals blistering death metal madness from Belgium. Early 2013, guitar player Jonathan Verstrepen created the band to show his appreciation for the old school death metal legends from the ‘80s & early ‘90s. Vocalist Simon Duson, bass player Yarne Heylen, guitar player Bert Vervoort, and drummer
Vincent Verstrepen were summoned to complete the band, and it didn’t take long until the chemistry between this quintet to hit critical mass.
2015 marks the year that the first offering entitled ‘Cemetery of the Insane’ was released upon the masses. Tracks such as "Explosive Cadavers" or "The Rituals of Flesh" take you back in time to the better days of shredding riffs, neck-breaking drums, and skull-crushing guttural vocals.
The live rituals that followed were executed with stone cold merciless aggression. CARNATION delivered their bloodbath at select festivals across Europe during 2015 and 2016. Their next journey led them to distant Asia for their first tour across mainland Japan. This resulted in the infamous ‘Live at Asakusa Deathfest’ recording (2017). These releases, combined with their reputation as a notoriously impressive live act, drew the attention of fans worldwide and provided CARNATION with the opportunity to perform at several European festivals and saw the band touring alongside PESTILENCE during their special Brazilian tour in April 2018.
With ‘Chapel of Abhorrence’, CARNATION welcome you to death’s domain and invite you to witness them rise to their throne!
Track-list
1. The Whisperer (6:16)
2. Hellfire (4:17)
3. Chapel of Abhorrence (3:23)
4. The Unconquerable Sun (4:10)
5. Disciples of Bloodlust (3:28)
6. Hatred Unleashed (3:23)
7. Plaguebreeder (3:45)
8. Magnum Chaos (4:41)
9. Sermon of the Dead (4:38)
10. Fathomless Depths (5:38)
11. Power Trip (4:02)
Total playing time: 47:41