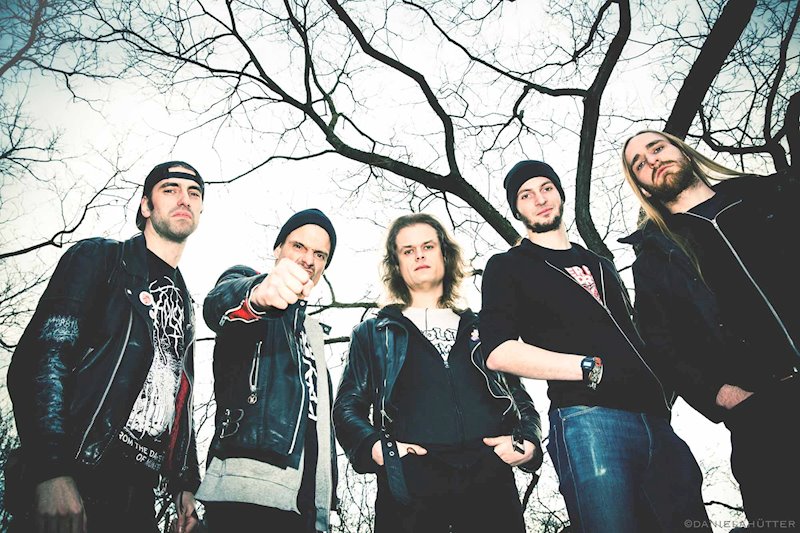 "This is Space Chaser at our best. Waves is probably the best song we’ve ever written and it deserves no less than the best video clip we’ve ever made. The tremendous amount of suffering and pain it took to make this sci-fi extravaganza happen totally payed off and what you see is a action packed short film that perfectly conveys everything the band stands for.
Popcultural references you may or may not spot are completely coincidental."
Space Chaser are a Thrash Band from Berlin, heavily influenced by classic american Metal in the vein of old Exodus, Slayer, Anthrax or Overkill, fronted by their screaming Madman Siggi, who ranges from high-pitched Dickinson-like melodies to hyper aggressive shouted vocals! These guys are always ready to raid your town and start a fucking Thrash Party!
About the Split LP: this is the next genius strike of berlin’s masters of thrash SPACE CHASER and DISTILLATOR, netherlands rising star of 80s metal. on this new split both bands show their pure strength, razor sharp songwriting, super precise riffing, furious drumming – these war mongers can easily compete with metals great 80s heroes. Each band delivers four fresh own signature songs and one great classic cover. absolutely delightful entertainment!
Style: Thrash Metal