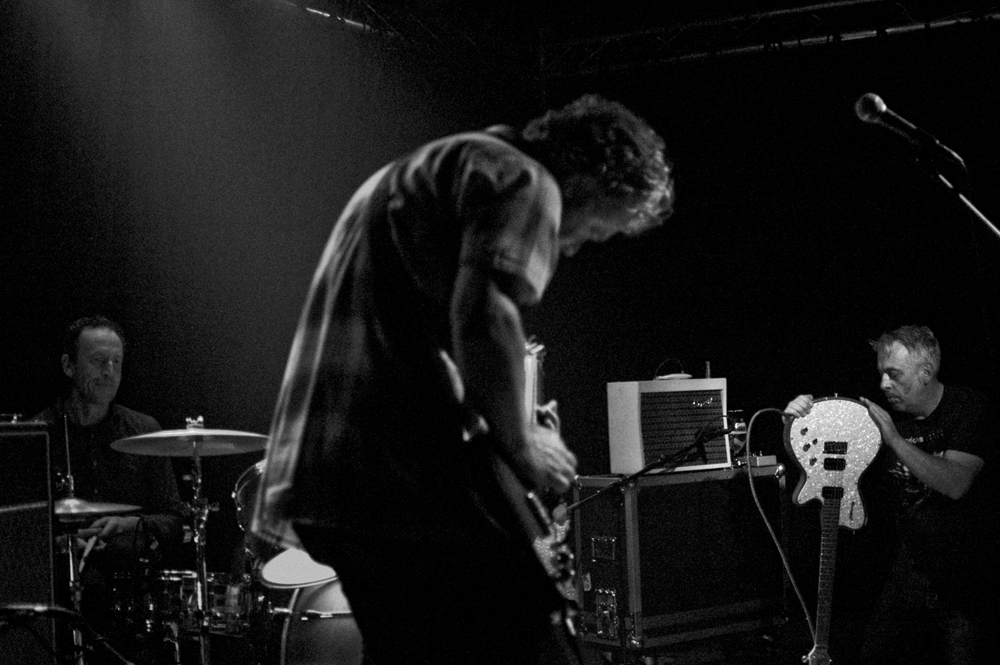 Without the Dead C. the face and sound of modern noise and experimental music would be unfathomably different.  – Dusted, USA
They have permanently deformed rock music. – David Keenan, The Wire

Formed in Port Chalmers, New Zealand in January 1987, the Dead C. have always consisted of the trio of two guitars and drums: Michael Morley, Bruce Russell and Robbie Yeats. Since then they have continuously walked a tightrope stretched between rock and free improvisation, from which they have yet to fall. They have pursued a path both fully international and thoroughly underground.

Their 30-year career has thrown up nearly 30 albums on a bewildering array of independent labels across the globe – in 2018 they are releasing ‘Rare Ravers’, a new album on New York-based Ba Da Bing Records. Their performances remain infrequent, even at home, and are always unrepeatable. The Dead C. are, as John Peel famously said of the Fall: ‘always different, always the same’.

In June 2018 The Dead C will play headlining shows across Scandinavia as well as a festival in Helsinki. Their only previous performance in that part of the world a drummer-less duo set at Copenhagen’s Festival of Endless Gratitude 2016.
• Oslo Kafe Haervaerk (with solo sets)
• Bergen Kunsthall
• Oslo Bla
• Gothenburg Folk
• Copenhagen Alice
• Helsinki Sideways Festival