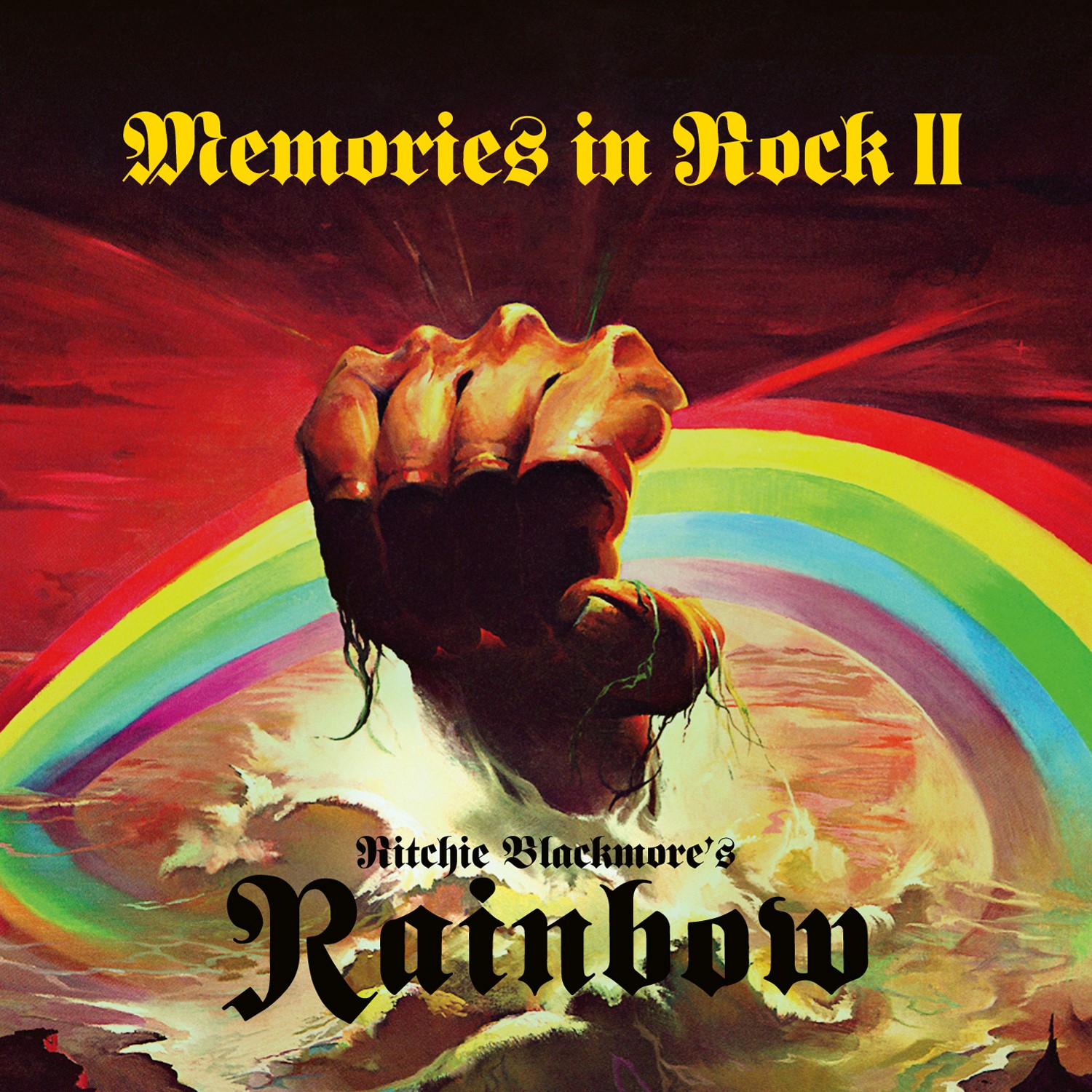 Legendary guitarist Ritchie Blackmore needs no introduction and you all damn well know that without him and Deep Purple this very website that you are currently glancing at might not ever have existed. Following his inspired and inspiring tenure with Purple, he launched his own solo outfit in 1975 and named it Ritchie Blackmore’s Rainbow only to shorten the moniker to simply Rainbow in 1976. Many fine musicians such as Ronnie James Dio, Cozy Powell, Bob Daisley, Doogie White, Don Airey, Roger Glover, and Jimmy Bain among others trod the boards with the band over the years, but when Blackmore made the decision to re-launch Rainbow in 2015, he brought in a cast of entirely new faces and characters, kind of like he did when he brought Rainbow back from the dead following his exit from Deep Purple in 1993. Following three succesful comeback shows in 2016 that all sold out in what seemed like a blink of the eye, Blackmore and his cohorts decided do a short tour of the UK the following year and this 2CD/DVD release entitled "Memories in Rock II" documents those specific shows.

The thing about vocalist Ronnie Romero is that he has to sing and cover material originally sung by some of the greatest hard rock vocalists of all time, namely Ronnie Dio, David Coverdale, Ian Gillan, Graham Bonnet, and Joe Lynn Turner. No pressure then! But the thing is that he pulls it off brilliantly and there is passion, energy, and emotional intensity to the man’s voice. The interplay between Bob Nouveau and David Keith is impressive and sharp while Jens Johansson plays the keys like a man possessed. As to the mysterious man in black, Blackmore is perhaps not as unpredictable and musically thrilling to listen to as he was thirty or forty years ago, but who gives a fuck, because he still rules beyond belief. There is a conviction and determination to his playing that is marvelous and it still sounds dazzling and elegant. The backing vocals provided by Candice Night and Lady Lynn are gorgeous and never overshadow anything or seem out of place. The ensemble plow through splendid and magical compositions such as "Spotlight Kid", "Mistreated", "Man on the Silver Mountain", "Stargazer", "Perfect Strangers", "Catch the Rainbow", and "Black Night", just to list a few examples. The highlights include moving versions of the melancholy "16th Century Greensleeves" and the haunting "Soldier of Fortune" as well as a majestic rendition of the Purple classic that is "Child in Time". "Catch the Rainbow" and "Black Night" are clearly standout tracks too and "Temple of the King" is just lovely. The low point (and the one that totally kills the momentum) is the seemingly never-ending rendition of "Difficult to Cure", but what would a Rainbow gig without a few solo spots be? Sadly, this particular one will put you to sleep.

Whereas the first installment of "Memories in Rock" had a certain immediacy and intuitive vibe to it that was absolutely brilliant not to mention the sensational feeling of listening to Blackmore performing Rainbow and Purple tunes again, "Memories in Rock II" shows a more focused, disciplined, and tightly structured version of the band. It is quite evident that Blackmore and his bandmates came prepared and had rehearsed more for the 2017 shows than the ones that took place the year before. Although the "Memories in Rock" live offering that was released last year boasts a more powerful and atmospheric production, this follow-up release is a most worthy addition to the Rainbow canon and the mere fact that it contains the first new studio material (the moody and memorable track entitled "Waiting for a Sign") by the band since 1995’s underrated "Stranger in Us All" opus is all the reason you need to invest in this wicked thing of beauty. Any fan of exceptionally well-crafted rock music ought to check "Memories in Rock II" out. It contains some of the greatest songs ever written performed live with class and aggression, exclusive backstage footage and fascinating interviews, an exclusive song, and the packaging is simply superb and looks awesome. If you were lucky enough to catch Rainbow on tour in the UK last year, this release will serve as the perfect souvenir. This is vintage hard rock at its finest and this particular album shows why people still love and cherish Rainbow. It may not be as compelling and ferocious as "On Stage" (or "Made in Japan" by Deep Purple for that matter), but "Memories in Rock II" is nevertheless a great collection of superbly executed Rainbow live material.

RICK PARFITT – Over and Out