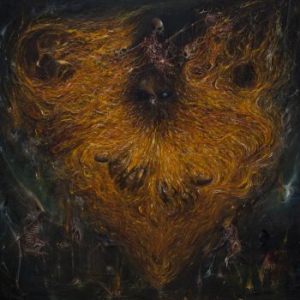 HORIZON ABLAZE – The Weight of a Thousand Suns

Horizon Ablaze’s new album The Weight of a Thousand Suns is Black Death with progressive influences. This album shows all the highly skilled musicianship of Andre Kvebek (Den Saakaldte, 1349, Pantheon I), Kevin Kvåle (Svartelder, Gaahls Wyrd (live)), Ole Bent Madsen (Blood Red Throne), Shandy MacKay (Absu, Pantheon I, Khonsu), and Stian Ruethemann. It is a pretty interesting musical project. They not only mix genres but they bring in lots of non metal influences. It is complex, but they do manage to keep an overall musical unity, in spite of the many variations.  I find some Death Metal parts in Sleep is the Brother of Death and My Soul Divided, for example, lean towards melancholic Gothenburg style, the vocals remind me of At the Gates as well. These sequences are interspersed with progressive black metal parts.

A vast array of different tempos, subtle subgenre changes form this ever morphing hybrid. I like the way the music goes back and forth between old and new influences in a matter of milliseconds in songs like Behind the Veil. It is kind of vertigo inducing. This is just a product of  musicians skilled enough to mold the music as they see fit in a seemingly effortless manner.

It is pretty dark and melancholic but melodic at the same time. The slower parts have a grooviness in them and that makes it pretty enjoyable. Every song has its own style variations.

In Delusions of Grandeur, Gojira comes to mind. Even though the genre changes at times, the sound keeps an overall character that remains during the whole song making the transitions pretty smooth. On the other hand Ghost of a Previous Nightmare has a much more experimental nature and is full of contrasts. The cleans here are more alike those one finds in melodic hardcore, but that’s just a brief part because then it comes an avantgardish  blackened progression. Pretty cold, sad but beautiful Black Metal that morphs again becoming more rhytmical as the song progresses. So yeah it goes back and forth, but the more you listen, the more you get the whole picture. Last but not least,  Stream of Conciousness and Di Inferi are perhaps the most blackened songs in the album and both have the elegance of Emperor’s IX Equilibrium.

Every song gets its own mix, and there are non-metal influences that have been brought in, but that only makes this album better I think.  They do not behold the same black metal style throughout the songs. Everything is done so it fits the particular song in question. Horizon Ablaze waves a a complex mesh full of contrasts that keeps a balance between intricacy and feeling. They get the best of both worlds since it is not overly technical. The Weight of a Thousand Suns is one of a kind album. It will be released on February 16th via Leviatan/Diger. Fans of new and old will appreciate it alike.