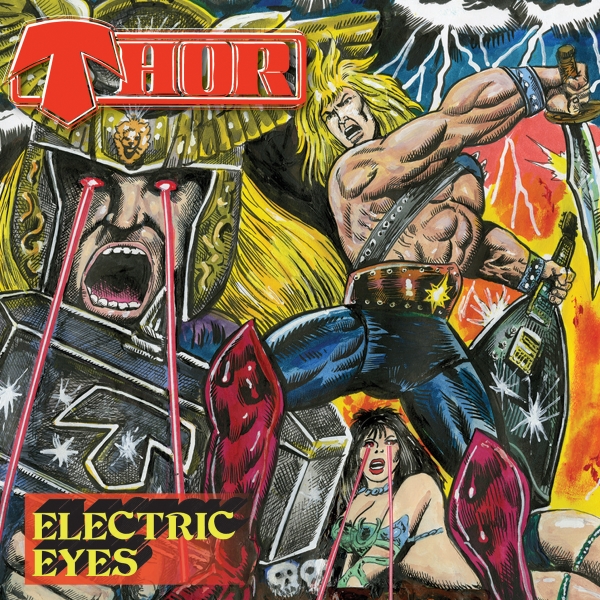 THOR Uncovers A Magical Relic From His Past

Metal Superhero THOR Uncovers A Magical Relic From His Past, Returns To California For Gigs In LA & SF!

Los Angeles, CA – The immortal legend of heavy metal, THOR, continues his reign among the gods of the music world, releasing brand new albums in both 2016 and 2017 that have earned him some of the highest praise of his career and featuring guest stars such as Henry Rollins, Twisted Sister’s Jay Jay French and the recently departed Motörhead guitarist Fast Eddie Clarke. While the throng awaits another new album, the mighty THOR has dipped into his vault and brought forth a treasure of unfathomable value, a lost album from 1979 that has never seen the light of day…until now! Electric Eyes was recorded at the legendary Mushroom Studios in Vancouver, BC (birthplace of classic albums by Heart, BTO, Loverboy, Queesrÿche, and more), and was intended to be the follow-up to THOR’s spectacular 1977 debut album Keep The Dogs Away. However, it was shelved indefinitely as THOR began to develop the glam metal style of his early ‘80s records such as Unchained and Only The Strong. But true followers of this metal icon will find much to love in these never-before-heard recordings including the lead off track “Special Flight” and a superb rendering of the Troggs’ classic “Wild Thing!” Electric Eyes will be released on CD and on digital platforms January 26 via Deadline Music.

The man himself states, “We are fortunate that 40 years later Cleopatra Records is releasing this previously lost album. Back in 1979, I felt really strong about Electric Eyes but it was shelved by the distribution company all those years ago. It was a little more organic and raw than its highly produced predecessor Keep The Dogs Away. I found the dusty box containing the analog tapes in one of the forgotten trunks hidden in my basement. I hope the rarity of this found treasure stokes the sensations and fires of hope that I had at the time it was recorded in the hearts of all who now hear it!”

To celebrate this monumental occasion, the Nordic god himself will be descending upon California for two special engagements in February, including an appearance at the world-famous Viper Room in Hollywood, CA. Don’t miss it!