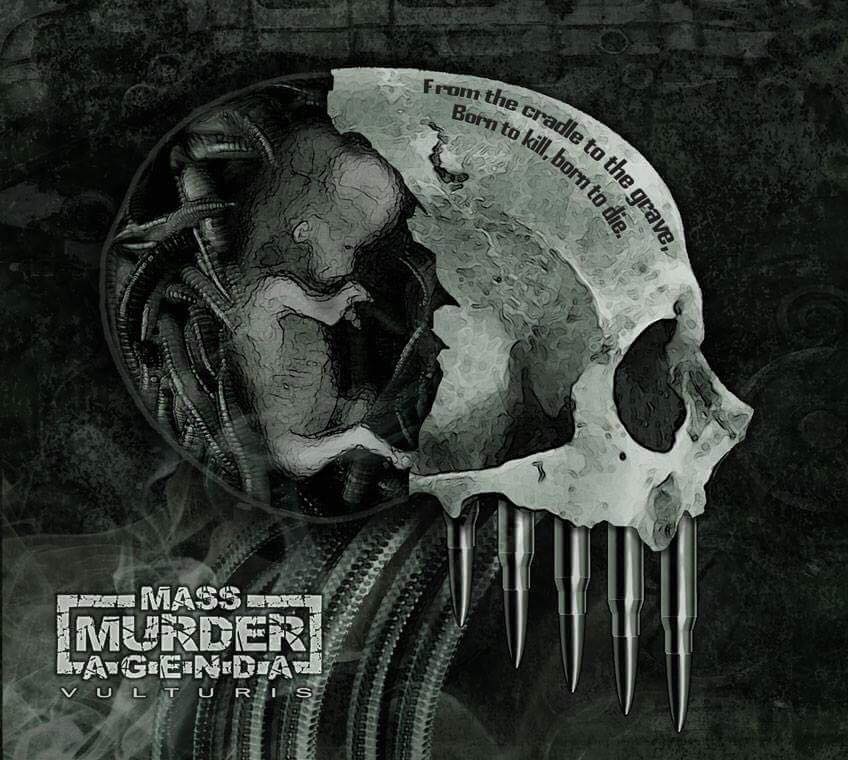 The Swedish act named Mass Murder Agenda quite recently spewed forth this 11-track effort entitled "Vulturis" and the result is a satisfying one. Impenetrable walls of hard and violent guitars, thick and pulsating bass lines, punchy drums, and an atmosphere akin to a nasty crime scene are the order of the day here.

Mass Murder Agenda have conjured up a crushing sound with a rather unpleasant and oppressive vibe to it that brings to mind everything from black metal pioneers Thorns to those German scumbag artists that are Rammstein and further on to that old Swedish industrial outfit named Lithium (for those of you who remember that one). While there is an overriding sense of something industrial and depraved to the proceedings, the record does have a strangely appealing albeit blackened mood to it that is sickeningly charming in many ways.

There are plenty of bombastic and memorable parts to keep one entertained throughout while the calm sections that slide in and out of the picture offer a sense of relief and room for reflection before all hell breaks loose again. The band is tight and sharp, the tunes are disciplined and structured, and the blending of different genres works well. Not every song is a winner, though. "Forever Lucifer" is dreadful while "Crown of Misery" never goes anywhere, but "King of Pigs" and "Gagball" more than make up for that.

In general, one can easily tell the songs apart and most of them possess something that makes them different to one another. The bottomline is that if you are fed up with modern society and consider humanity a plague like no other, the aggressive "Vulturis" opus is exactly what you need. The soundtrack to the impending world collapse? You got it!