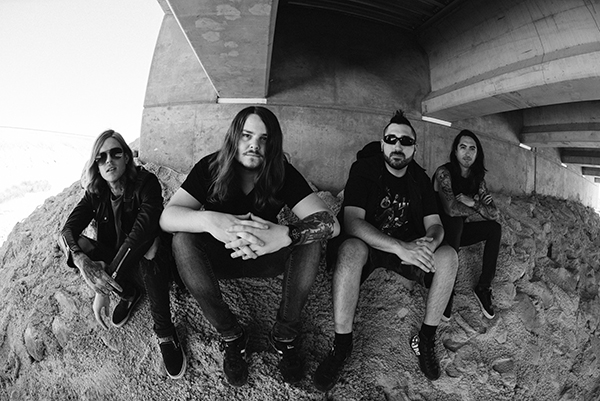 Of Mice & Men —vocalist/bassist Aaron Pauley, guitarist Alan Ashby, drummer Valentino Arteaga, and guitarist Phil Manansala— have shared another new track from their forthcoming and much anticipated album Defy, out January 19th through Rise Records. The song "Money," which is a Pink Floyd cover, is now available to stream on YouTube and several outlets.

Of Mice & Men released the explosive and unforgettable new tracks "Warzone" and "Defy," which followed the previous one-two punch of the singles "Unbreakable" and "Back to Me."
The 4-piece from California just ended their month-long run across Europe with Five Finger Death Punch & In Flames, but will be back in the continent for a headlining tour in April. See the dates below.