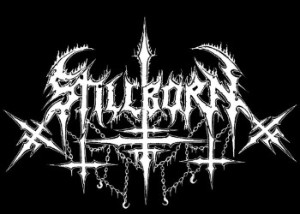 STILLBORN to reissue ‘Mirrormaze’ and ‘Die In Torment 666’ on CD, and announce a new release!

On the occasion of their twentieth anniversary, the death black metal commando Stillborn have prepared a reissue of their first two demos which will now – for the first time – be available on CD limited to 300 copies. Original versions of ‘Mirrormaze’ and ‘Die In Torment 666’ will be released on a single CD, additionally enriched with two, previously unreleased tracks recorded during the recording sessions of the two demos. The cover, the artwork and the whole layout of the release were handled by Bartek Kurzok. A special booklet features hardly known stuff from 1998-2001 that comes from the band’s archives.

The album can already be preordered here: www.store.godzovwar.com
There is also a digital version available at this location: https://goo.gl/zEuM6D

Plus, the band have finished recording their next release, an EP titled ‘Crave for Killing’, which contains nearly twenty minutes of material. The premiere has been scheduled for early spring 2018 as limited 12”MLP, limited jewel case CD and limited MC.